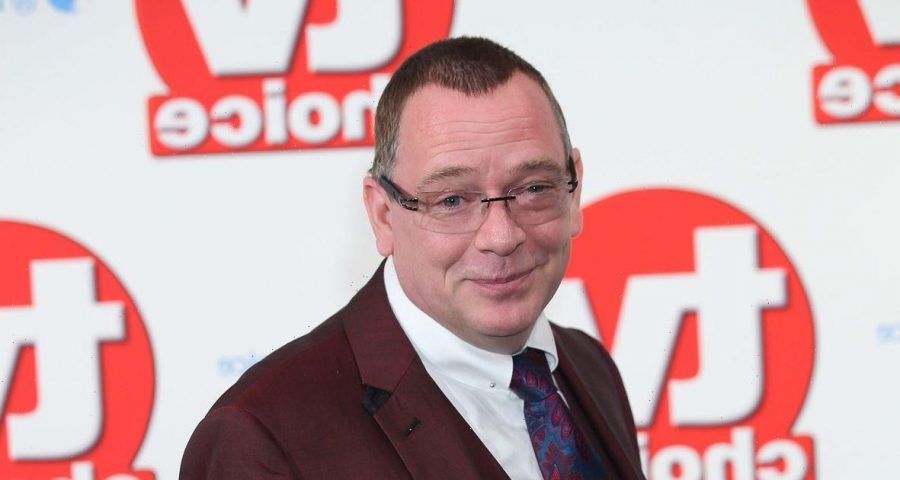 Adam Woodyatt was branded "unrecognisable" by shocked I'm A Celebrity… Get Me Out Of Here! as he revealed his weight loss.

The 53 year old EastEnders legend, who is best known for playing Ian Beale on the famous ITV soap, finally made his appearance on the Ant and Dec fronted soap in a teaser for Thursday night's episode.

However, while the soap star introduced himself in a short video clip, fans couldn't help but be distracted by his health transformation.

Noticing he had lost a significant amount of weight in recent months, one fan tweeted: "I almost didn't recognise Adam, where's the rest of him?"

Another penned: "Wow has Adam Woodyat been in waiting at the castle dungeon for a few weeks already? He's a shadow of his former self?!"

A third added: "Just going to throw it out there but Ian Beale is looking fantastic #ImACeleb."

Last year, Adam spoke out about his weight, revealing that a fan had cruelly called him "fatter than his character" on the soap, which he has been playing since 1985.

He told the How Do You podcast: "This woman looks at me and says, 'You're fatter than you are on the telly'.

"I said to her, 'If I had said that to you, you could go to the papers and say I was being rude, this and that. I'm sorry, I don't like the way you spoke to me'.

Meanwhile, it was finally announced that Adam would be entering the Gwrych Castle camp on Thursday's show alongside Coronation Street's Simon Gregson.

Teasing the entrance, hosts Ant and Dec said: "The Lords have landed, and they're in a battle to feed their new friends because if they suffer defeat… the camp doesn't eat. Roll up, roll up for the scare fair!"

Talking about being a late arrival, Adam, whose biggest phobia is "bugs and rodents", said: "I've known about doing I'm A Celebrity for a long time, and I can't wait to go in now! I don't mind if I am first or last in the Castle – I am just really looking forward to being on the show."

He added: "Why have I finally said yes? Because I am not in EastEnders! That is the honest answer. I am not in contract with the BBC so I can come and do it.

"Everyone thinks I am Ian Beale, and so it's going to be great to show I am not."

I'm A Celebrity… Get Me Out Of Here! continues to air at 9pm on ITV and ITV Hub every night.