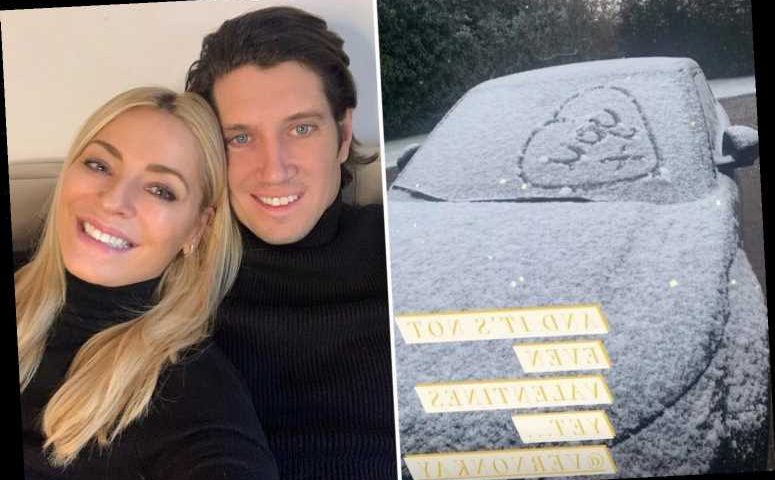 The presenter, 46, drew a heart on the windscreen of her car in the snow with 'you' spelt out in the middle, and signed it off with a kiss. 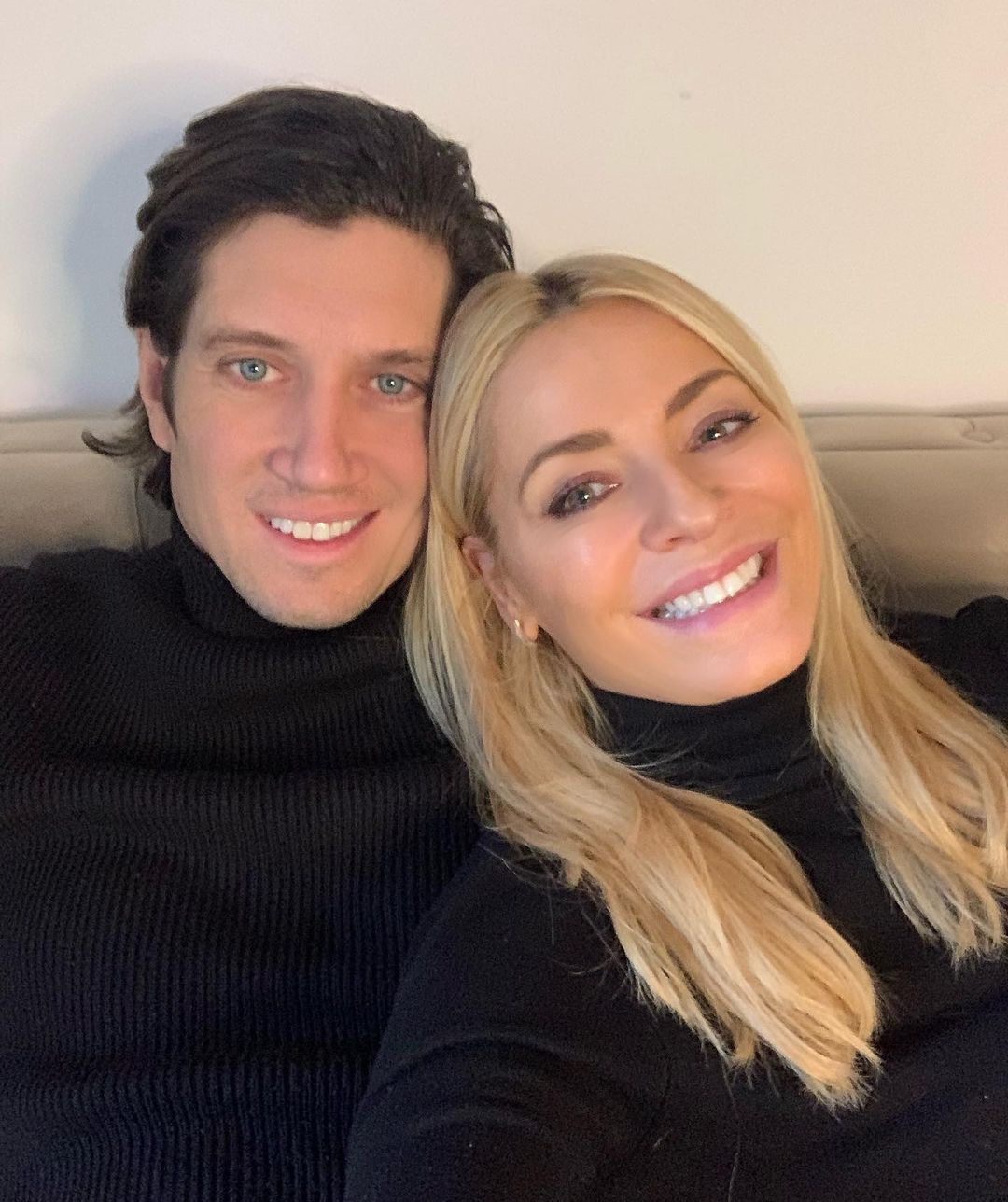 Vernon got in there early with his romantic gesture before Valentine's Day this Sunday, and Tess, 51, was certainly surprised.

Tess, posted a picture of Vernon's message on her Instastories.

She wrote: "And it's not even Valentine's yet @vernonkay, " and sealed it with a heart emoji. 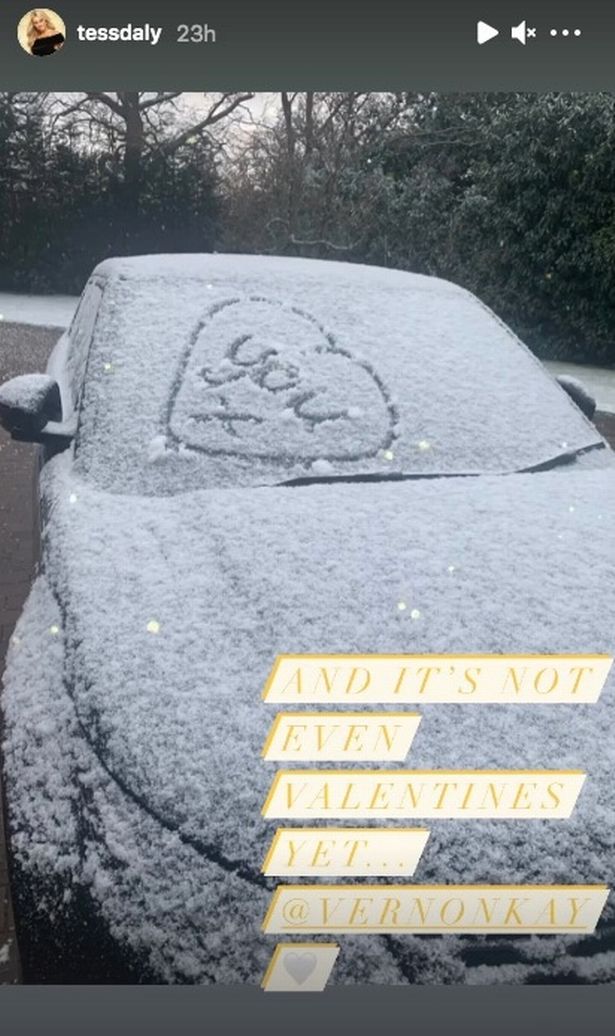 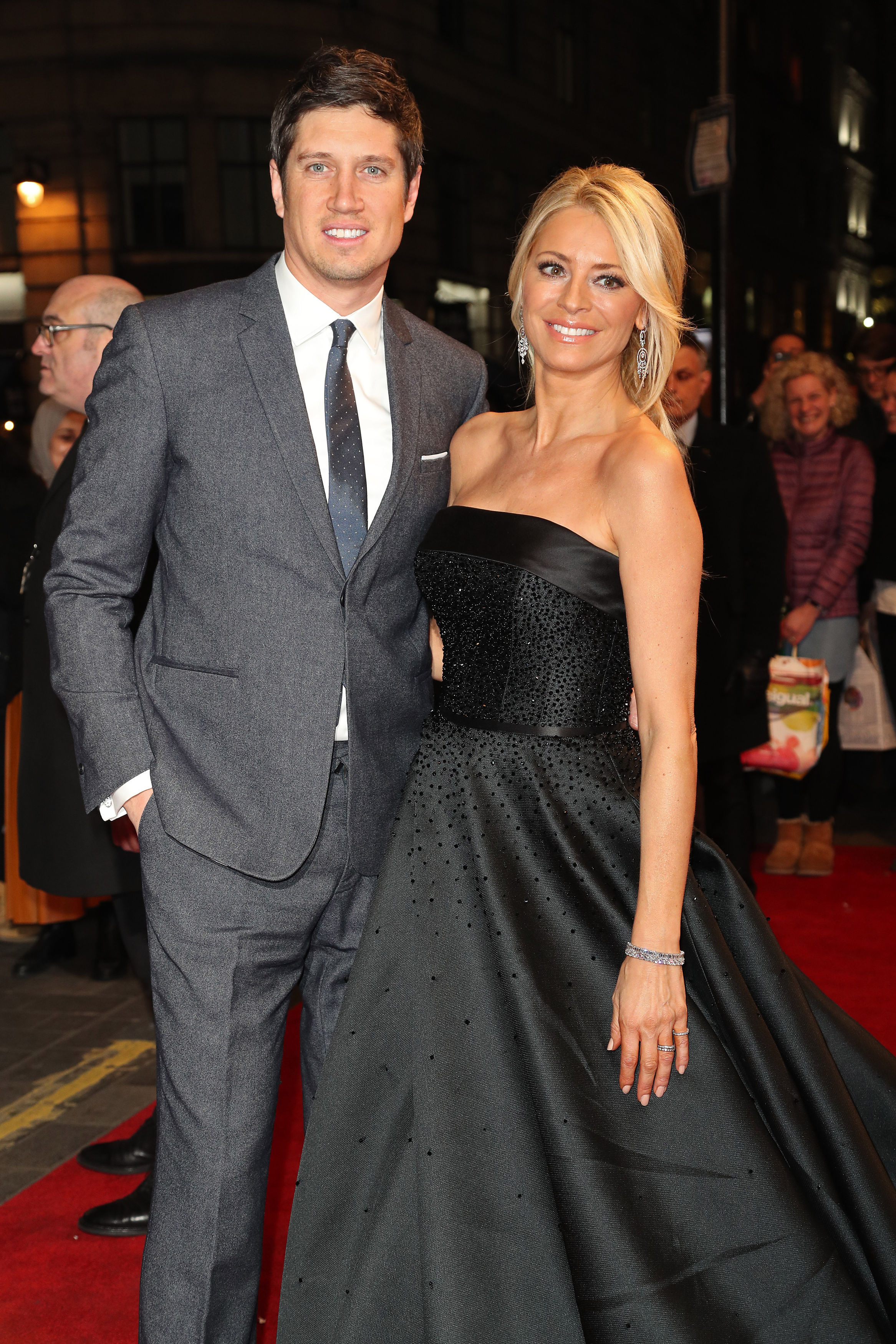 Tess had been cheering on Vernon all the way through his I'm A Celebrity Get Me Out of Here! stint last year.

She posted loved up selfies of them together as the family cheered him on from their sofa.

Tess was so proud when Vernon returned home to his family as a runner up on the show in December after weeks away in freezing Gwrych Castle inWales for the 2020 series of the I'm A Celeb. 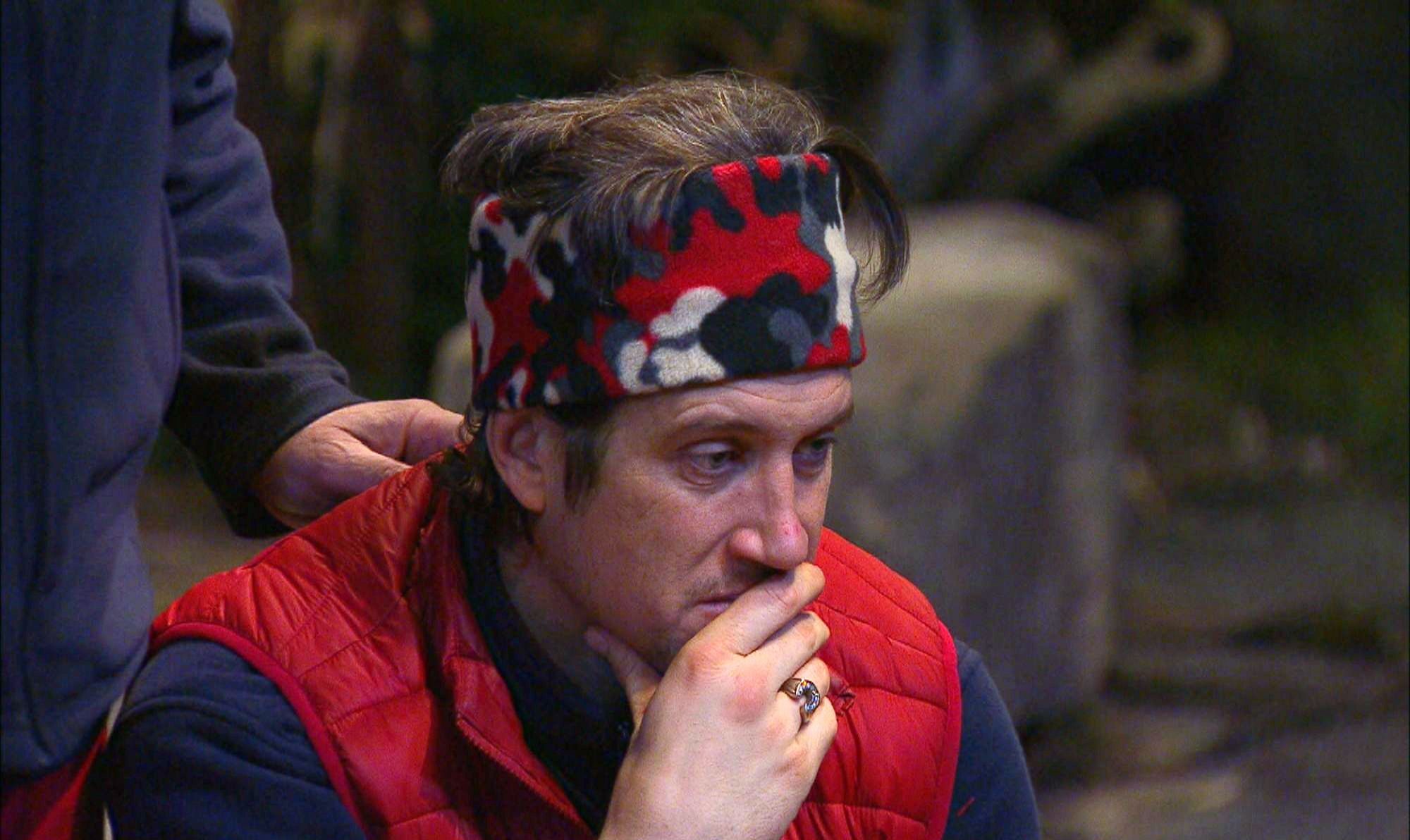 Paying tribute to him in a sweet message on Instagram she wrote: "After almost 5 weeks away (2 and a half in isolation before going into the @imacelebrity Castle) it’s so good to have him home. Now it’s time to get that Christmas tree up…!"

No wonder she was so happy to have him back.

She revealed she sobbed watching hubby Vernon Kay suffer in the I’m A Celebrity castle.

The couple were out of contact for five weeks — but she said their enforced separation made them appreciate each other more than ever before. 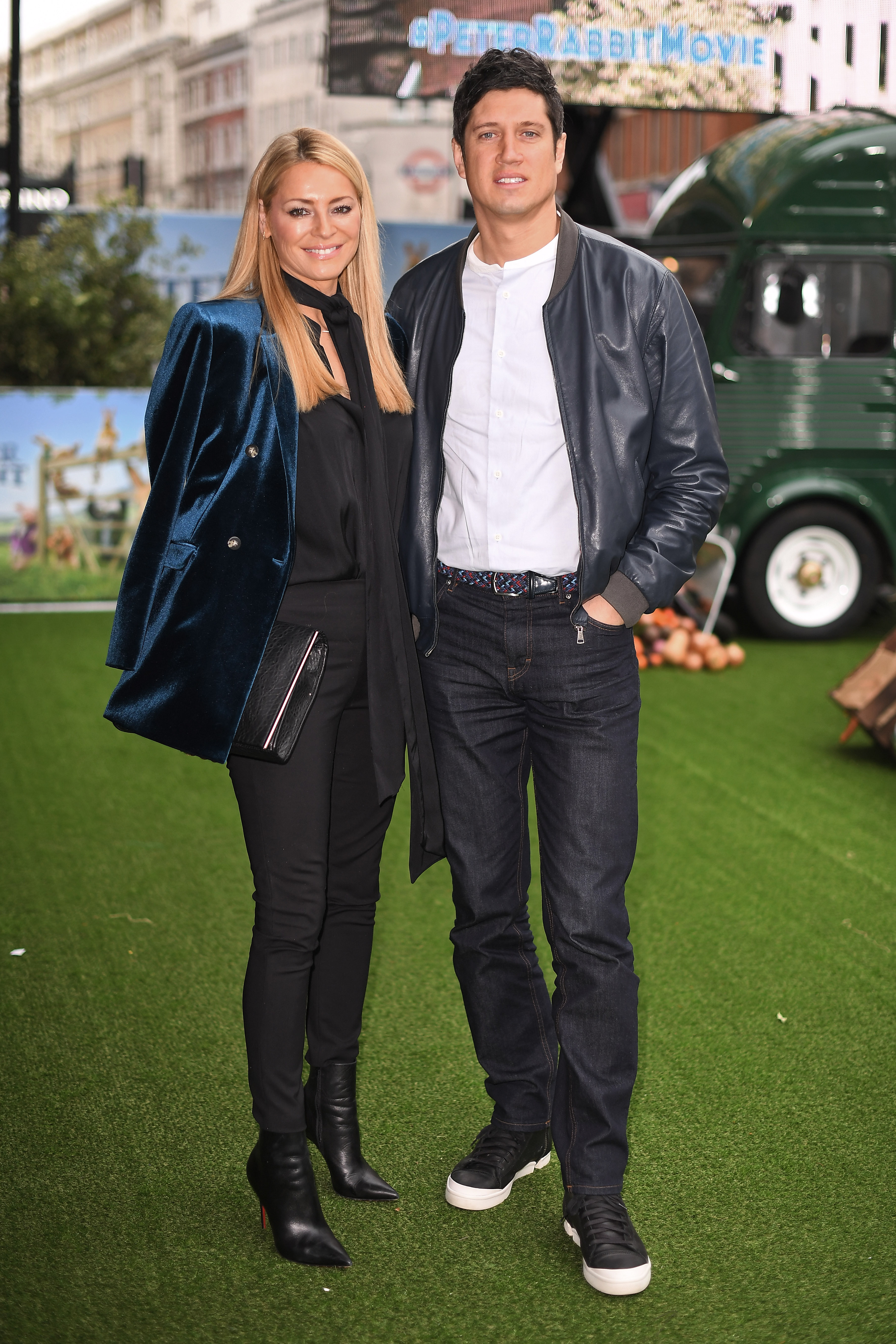 She said: “Every time he welled up on the TV, I would find myself welling up because I felt like I was going through it with him.

“I mean I was fed and never cold — but he slept on the floor for two and a half weeks, which the edit didn’t show, because he didn’t fit in the beds.

"So whenever he welled up, I felt like I was going through it with him.”

Despite being separated for more than a month, Tess admits their relationship is stronger than ever — and said the secret is a simple one.

She said: “As long as you still fancy each other, I think that goes a long way. I definitely do.”