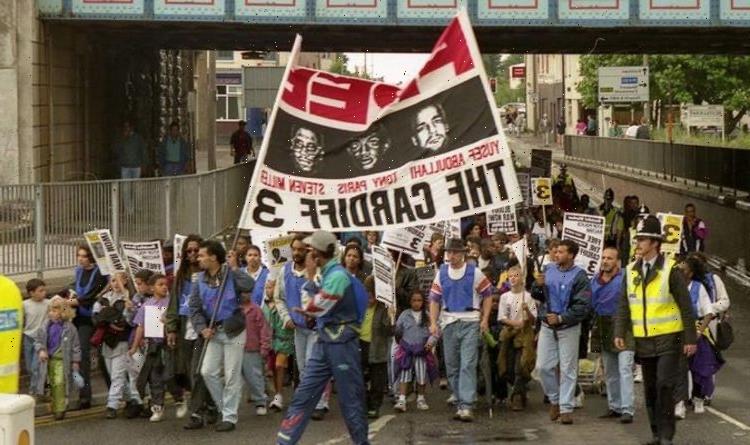 A Killing in Tiger Bay is premiering this evening, Thursday, September 9, at 9pm on both BBC Two and BBC One Wales. The series revolves around a murder taking place in Cardiff in the 1980s. Here’s everything you need to know about the upcoming crime series.

Is A Killing in Tiger Bay based on a true story?

In short, yes, A Killing in Tiger Bay is based on real-life events.

The BBC mini-series is a three-part documentary which will show what happened leading up to the murder of Lynette White, the incident itself and the controversial aftermath.

The series will kick off tonight with new episodes airing weekly on BBC Two but there is also the option of binge-watching the entirety of the series on BBC iPlayer, once the first episode is shown on TV.

So what exactly happened which led to the making of A Killing in Tiger Bay?

Lynette White was stabbed more than 50 times in her docklands flat in Cardiff on Valentine’s Day, 1988.

At the time, detectives said they were looking for a white male as a suspect after witnesses saw someone of this description leave the premises shortly after the murder had been committed.

However, 10 months after White’s death, the police arrested and charged five black and mixed-race men for the murder.

One of which was White’s 26-year-old boyfriend Stephen Miller who had the mental age of an 11-year-old.

Having conducted nearly 20 interviews, the police obtained a false confession from Miller.

In the new documentary, Miller said: “I felt like a prisoner of war.

“They just took me off the streets, and told me I done this.”

After spending two years in custody, cousins John and Ronnie Actie were cleared by a jury at a second trial.

Meanwhile, Miller, Abdullahi and Paris were found guilty and given a life sentence each.

The men became known as the Cardiff Three from then on.

A huge campaign followed to have the wrongly accused men released from prison.

In 1992, campaigners were successful as a Court of Appeal ruled that a gross miscarriage of justice had occurred and the men were freed.

But it wasn’t until years later the actual murderer was found and convicted.

Thanks to the advancement in technology, DNA samples were found of security guard Jeffrey Gafoor, which linked him to the murder.

He admitted he was the man to have murdered White and was sentenced to life in prison in 2003.