Horror fans will be delighted to hear that IT: Chapter Two is coming soon. The second movie in the horror film series will be released in the UK on September 6 and it looks likely to be even scarier than the first one. Based on the Stephen King novel the second IT film sees bloodthirsty clown Pennywise return to Derry, Maine with a vengeance.

Pennywise only emerges from the sewers every 27 years to reek havoc on Derry’s population.

In the first film a plucky group of teenagers take on the evil creature after children in the town disappear.

While Pennywise seems to have retreated at the end of the first film, the characters make a blood pact to fight him if he ever returns.

Now, more than two decades later, Pennywise is back and the grown-up Losers’ Club members return to fight him. 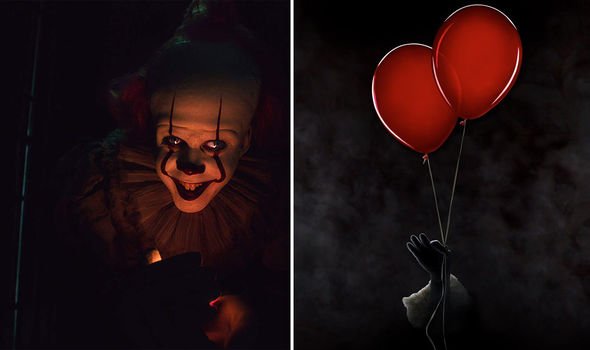 This film promises to be scarier than the first with Pennywise more vindictive than ever.

Actor Bill Skarsgård who plays Pennywise told Entertainment Weekly: “His last line – ‘Fear…’ – is him experiencing it for the first time, and he’s sort of shocked and perplexed and surprised. Like, what is this?”

After he was turned against at the close of the first film, It: Chapter Two sees Pennywise on a quest for vengeance.

“It fuels hatred and anger towards the kids, who will be adults in this one, so I think there might be an even more vicious Pennywise. He’s really going after it.”

Actress Jessica Chastain who plays a grown-up Beverly, has dropped a massive hint this film will be scarier than the first.

“It might be a spoiler, but in the movie there’s a scene that someone said on set that it’s the most blood that’s ever been in a horror film, in a scene.”

What is the age rating of It: Chapter two?

The first IT film was rated 15 in the UK.

Directed by Andy Muschietti, It: Chapter Two has an R rating in the USA which is equivalent to a UK 15 rating.

The film is yet to receive a rating from the British BBFC board. 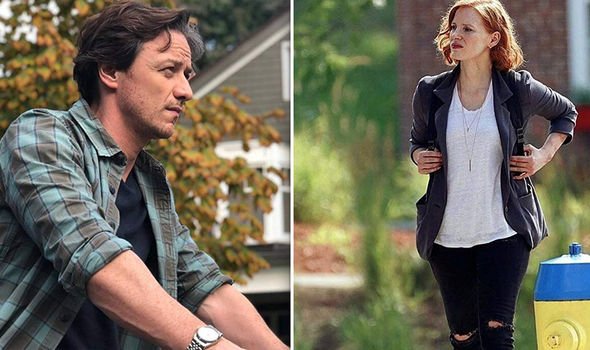 Will Pennywise be killed?

The movie’s trailer only dropped this week prompting huge speculation around whether Pennywise will be killed this time round.

The hair-raising snippet shows grown-up Beverly return to her childhood home in Derry.

There she has tea with a creepy old lady who ominously tells her: ”You know what they say about Derry, no one who dies here ever really dies.”

As Beverly looks at around at the black and white photos in the room it becomes clear something is not right. 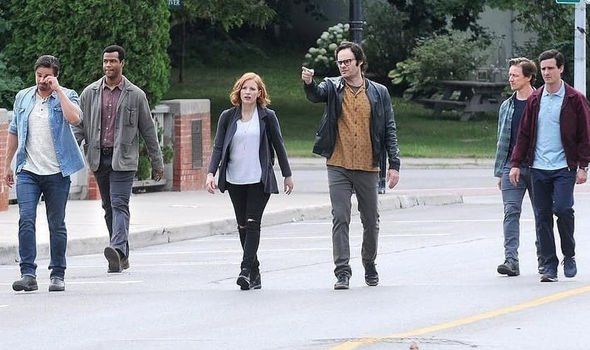 From the flies crawling up the dirty windows, to the old woman’s admission that her Daddy was in the circus, you can cut the tension with a knife.

Then out of nowhere the woman viciously attacks Beverly and the scene cuts.

Key plot details about the highly-anticipated horror flick are being kept under wraps for now.

We’ll have to wait to find out if the Losers’ Club manage to get Pennywise for good this time round.