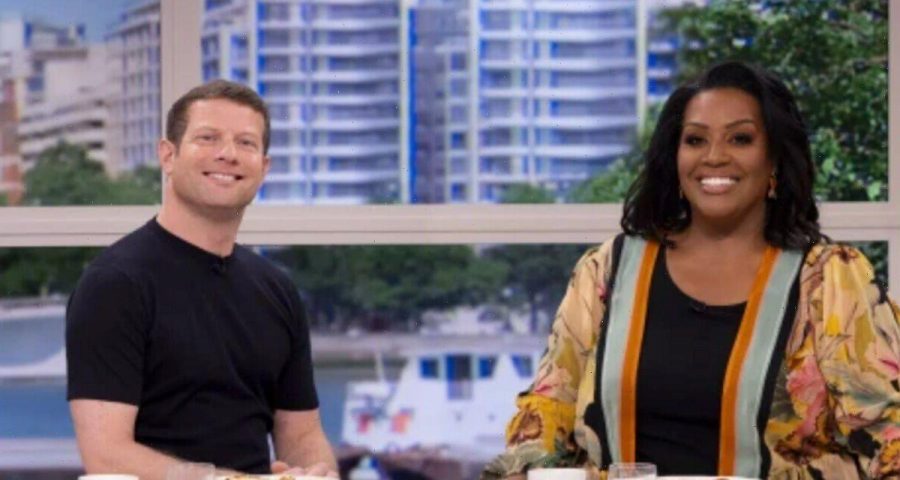 Alison Hammond reveals there's 'someone in her life'

Alison Hammond and Dermot O’Leary have become a huge hit with viewers ever since they stepped in to replace Eamonn Holmes and Ruth Langsford on their Friday This Morning slot. In the past, the duo have also opened up about their dynamic and revealed they had to work on their partnership.

However, it has recently been rumoured that the pair have been “bickering” backstage and staff have picked up on “off-air tensions”.

Although, ITV bosses have since clapped back at the claims that the pair are struggling to get along, with a spokesperson telling Express.co.uk that the rumours were “nonsense”.

They said: “Despite the challenges of starting their on-screen partnership during a pandemic, Alison and Dermot have developed a firm friendship, and their chemistry has proved a ratings success.”

“Since the pandemic ended, the pair are now able to enjoy socialising together post the show and have enjoyed spending time with each other’s families too,” the source added.

The rumours come from the pair previously admitting to confronting one another about their respective presenting styles.

A source told MailOnline: “They came from very different backgrounds. Dermot has been a big star for many years and has presented some big shows, while Alison has always wanted a less high-profile career and has far less experience.

“They are impatient with one another, mainly because they do things so differently. It has led to on-set bickering and awkward tensions off-air.”

Alison and Dermot were “thrown together” as a presenting duo during the coronavirus pandemic lockdowns and have recently opened up about the challenges they had faced.

“We literally were thrown together, like an arranged marriage, it took about two months before we became comfortable,” Alison told fellow ITV presenter Lorraine Kelly.

Dermot also explained: “When you start a show, and you start with someone, they normally go, ‘Oh, you need to meet so and so. This is the person we’re thinking about pairing you with’.

“You go out for lunch, or you have a meeting. But this was literally like, ‘You’re on air in half an hour’.

Alison also revealed the pair had spoken to one another about what they “didn’t like” about each other’s presenting styles.

“All really tiny small things but the fact we were honest and able to talk to each other, I think that’s why it’s worked”.

The pair’s bubbly and close relationship was recently seen when Dermot accidentally let slip that Alison had met someone romantically.

As the pair caught up on Monday, May 30, Dermot playfully teased: “You’re not available anymore are you.”

Alison laughed and asked: “What do you mean I’m not available? I’m available!” before a flustered Dermot responded: “I don’t know, now I’m really confused.”

This Morning airs weekdays from 10am on ITV.