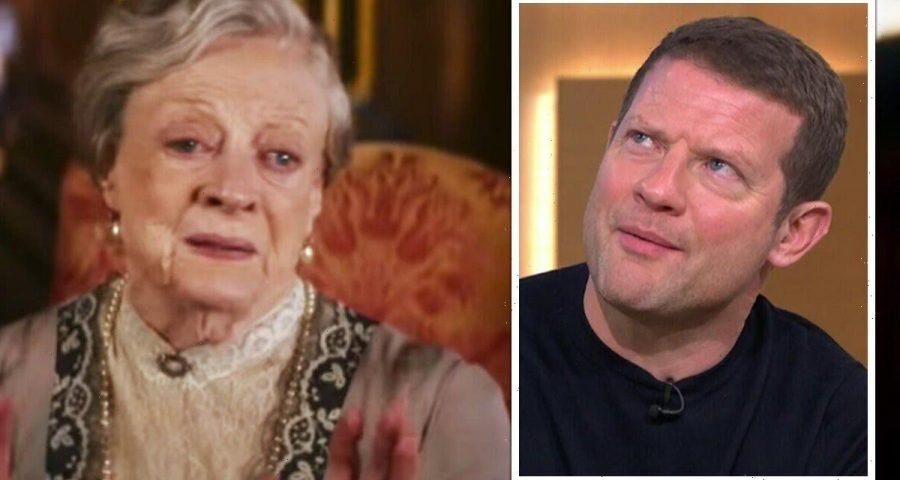 This Morning and Lorraine viewers have lashed out at ITV for its “obsession” with Downton Abbey: A New Era which hit cinemas on Friday. The two shows have been promoting the period drama throughout the week. Friday’s instalment of This Morning even opened with an orchestra playing the Downton Abbey theme tune which was repeated later in the episode and irritated many viewers.

The orchestra’s performance came five minutes after Lorraine Kelly had concluded her ITV show with a segment on Downton Abbey inspired outfits.

Following the orchestra’s rendition of the famous theme tune, Alison Hammond and co-host Dermot O’Leary welcomed viewers to the final instalment of the week.

Dermot said he was transfixed by the music, while Alison described the orchestra as lovely as they welcomed fans to a “classy” edition of the talk show.

While the cast of the film would not be joining Dermot and Alison on This Morning, Sophie McShera, who plays Daisy Mason, was interviewed on Lorraine less than an hour earlier.

Dermot then told the cameras they will be “celebrating all things Downton throughout the show,” and the “orchestra will be back later” which did not sit well with This Morning fans.

Many viewers took to Twitter to express their frustration over ITV promoting Downton Abbey across the week.

Jay Baker remarked: “Downton Abbey the film is out today. Not like This Morning has reminded us on Monday Tuesday Wednesday Thursday and today… #ThisMorning.”

@ThisisTL1 added: “Is this going on again??? #ThisMorning. Shut up about Downton Abbey. Stop going on about it.” (sic)

Despite the backlash, other viewers expressed their excitement about the new film.

@Beckie_Miller_ said: “I used to moan about Downton Abbey but then I got into it and I love it! #ThisMorning”

Downton Abbey favourite Jim Carter will be reprising his role as Mr Carson in the new film.

He will be joined by Dame Maggie Smith as Violet Crawley, Michelle Dockery as Lady Mary and Matthew Goode as Henry Talbot.

Ahead of the film’s launch, Lady Mary star Michelle Dockery teased: “We are moving into a new era and things are beginning to change.

“It’s below stairs where there’s more happening, so it was really interesting to have that energy upstairs.”

The plot for the new film follows the Crawley family as they travel to France to uncover the mystery of a countess’s newly inherited villa.

This Morning airs weekdays at 10am on ITV and Lorraine airs at 9am on ITV.