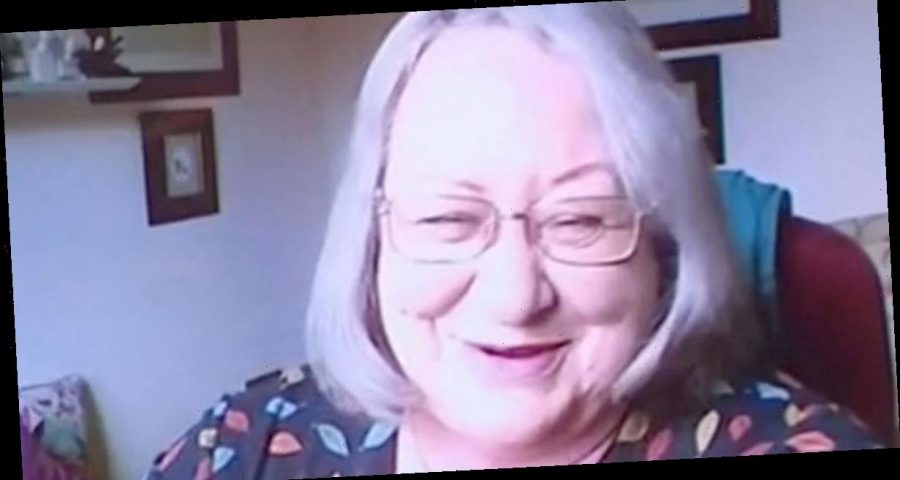 The internet sensation came face to face with Anton during Monday's Steph's Packed Lunch on Channel 4.

She has previously said she'd prefer to look at Anton than take part in Strictly, and her wish came true on live television.

Anton told her: "I'd love it you could do Strictly Come Dancing. I think we'd make a fabulous team."

Jackie replied: "I think we would as well, Anton. I've always felt very fond of you and I still hope there's going to be a series that you win and, sadly, I know that would not be with me."

Steph McGovern asked Jackie what she likes about Anton, and she said: "Whoever his partner is, whatever their level of skill, and I'm mindful it’s perhaps not always as high as he might hope for, he always makes them feel like they are a princess."

Anton told Jackie that he thought she'd be "ideal in front of Craig Revel Horwood" and she should "reconsider [her] stance on dancing on Strictly Come Dancing" with him as he'd be "delighted".

Jackie said in response: "I feel like a princess already!"

Jackie said: "In the moment, you try and hold it together but I look back on it thinking "that was a tough night"."

Video clips of the Handforth Parish Council meeting were uploaded to Twitter, it was soon shared thousands of times.

Jackie became the fourth trending item on Twitter on Thursday.

The jaw-dropping video saw a frosty atmosphere between members as councillors traded insults and the chairman and vice-chairman were booted out of the virtual chat by Jackie.

Brian Tolver, chairman of the meeting, declared: "You have no authority here Jackie Weaver", as she tried to confirm her authority as a proper officer.