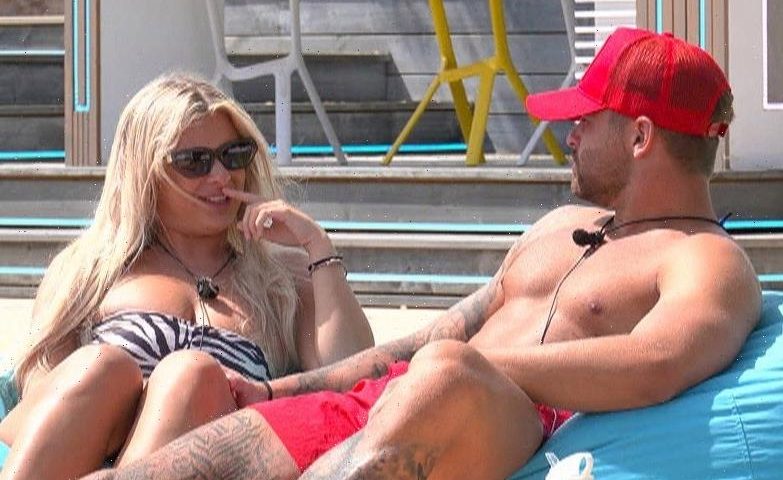 A sneak peek following last night's cliffhanger ending shows the couple gathering their co-stars around the firepit to reveal they have "an announcement". 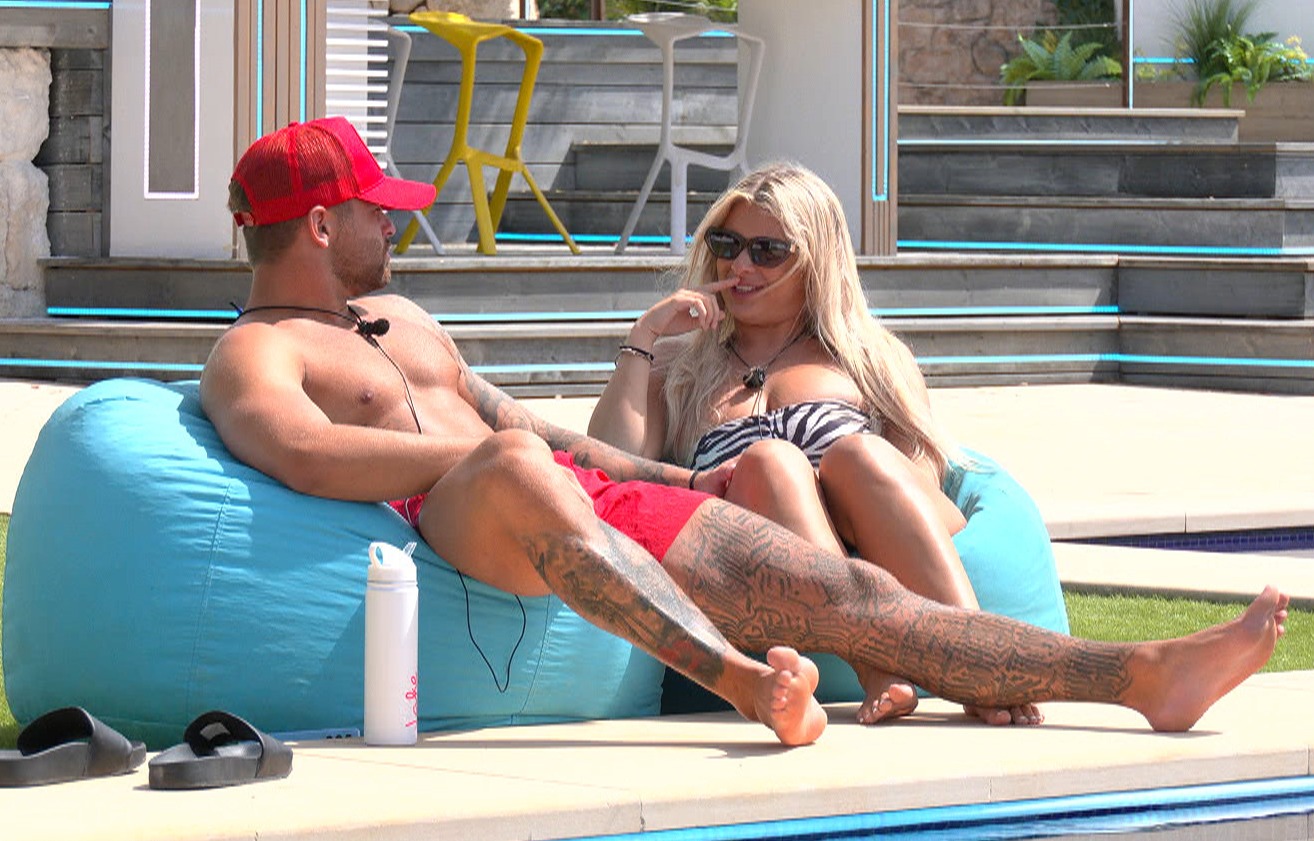 While many hoped they're set to rekindle their romance on their final date onboard a yacht in the Mediterranean sea, others believe they're revealing plans to walk out early.

One viewer said: "If Liberty and jake were getting back together lib would have pulled the girls and told them and jake would tell the boys but it seems like they are leaving because they gathered all of them at the fire pit."

Another commented: "Jake and Liberty are leaving tomorrow,good riddance Jake,Liberty love you x kaz and Tyler to win."

Someone else said: "So the sneak peek to tomorrow night!!! Let me take a huge leap and say jake and Liberty go on their boat date and come back and say they are leaving the villa."

Meanwhile others are conflicted about the short preview clip after seeing "upbeat" Liberty return from the villa.

They're convinced they've spotted Liberty wearing Jake's bracelet once again – and have hopes they're back together.

"Jake and Liberty have connected bracelets and got back together, telling you now," one fan tweeted.

But others pointed out it could be Liberty's hairband and NOT the bracelet.

In last night's show Liberty broke down in tears as she dumped Jake and slammed their "fake" relationship before storming out of the villa.

The 21-year-old made the decision after seeing how happy Faye and Teddy were after their final date on the ITV2 show.

Earlier in the episode Jake mocked Liberty saying she gave him "the ick" – which turned out to be the final straw for the Brummie student.

She ripped off her mic and ran outside crying as Faye chased after her.

The sobbing Islander told Faye: "I can just tell I'm giving him the ick over little things like being messy and things like this.

"Just like today with him putting himself down, I was like 'Babe you look good you look fit', and he looked at me funny saying 'oh it's all about you' isn't it or something like that.

Water engineer Jake eventually made his way over to the girls and Liberty poured her heart out to him.

"I just want to be with someone who loves me for me, the big heels, eyelashes, everything …"

Jake was left struggling for words but insisted: "I've never said I wanted you to change."

The pair failed to come to a decision and took a break from the tense chat, though later when Jake tried to approach Liberty she refused to kiss him.

She pulled him for another talk and said as they sat on the bean bags: "I just don't feel like you do love me or you are into me, and if you did, messiness and things like that wouldn't be a thing."

Jake replied: "I feel like I can't battle my corner, you don't feel happy with anything I say anyway.

"You see things differently to how I see things."

Liberty replied: "But then shows we're not right for each other."

And he said: "If it does it does, that's the way things is. I can't change for anyone, you can't. I can't think about splitting up with you. I came in here to find someone and I've found someone ..

"It breaks my heart to say this but maybe it is best we go our separate ways then. I'm sorry that you've felt like that, it's something I need to work on in the future, and I hope you find someone who accepts you." 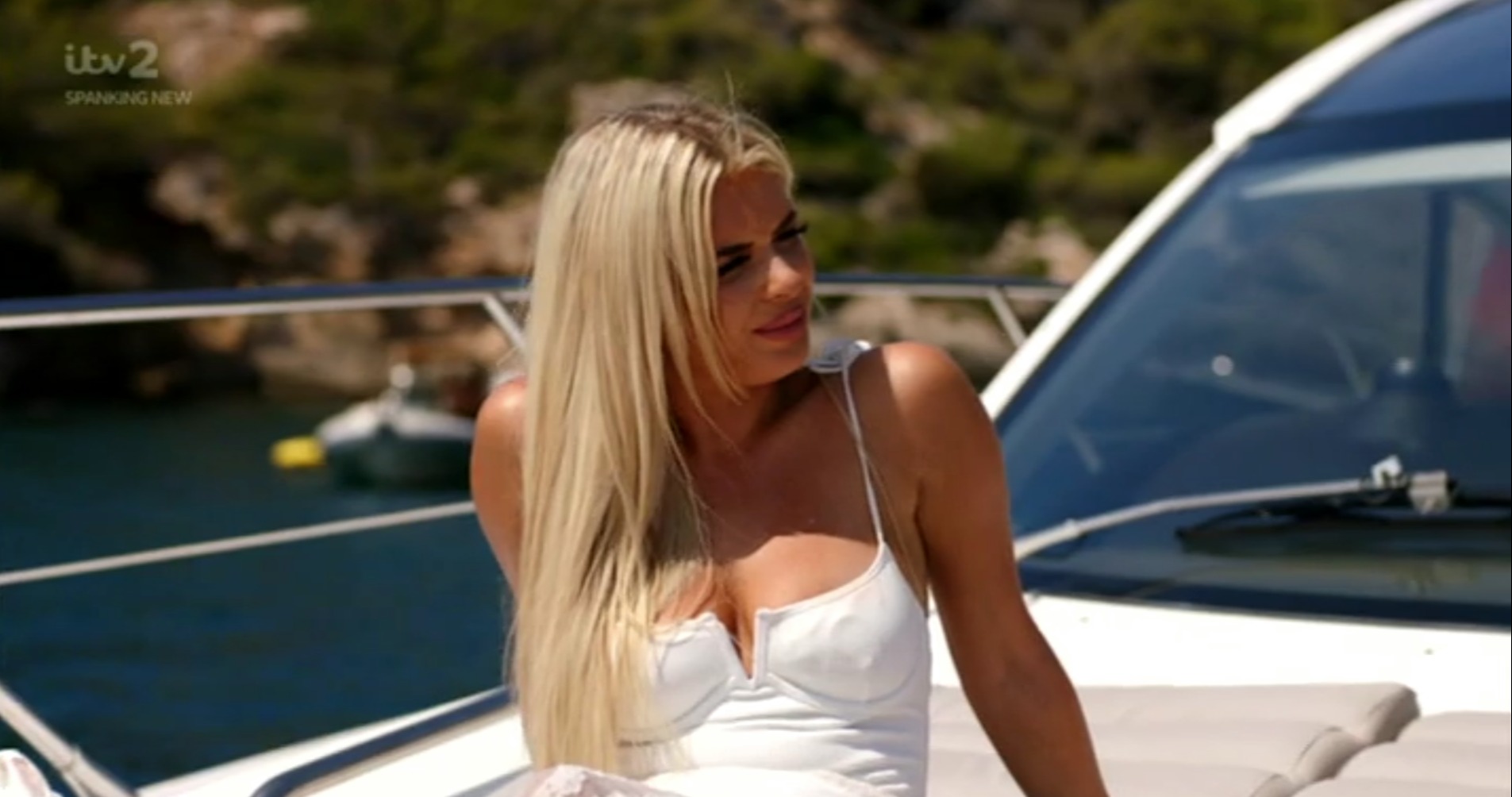 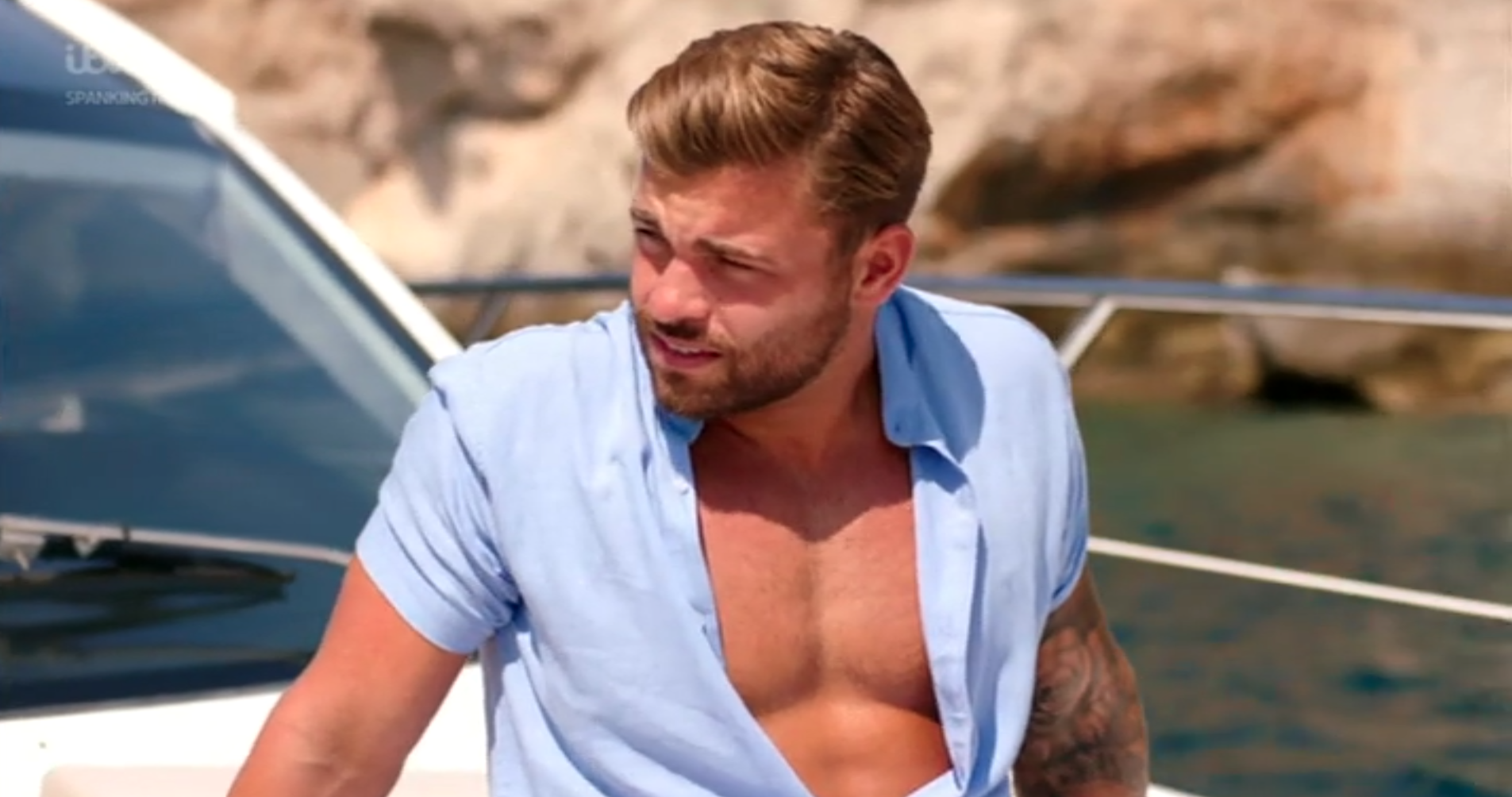 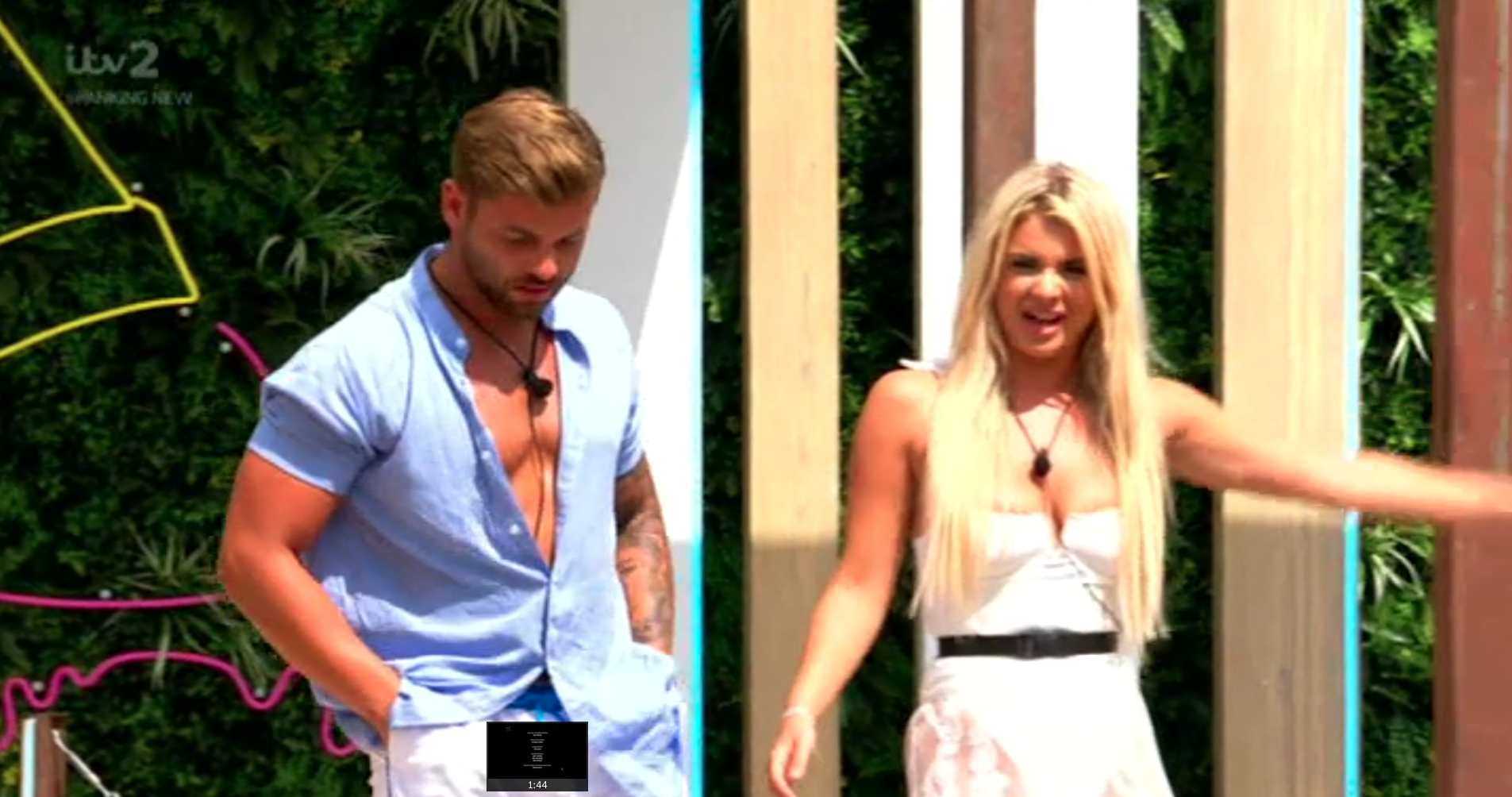 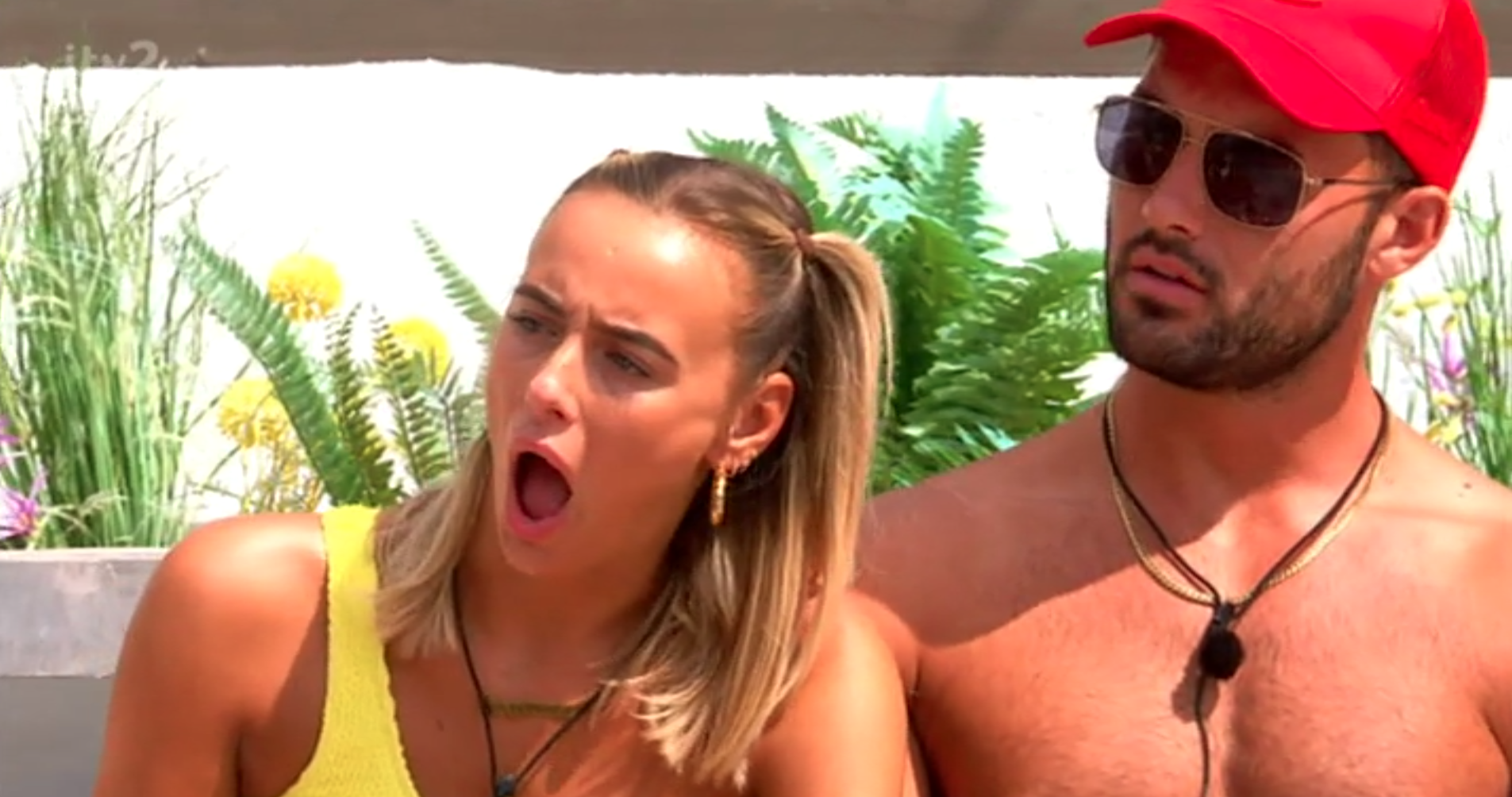