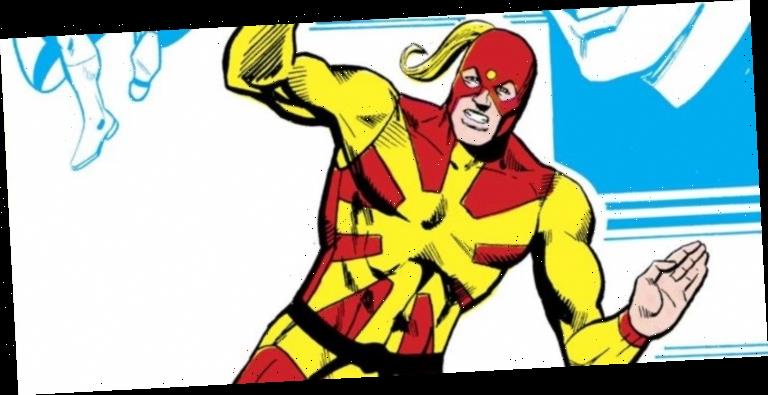 Leave it to James Gunn to dig deep in the DC Comics canon to find a new obscure superhero to add to the Peacemaker ensemble. Nhut Le has been cast in the HBO Max The Suicide Squad spin-off as Judomaster, joining a cast that is led by John Cena.

This is apparently the year for Judomaster, a somewhat obscure DC character who makes his live-action debut in Peacemaker after an un-costumed Rip Jagger (the first of three characters to take on the mantle of Judomaster) makes his film debut in the 2021 animated film Batman: Soul of the Dragon.

Created by Joe Gill and Frank McLaughlin, Judomaster first appeared in Charlton Comics Special War Series #4 back in November 1965. He was originally known as Hadley “Rip” Jagger, a sergeant in the U.S. Army during World War II. The character was ultimately sold to DC, and became a member of the All-Star Squadron, DC’s team of superheroes during World War II, although he has never appeared in an actual published story as a member of the team. A new Judomaster created by Paul Kupperberg and Michael Collins would debut in Justice League  Quarterly #14 (1994), but a revival of Rip Jagger and Gail Simone’s creation of the female Judomaster, Sonia Sato (appearing in Birds of Prey #100), sent this version to comic book limbo.

Gunn has made a practice of working his movie magic on lesser-known comic book characters — famously turning the Guardians of the Galaxy into some of the most beloved characters of the Marvel Cinematic Universe — and will likely do the same with The Suicide Squad and its HBO Max spin-off Peacemaker. Judomaster is certainly an obscure-enough character that Gunn can do with it as he wishes, so it’s difficult to know what to expect with the character.

As for Le, he’s mostly known for a recurring role on Comedy Central’s The Kroll Show, appearing as Inuit Andy between 2013 to 2015. His most recent credit is the Disney Channel TV series Raven’s Home in 2018.

HBO Max first announced the Peacemaker series in September, as part of the WarnerMedia streaming platform’s strategy to spin off its DC properties into TV shows that will bring more eyes, and more subscribers, to its service. But Gunn was already ready with a lockdown-written script, and the series quickly came together, with Cena boarding the project alongside Danielle Brooks (Orange is the New Black), Robert Patrick (Terminator 2: Judgment Day), Jennifer Holland (Brightburn), and Chris Conrad (Patriot), Steve Agee (Guardians of the Galaxy, and Chukwudi Iwuji (When They See Us).

Gunn’s series will show how Peacemaker became “a man who believes in peace at any cost — no matter how many people he has to kill to get it.” Gunn and The Suicide Squad producer Peter Safran will serve as executive producers of the series, with Cena as co-executive producer.