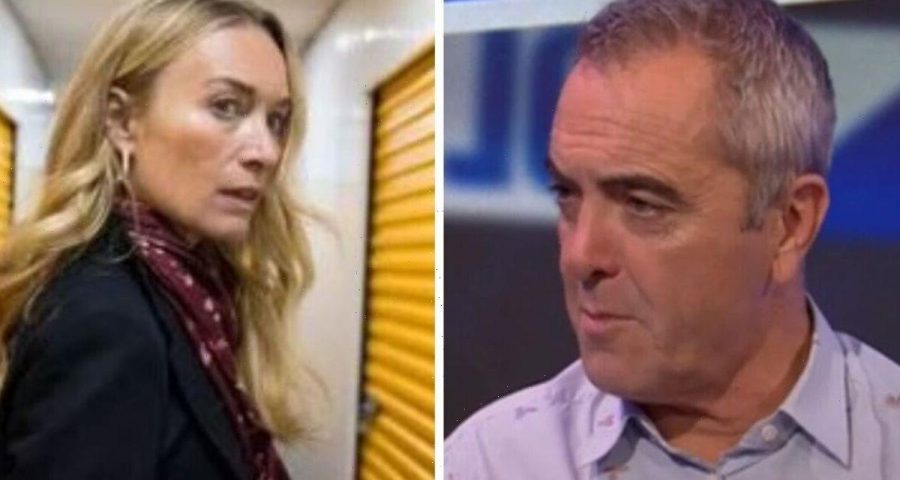 The One Show: Alex Scott opens up about book

On Thursday’s instalment of the BBC’s The One Show, hosts Alex Jones and Ronan Keating spoke to Bloodland stars James Nesbitt and Victoria Smurfit. Although Victoria is starring in the BBC drama as newcomer Olivia, it’s not the first time the duo have worked together. Two decades ago they played star-crossed lovers in the drama Cold Feet.

The highly anticipated second series of Bloodlands returned to screens at the end of September after fans had to wait over a year to catch up with DCI Tom Brannick.

In a shocking twist, fans saw him confess to Tori Matthews (Lisa Dwan) that after all this time he was the serial killer Goliath, who killed her father.

Ending the BBC crime drama with a huge bombshell, fans have been waiting to see what will happen to the DCI.

Series two sees the introduction of the character Olivia, who is the widow of an accountant whose murder could expose Goliath’s true identity. 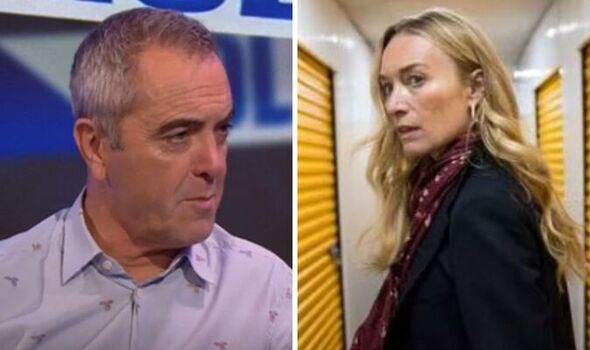 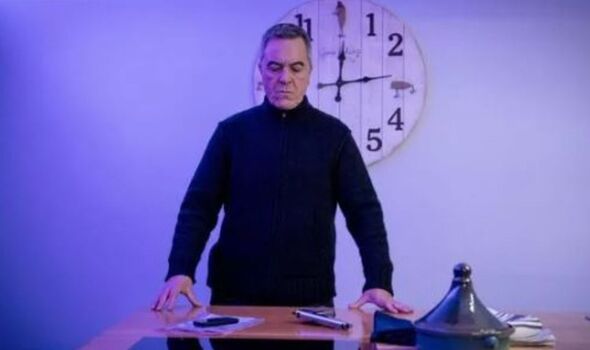 Although this is actress Victoria Smurfit’s first appearance on Bloodlands, she and actor James Nesbitt have worked closely together before and they were excited to be reunited.

Speaking about being on-set together again after all this time, James said that nothing had changed

He said: “What’s funny you know, people think that when you work with someone closely you then spend all your time with them, we haven’t seen each other for years and years.

“Because of the odd nature of the job we do and because it was quite intense and a fun relationship before all those years ago, we get together and there we are, and you just pick up.

“It’s great to have a different dynamic but I hope that people think that the chemistry is quite good, because it was back then and it is now.”

His co-star echoed his thoughts on coming back to work together after all these years as she compared their relationship to being like family.

Victoria told The One Show hosts: “It’s literally like picking up with a family member that you didn’t talk to for a while.”

Surprising the two guests, Alex told them they had a clip of them from ColdFeet which featured James naked cooking eggs in an apron. 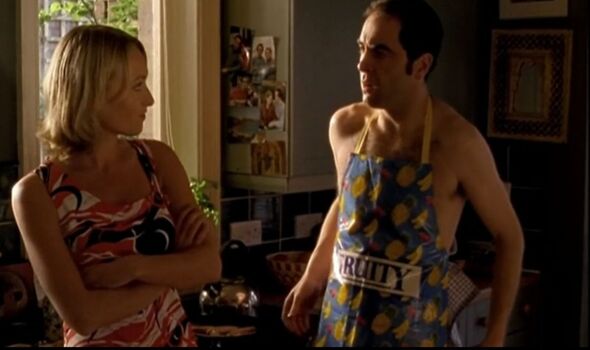 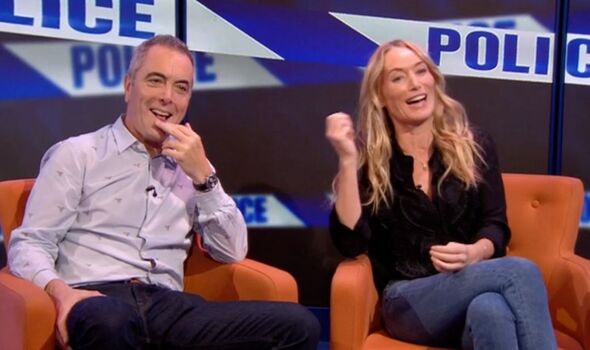 Both laughing at the clip, Victoria confessed that particular moment was the second most fun, next to the infamous scene involving James clenching a rose between his bottom.

He remarked: “Noone has asked me to do those scenes anymore, it’s all gone a bit South!”

Elsewhere in the interview, the star teased what fans can expect to see in the new series following the bombshell that he was the serial killer all along.

James said it’s going to be interesting for people to watch and be aware of his dark secret that no one else in the show is aware of.

Wanting to get more information, Alex questioned if DCI Tom Brannick will be rumbled at all within the new series.

He replied: “I think it’s constantly leaning towards that, it’s an interesting character to play because obviously he has a very dark secret and there’s a side to him that’s quite Jekyll and Hyde I suppose.

“But, he would suggest that he’s doing it all for his daughter so it’s interesting for the audience to constantly be thinking there’s a goodness and decency to the man at his core.”

Bloodlands airs on Sunday on BBC One at 9 pm,