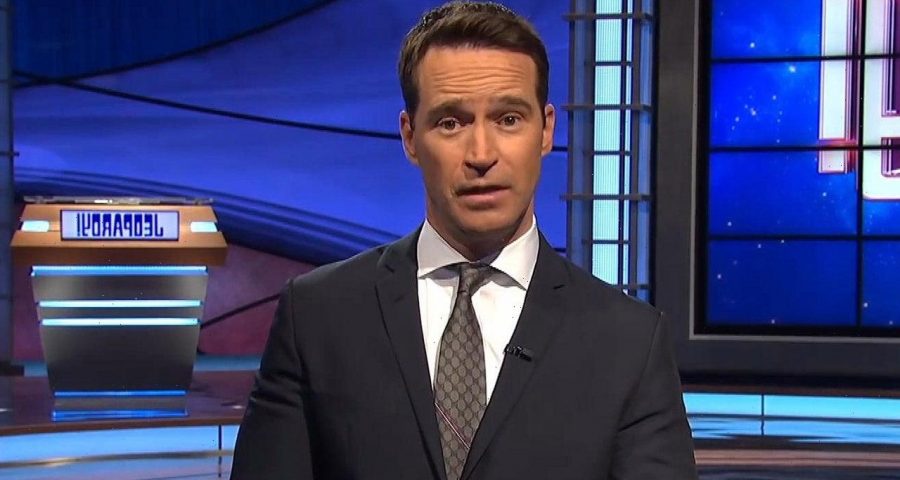 Mike Richards is setting the record straight regarding a recent report that he is in final negotiations to be the permanent host of Jeopardy!. Nine months after the death of longtime host Alex Trebek, Variety reported that Richards, who is the executive producer of Jeopardy! and guest hosted a few episodes in February, was a frontrunner in becoming Trebek’s successor.

In a staff email sent Monday morning, Richards admits, “It is true that I was asked if I would consider hosting the show. I was humbled and deeply honored. No final decisions have been made and discussions with me and other potential hosts are still ongoing.”

Richards adds in his email that choosing a permanent host “is not my decision and never has been.” The executive producer is also adamant in his email that whoever ends up being the host of Jeopardy! would make Trebek proud.

“Throughout this search, Sony’s top priority has always been to continue the incredible legacy you and Alex built,” he tells the staff. “As you know, Alex always believed the game itself and the contestants are the most important aspects of the show, and that will continue to be the guiding principle as the decision is finalized.”

Richards further addresses “complicated employment issues raised in the press during my time at The Price is Right 10 years ago.” As executive producer of The Price Is Right and Let’s Make a Deal, which FremantleMedia North America produces for CBS, he was accused of pregnancy discrimination in two complaints filed by former Price Is Right models.

“I want you all to know that the way in which my comments and actions have been characterized in these complaints does not reflect the reality of who I am or how we worked together on The Price is Right. I know firsthand how special it is to be a parent,” Richards says of the complaints in which he was accused of making insensitive comments about models on the show who became pregnant. “It is the most important thing in the world to me. I would not say anything to disrespect anyone’s pregnancy and have always supported my colleagues on their parenting journeys.”

He adds, “I am very proud of my time on The Price Is Right and Let’s Make a Deal.  During my tenure, our female cast members welcomed seven beautiful children. We embraced and celebrated each pregnancy and birth both in front of and behind the camera.  It was a joy to watch their families grow and highlight their happiness as part of the show.”

Not long after Trebek’s death, ET spoke with Richards, who said the late game show host didn’t mention any names about who he wanted to replace him, but did offer up attributes he was looking for in a successor.

“Typical Alex. He was self-deprecating [and] said, ‘It’s not that hard.’ Let me tell you that it is maybe the hardest show on TV to host; 61 clues in 22 minutes, accents, pronunciations, scoring, calling on people, ruling on the answers,” Richards recalled. “He talked a lot about how it needs to be someone that the audience will respect, that’s believable in the role [and] has credibility… He was so smart that you bought it, because you knew he knew the answer, too.”

Jeopardy! is preparing to resume taping for a 38th season that will premiere Sept. 13.