Fans of The Grand Tour have been waiting months for news of the latest special as they have been desperate to see what the trio got up to in Madagascar. After growing tired of being asked when the show would return, Jeremy Clarkson, James May and Richard Hammond revealed it would be released on Amazon Prime Video early.

For the last year, the only question Jeremy, Richard and James have been asked is “When is the next Grand Tour special coming out?” ​

Having had enough of all the tweets and the comments and ​fed up of repeating themselves, the presenters have decided to ​gift fans the brand new special earl​ier than planned.

Using three individually designed knobs (cue the typically predictable gags), Jeremy, Richard and James ​have given the fans what they have been clamouring for.

In a video shared online, the presenters can be seen pressing huge red buttons as they drop A Massive Hunt on Amazon Prime Video. 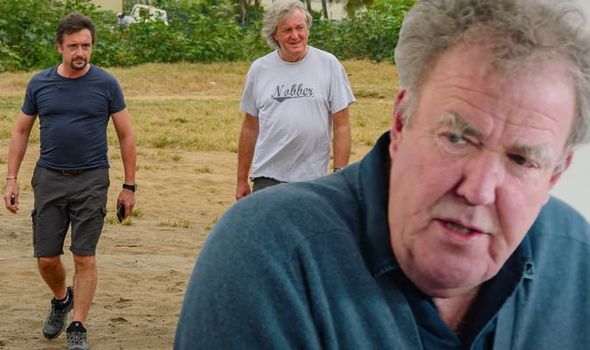