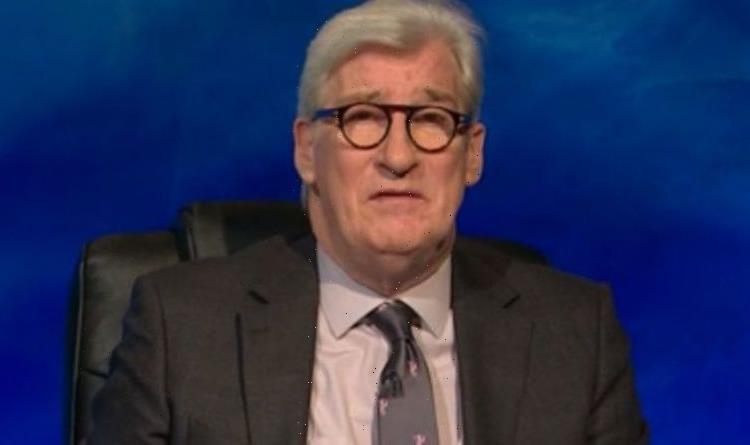 On Monday night’s University Challenge, BBC host Jeremy Paxman welcomed two more groups of students to the show. St John’s College in Cambridge went head-to-head with Imperial College in London in a bid to make it through to the next stage of the student quiz. However, just minutes into the programme, Paxman decided to shake up the format of the show by refusing to read out the rules to the game. Although, that wasn’t the only change the presenter made as some viewers were unhappy with how he signed off the show.

Introducing the programme, Paxman began: “Now there are two institutions, both of them previous winners of this competition.

“They are meeting tonight in a first-round match to decide which of them will play again in round two.

“If the losers are to play again, they’ll need to play themselves among the four teams with the highest losing scores from these first-round matches.

“Now, St John’s College was founded in the early 16th century by lady Margaret Beaufort, the mother of Henry VII.”

He continued: “Since when it has grown into an outstanding collection of photo opportunities with buildings including the so-called Bridge of Sighs, over the Cam.

The team then proceeded to introduce themselves to viewers before Paxman turned his attention to the other team.

“The Imperial College London leans heavily towards the sciences,” he added.

“It was formed in 1907 and became the University of London the following year.

“Although it became independent again in 2006. In recent months, it has been frequently in the news as its Covid response team has been instrumental in modelling the spread of the virus.

“And has been advising the government on its response.”

Paxman continued to introduce the teammates before he told both universities, he wouldn’t be reading out the rules.

“Right, let’s not bother reciting the rules anymore,” Paxman told them. “Let’s just get on with it.

“Fingers on the buzzers here is your first set of 10.”

One penned: “Do we think Jeremy Paxman doesn’t actually know the rules ‘let’s get on with it’.”

However, that wasn’t the only change Paxman made to the show as some viewers noticed he didn’t sign off the show in his usual way.

One pointed out: “Why didn’t Paxman say ‘And it’s goodbye from me. Goodbye’? The world is ending. #UniversityChallenge.” (sic)

Another commented: “Is it me, or does #Paxman look/sound as though he really doesn’t want to be there anymore? #UniversityChallenge.” (sic)

A third tweeted: “Seriously what the fork that’s the 2nd time Jeremy Paxman did his sign off wrong on #UniversityChallenge and its literally our fav part 🙁 @bbc, please don’t let it happen again.” (sic)