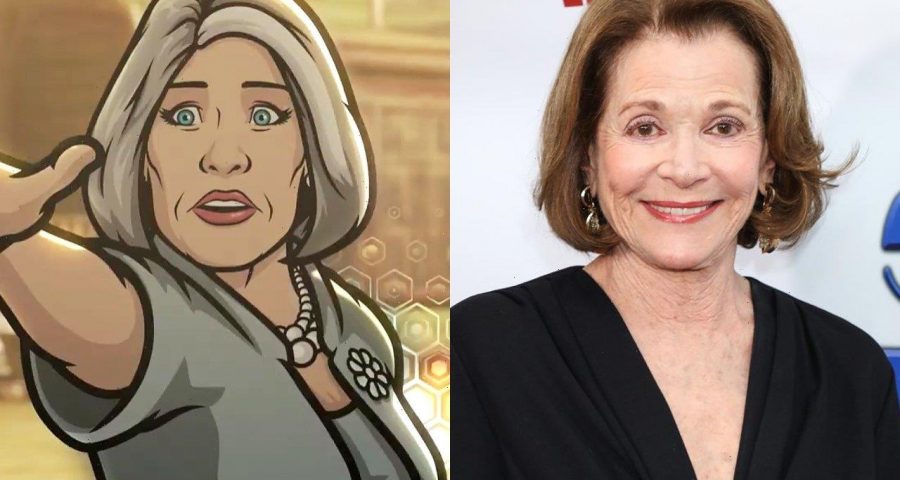 The Emmy-winning actress, who voiced Malory Archer in the animated adult spy spoof, passed away in March at the age of 80 after recording most of her voice work.

AceShowbiz -“Archer” series bosses have wrapped the show’s twelfth season with a sentimental send off to star Jessica Walter, who passed away in March.

Producers of the animated adult spy spoof bid goodbye to Walter’s character Malory Archer in the finale episode on Thursday, October 7 by sending her off to a tropical paradise – alongside the character previously played by the actress’ real-life husband, Ron Leibman, who died in 2019.

In the episode, Malory swoops in to save her thick-headed son Sterling from kidnappers. She then disappears, leaving behind a letter for him.

“I thought it was time to make my own exit,” the note reads. “I’ve decided it’s time to pass the torch. Try not to burn yourself with it. And I know my decision may seem abrupt, but we don’t always get to choose the perfect moment. From wherever I am, I will be watching over you.”

The cocktail-loving Malory is then seen on a remote tropical beach, next to Leibman’s resurrected character, Ron Cadillac, who asks, “And how is my lady love?” 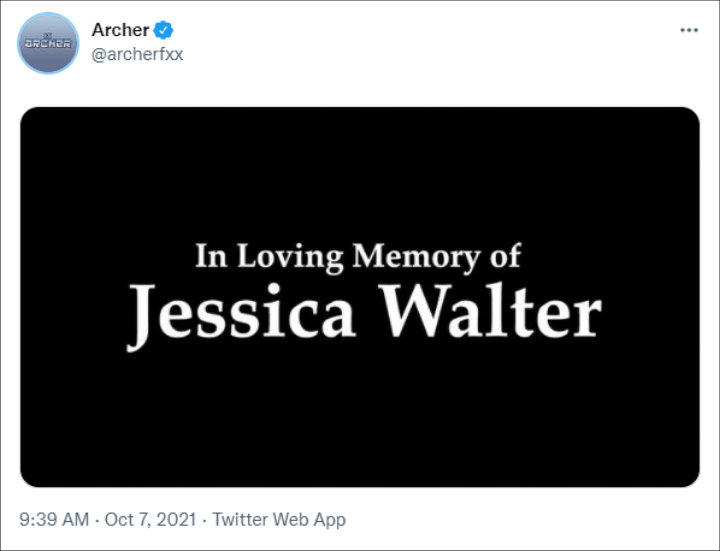 The Emmy-winning actress, who was also a fan favorite for her role as matriarch Lucille Bluth on “Arrested Development“, passed away, aged 80, after recording most of her voice work for season 12 of “Archer”, according to Deadline.

The program’s executive producer Casey Willis told TVLine he and his colleagues created the final beach scene by combing through all of Walter and Leibman’s lines from past episodes and picking the ones that worked best for the sweet farewell. 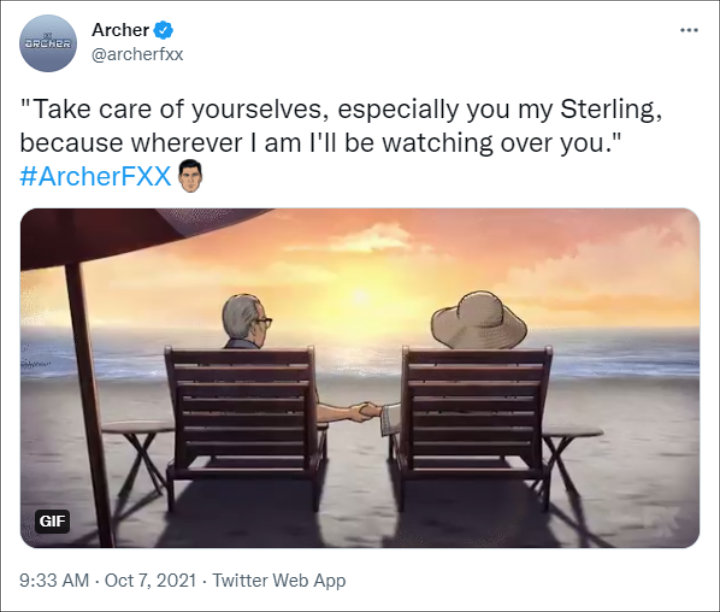 ‘Archer’ shared a touching beach scene via Twitter in order to honor the late Jessica Walter.

Social media staff for the show’s U.S. network FXX also shared a clip of the touching beach scene to Twitter, adding a caption in Malory’s voice, reading, “Take care of yourselves, especially you my Sterling, because wherever I am I’ll be watching over you.”