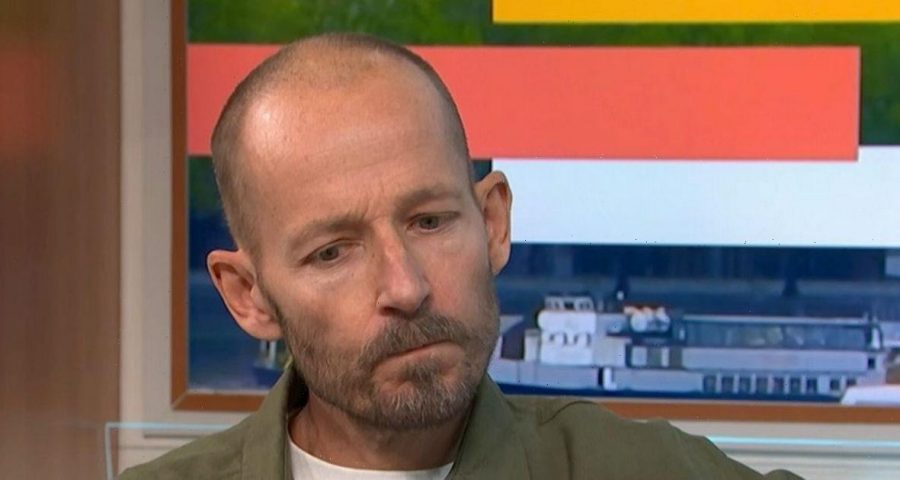 A Place In The Sun star Jonnie Irwin has said he was forced to tell the public about his lung cancer diagnosis after online trolls told him he looked "too skinny".

Jonnie, 48, was diagnosed with the illness in 2020 but has shared the news for the first time this month.

Jonnie was initially given six months to live when first diagnosed with stage four lung cancer, but has outlived doctor’s predictions with the help of medication, radiotherapy and chemotherapy.

The presenter appeared on Thursday's episode of Good Morning Britain where he discussed his terminal cancer diagnosis.

He said: "I wanted to keep it secret because professionally I didn't want to lose work. Also, socially and emotionally, people treat you differently.

"People start making decisions for you: 'I didn't want to ask you because you know you've got cancer'.

"So if I withheld that information, I found I could live a normal life right up until probably a year ago."

Talking about how he was forced to share the news, he said: "Certain busybodies on social media like: 'You don't look well', 'you look ill', 'you should go see the doctor'.

"I mean I had someone come up to me after A Place In The Sun live exhibition and said: 'My wife says you're too skinny'. I was just like: 'Well you're not are you!' and he couldn't believe I was biting back but what do people expect to gain from it."

Jonnie, who has claimed he was axed from A Place In The Sun in light of his lung cancer diagnosis, also discussed his show exit during the interview.

GMB host Susanna Reid said: "Now the production company say they couldn't get the adequate insurance for you to do, presumably, the travelling you needed to do."

To which Jonnie said: "My point was, I could work on Escape To The Country, that's the same show. I can travel away from home for three to four days.

GMB presenter Ben Shephard then read out a statement from A Place In The Sun over the claims.

It read: "Freeform Productions say no stone was left unturned in trying to enable Jonnie to continue his international filming with us during Covid but the production company were unable to secure adequate insurance cover for him."

Channel 4 added to OK! in a statement: "Jonnie has been a hugely important part of the A Place in The Sun family for over 18 years and all of us were deeply saddened by his diagnosis.

"Much loved by everyone on the production, no stone was left unturned in trying to enable Jonnie to continue his international filming with us during Covid but the production company were unable to secure adequate insurance cover for him.

"Whilst we were unable to continue to film abroad with him, we’re delighted that he was able to remain as part of our team in the UK for exhibitions. We of course understand how frustrating this must be for him at this incredibly difficult time."

While no longer starring on A Place In The Sun, Jonnie has continued to work on other projects throughout his treatment, including Countryfile.

Following the news of his diagnosis, Jonnie and his family have been inundated with support, sparking the father-of-three to thank everyone.