Jay Blades and The Repair Shop’s team of experts welcomed Oscar-winning actress Dame Judi Dench into the workshop for a special episode of the BBC favourite. Armed with a pocket watch from her late husband Michael Williams, Dame Judi called on the help of Steve Fletcher and Jay to help get it back to its former glory. However, she wasn’t expecting Steve to help her out in more ways than one.

Steve ended up helping Dame Judi fully appreciate the detailing engraved on the time-telling item by lending her a few pairs of glasses.

The Skyfall and Spectre star had been having trouble reading the engraving on the pocket watch, but Steve didn’t hesitate in lending a helping hand.

Steve confessed: “She was looking at the watch and couldn’t see the engraving we’d put on the back.

“So I loaned her my glasses and she said, ‘I can see it so well now’.” 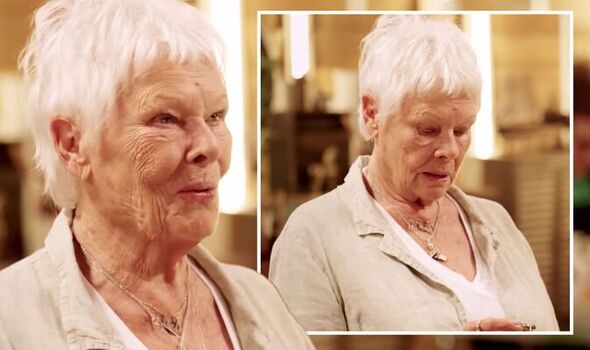 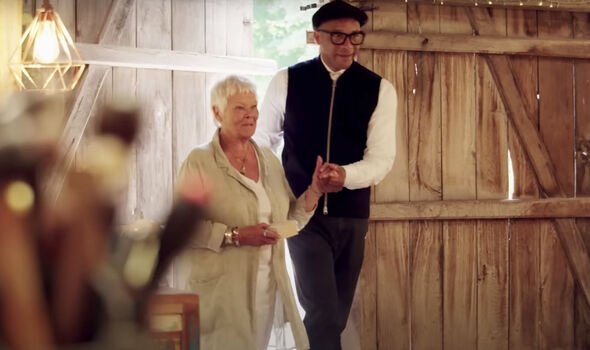 Steve ended up loaning two pairs of spectacles to Dame Judi, one of which helped magnify the engraving to make it perfectly visible for the 87-year-old.

He added to The Mirror: “She could see everything about the watch and it was a lovely moment.

“She could use them as really powerful reading glasses. Sometimes the simple things work.”

Steve’s efforts didn’t go unappreciated by Dame Judi either, who told the restoration expert he was “so very kind” for his gesture. 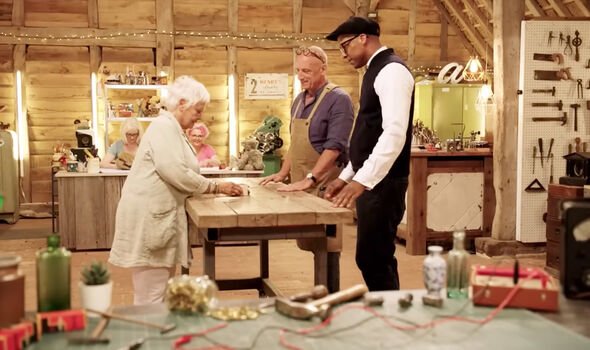 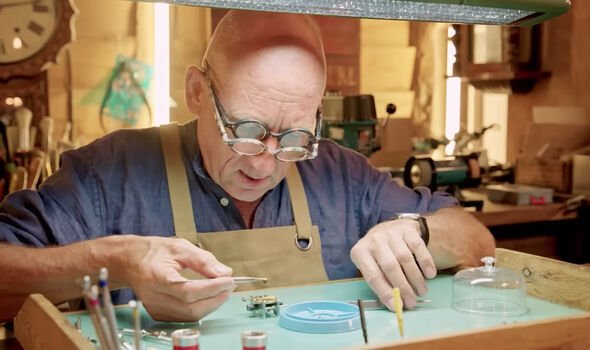 During Dame Judi’s foray into the Repair Shop workshop, she explained the history behind the pocket watch and why she held it so close to her heart.

She told Jay and Steve: “I gave it to my husband, Michael Williams, who was playing Charles Courtly when we did London Assurance.

“We weren’t long married and we were both in the play and I gave it to him and he absolutely treasured it.”

Jay then asked in what year Dame Judi had purchased the watch, to which she revealed it was five decades ago in 1972.

“I bought it because it was rather suitable for the play, actually,” Dame Judi went on.

“He did wear it in his waistcoat pocket and it seemed a perfect present.”

Explaining the faults with the watch, Dame Judi continued: “It’s a dear little watch and it went for a little while and then it didn’t go.

“Then it was on his desk in this little tiny glass dome, but he treasured it very, very much indeed and it would be lovely if it worked I could hear it again.”

Also in the episode, Dame Judi became visibly touched when she delved into her and Michael’s history together.

After telling Jay they’d been married for three decades, she added: “But he got lung cancer and he died in 2001.

“But we have great, great memories, really wonderful memories,” the actor added as she stared at the watch before its restoration.

The Repair Shop continues Wednesday at 8pm on BBC One.