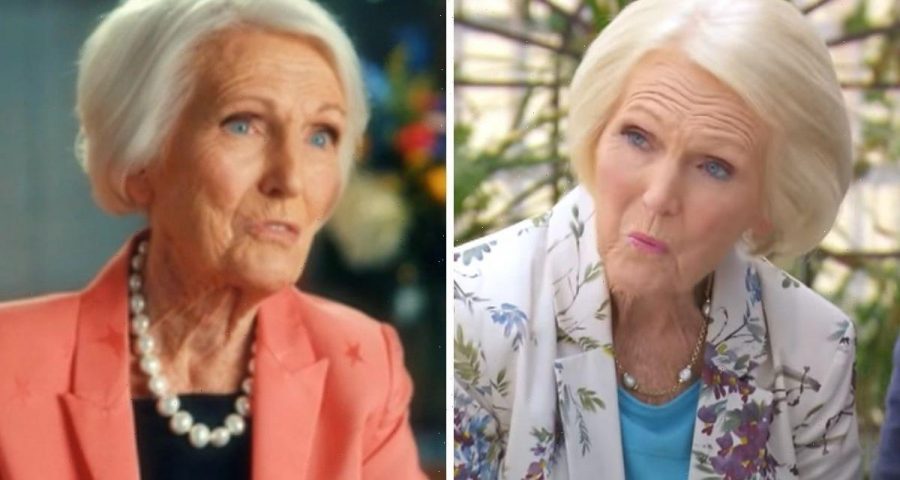 During Wednesday night’s The One Show, BBC hosts Alex Jones and Jermaine Jenas welcomed Masterchef the Professionals star Monica Galetti and Joe Wicks onto the programme. The Body Coach discussed his latest MBE award, while Monica chatted to the hosts about her new show The Platinum Pudding: 70 Years in the Baking, which will celebrate the Queen’s Jubilee.

who helped to judge the contestants’ baked goods.

However, she went on to admit that they often got told off by the producers while filming because they didn’t pay attention to what they were saying.

“I hear that you two managed to get yourself into a little bit of trouble on set,” Jermaine asked. “Mary Berry, getting into trouble?”

“Maybe,” Monica replied. “We were just being told off a lot because we’d be deep into conversation and then possibly not hearing the directions of what we were meant to do…

“And (we’d) just walk off into the wrong kitchen,” Monica added with a smile.

“I’d hear the producer say, ‘Mary, Monica, where are you?’

“I was told not to slouch as we were deep in conversation on the judging table and talking about shoes and dresses. We had a great time.”

Discussing her new BBC show, Monica said they had over 5,000 entries who took part.

However, on Thursday night, viewers can tune in to watch the five finalists, Kathryn, Jemma, Sam, Shabnam and Susan as they prepare their creations for Mary and Monica.

The winner will then be revealed and their dessert will be dedicated to the Queen for her 70th Jubilee.

“The final five are an amazing five,” Monica praised as she discussed the show.

“We got to taste and watch them prepare everything from scratch.”

“Taking into consideration the rules we wanted in there which were very important,” she added.

The chef went on to speak about the finalists’ desserts, as she explained Kathryn had made a passion fruit tart, while Gemma made a traditional trifle.

As a photo of the dessert was shared on screen, Monica said: “Imagine having that as your garden party showpiece?

“I love citrus flavours and that sings through this dessert.”

She added that Sam had made a regal-looking sponge, Shabnam a floral cake, and Susan made a Four Nations pudding.

“Susan did something I’d never tried before,” Monica admitted.

“She took Welsh cakes, dried them out and then used it like a cheesecake base underneath.”

“I thought that was amazing,” the chef went on to praise. “I’ve never tried that.”

The One show airs weekdays at 7pm on BBC One.