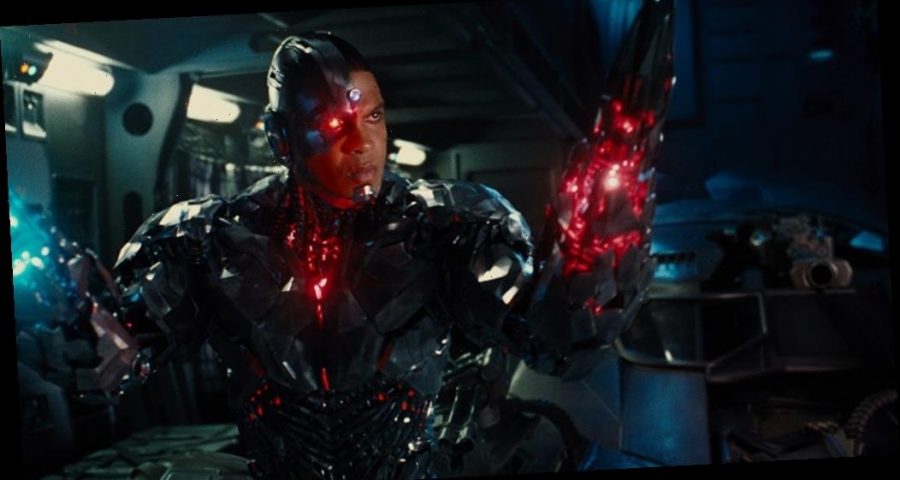 Justice League actor Ray Fisher will not let down his bullhorn in his ire against Warner Bros., in particular DC Films President Walter Hamada.

The Cyborg actor, who had WarnerMedia dive into investigation about the alleged misconduct of Joss Whedon during the reshoots of Justice League, tweets today, “Walter Hamada is the most dangerous kind of enabler. He lies, and WB PR’s failed Sept. 4th hit-piece, sought to undermine the very real issues of the Justice League investigation. I will not participate in any production associated with him. A>E.”

On the evening of Dec. 11, WarnerMedia released a vague, glib statement that their investigation connected to Justice League was “has concluded and remedial action has been taken.” No other details were provided, but even Warner Bros. motion picture executives at the time were unaware the decision was coming down.

In regards to films that Fisher is involved with as far as DC goes, the actor reprised his Cyborg role in the extra shoots of Zack Snyder’s Justice League 10-episode cut, which is hitting HBO Max next year. The actor also participated in the DC Fandome panel for the feature recut. Fisher, per Warner Bros, was in talks to return as Cyborg in the upcoming DC feature The Flash. Sounds like that’s not happening now.

Fisher’s firestorm against WarnerMedia began on July 1 when he tweeted, “Joss Wheadon’s on-set treatment of the cast and crew of Justice League was gross, abusive, unprofessional, and completely unacceptable. He was enabled, in many ways, by Geoff Johns and Jon Berg. Accountability>Entertainment”.

It’s important to note here during Fisher’s tirade against the studio that Hamada was not in charge of DC feature production, nor did he have any oversee on Justice League, when Fisher and Whedon were working together. Hamada was an executive at New Line during that time.

On the evening of the Friday of Labor Day weekend, WarnerMedia dropped a lengthy statement, which is not typical for the studio to do in crisis situations, firing back at Fisher, saying:

“In July, Ray Fisher’s representatives asked DC Films President Walter Hamada to talk to Mr. Fisher about his concerns during the production of Justice League. The two had previously spoken when Mr. Hamada asked him to reprise his role as Cyborg in Warner Bros.’ upcoming Flash movie, together with other members of the Justice League.

In their July conversation, Mr. Fisher recounted disagreements he’d had with the film’s creative team regarding his portrayal of Cyborg, and complained that his suggested script revisions were not adopted. Mr. Hamada explained that creative differences are a normal part of the production process, and that a film’s writer/director ultimately has to be in charge of these matters.

Notably, Mr. Hamada also told Mr. Fisher that he would elevate his concerns to WarnerMedia so they could conduct an investigation. At no time did Mr. Hamada ever “throw anyone under the bus,” as Mr. Fisher has falsely claimed, or render any judgments about the Justice League production, in which Mr. Hamada had no involvement, since filming occurred before Mr. Hamada was elevated to his current position.

While Mr. Fisher never alleged any actionable misconduct against him, WarnerMedia nonetheless initiated an investigation into the concerns he’d raised about his character’s portrayal. Still not satisfied, Mr. Fisher insisted that WarnerMedia hire an independent third party investigator.

In a subsequent Forbes interview in October, Fisher indicated that racial issues played a part in the decisions that led to his claimed mistreatment on the set of Justice League.

Justice League stars such as Aquaman‘s Jason Momoa sided with Fisher’s crusade on social media against the studio as the actor called for an investigation. Wonder Woman star and fellow JL actress Gal Gadot told the Los Angeles Times that she didn’t shoot with Fisher, but “I had my own experience with [Whedon], which wasn’t the best one, but I took care of it there and when it happened. I took it to the higher-ups and they took care of it. But I’m happy for Ray to go up and say his truth.”