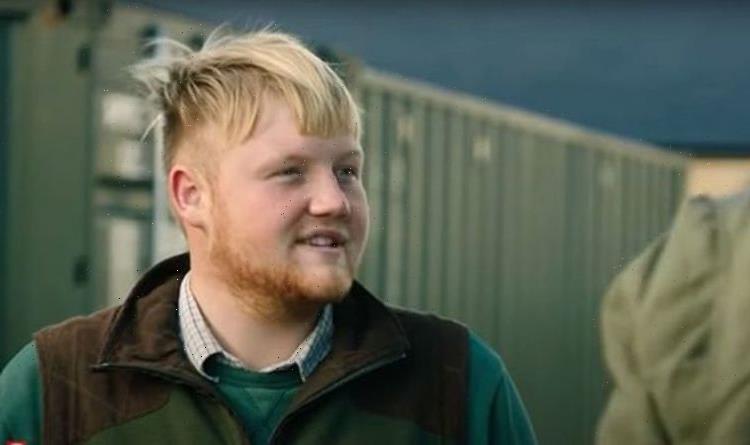 Kaleb Cooper is known for being the farm manager on Clarkson’s Farm, which has been airing on Amazon Prime Video. The uplifting and factual series follows presenter Jeremy Clarkson as he takes over the running of Diddly Squat Farm in Chipping Norton. Fans are keen to find out more about Kaleb, including his relationship.

Who is Kaleb Cooper’s wife?

Kaleb Cooper was introduced in the first episode of Clarkson’s Farm and fans were shocked to find out the farm manager was only 21 years old at the time.

He knew the presenter’s farm like the back of his hand and was able to reel off the names of all the different fields without a second thought.

Fans then quickly learned how Kaleb was not afraid to put Clarkson in his place, and he would often talk back to him.

His banter with the former Top Gear host made him stand out as one of the most popular contributors in the series.

The star is on Instagram and he has shared some personal updates regarding his family.

Kaleb is married to Taya, who is also on Instagram, but not much is known about her at this stage.

She is the mother of Kaleb’s son, Oscar, who was born in March 2021 and fans rushed to his social media accounts to congratulate the whole family.

The account features plenty of photos of their dog, Diesel, and the beloved pet means the world to the couple.

Taya’s own account is private, but she can be seen in photos on Kaleb’s social media profiles.

In one post, he shared a photo of Taya and Oscar, wishing Taya a happy birthday and praised her for being an amazing mum.

In Kaleb’s most recent post, he shared a photo from Stratford, telling his fans how Taya had treated him to a couple of days away from home.

He said: “Ok very nervous but the other half has taken me to Stratford for the night no word of a lie but I’m s*****g it.”

Fans are already aware of Kaleb’s reluctance when it comes to leaving his hometown, as he has recalled anecdotes from school trips to the city.

He said he had once refused to get off the coach when his fellow students went on an art trip.

The farm manager and contractor has a unique relationship with Clarkson in Clarkson’s Farm.

The Grand Tour star spoke highly of Kaleb and wished him and his family well, saying: “He’s an absolute superstar. He had never, ever been outside of this little part of Oxfordshire countryside in his life until the show and thinks that Banbury is Mars and Oxford is Venus.

“London is another solar system, another galaxy. It’s completely incomprehensible to him. He’s the only person I know who spells texts correctly and has all his apostrophes in the right place.”

Kaleb has always been passionate about his home and his work, and this is reflected in the insightful series.

Clarkson added: “He’s just fantastically wise, entrepreneurial and funny. He knows everything, from the leading lights in our local travelling community, to understanding how the gearbox works in a Lamborghini, to having the patience to deal with me.

“I have to remind myself he’s only 22, because I see him as a contemporary. He dresses like a 60-year-old, and he’s the least woke person I’ve ever met – he tells me I’ve f***ed up on an hourly basis.”

He also mentioned Kaleb’s wife and son, saying: “His wife gave birth to a baby boy in March and I’m really glad because it was a day off from being shouted at for me.”

Plenty of fans have taken to his social media accounts to praise him for his role in the series, as he has opened up viewers’ eyes to the world of farming.

They are hoping he returns for a second season, perhaps even introducing his wife and son.