Former I’m A Celebrity… Get Me Out Of Here! campmate Kate Garraway has predicted this year’s filming location will make the contestants “utterly miserable” – and can’t wait to watch the drama unfold. Ahead of the 2020 series debut on ITV, the Good Morning Britain presenter, 53, joined her former campmate Roman Kemp in the Capital FM studios this week.

During a socially distanced chat on the radio show, Roman and Kate discussed the dramatic location change, which will see the contestants camp out on the grounds of Gwrych Castle in Wales, rather than in the usual tropics of the Australian jungle.

Predicting the November chill and the sea breeze could make conditions unpleasant for the star contestants, Kate said: “I think it’s going to be utterly miserable for them. But then, it’s meant to be, isn’t it?”

The mother-of-two pointed out the UK filming location will come as a welcome surprise to viewers, who have spent most of 2020 enduring lockdown restrictions and seeing their travel plans cancelled.

“Don’t you think the people at home, watching everybody in the sunshine, isn’t that just going to be a bit annoying when nobody can fly?” Kate wondered. 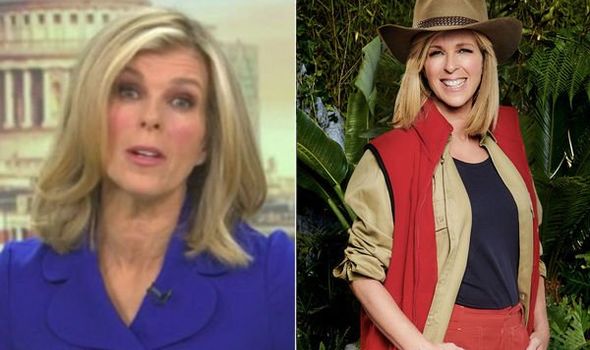 “Maybe watching people be really miserable in the cold and wet is going to be a good thing.”

The ITV star then pointed out one of the main challenges of I’m A Celebrity – being forced to live apart from your loved-ones – has occurred to many in the UK this year.

She explained: “Also, we’ve all kind of been through some of the trauma in the jungle anyway, for you and I, some of the big ones was being separated from your family, separate from your loved ones, and that’s what we’re all living as a nation.”

Kate has suffered a personal trauma herself this year, as her husband Derek Draper, 53, remains in hospital after contracting coronavirus in March. 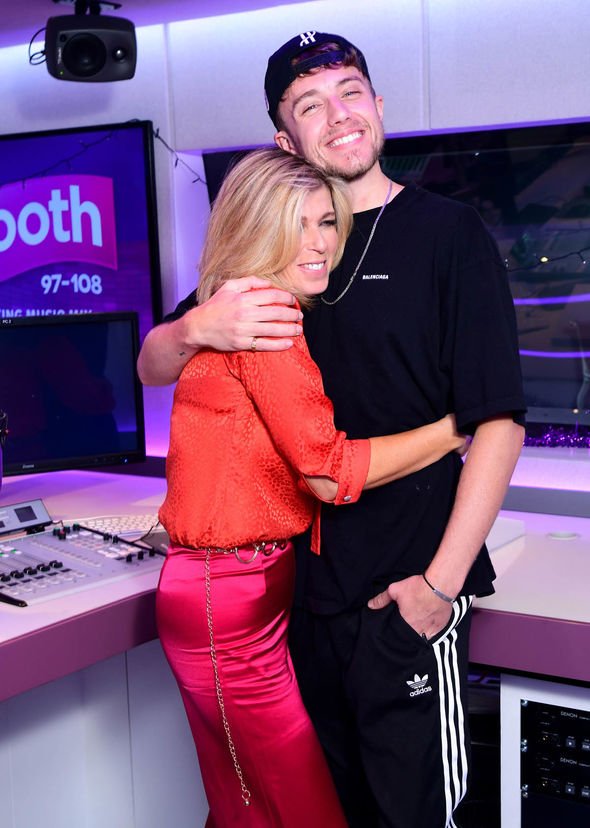 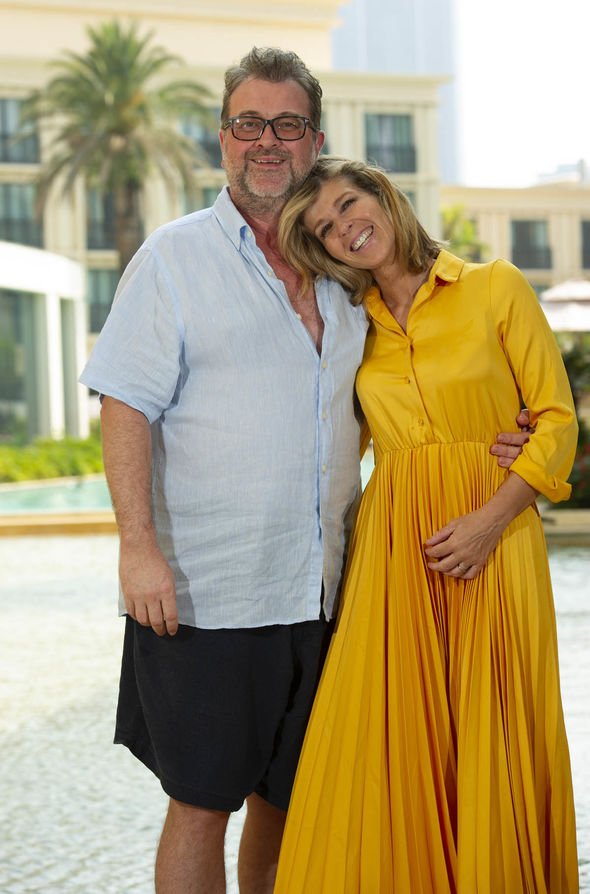 Having spoken his first word in over 200 days last month, the former political lobbyist has thankfully seen his condition improve, but he is unable to leave his hospital bed and remains in a state of minimum consciousness.

Determined to cheer his former co-star up, Roman arranged an I’m A Celebrity-themed quiz for Kate, looking back at their time in the jungle with campmates such as Nadine Coyle and Ian Wright.

“Today we are going to have some fun. We are going to make it our mission, we’re determined to make you laugh a lot today and I think we’re going to do that,” he said. “We’re going to take a trip down memory lane to take a look at the last 20 years of I’m A Celebrity… Get Me Out Of Here!”

The pair also celebrated the return of longtime hosts Ant and Dec to the series, as they swap sunny Australia for a change of scenery in Northern Wales.

Hinting the new series will prove a welcome distraction from the UK lockdown, Kate said: “We’ve all watched all the old movies we didn’t catch up on, we’ve all watched everything that’s been made, we need some telly.  And it’s just a great thing to see everybody go through it. I can’t wait!”

“We need a bit of Ant and Dec,” Roman agreed.

The radio presenter made it to the final three of the competition but was beaten at the final hurdle by fellow campmates Andy Whyment and Jacqueline Jossa, with the latter winning the series.

Meanwhile, Kate finished in a respectable fourth place and was greeted by her husband Derek as she crossed the legendary I’m A Celebrity finish line.

Once the cameras stopped filming, Kate revealed Derek proposed to her for a second time, asking her to renew their vows 14 years after they first walked down the aisle.

“When Derek came to meet me after I left the jungle, he was planning to propose to me again [with the ring, in front of the TV cameras], but he got overwhelmed and burst into tears,” Kate told Mail On Sunday’s You magazine in January.

Reminiscing over the romantic moment, she added: “The kids leapt out and surprised me, and Darcey said, ‘Oh Dad – you didn’t do it!’So he got down on one knee and proposed… and I said yes, obviously.”

I’m A Celebrity… Get Me Out Of Here! debuts on Sunday, November 15 on ITV.