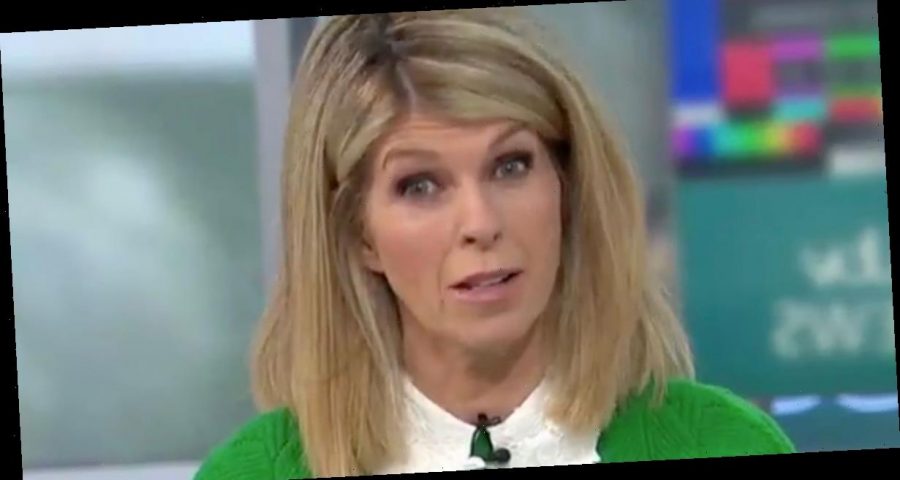 Kate Garraway has been through a traumatic year following the hospitalisation of her husband Derek Draper, who, at one point, she was told, "may have died".

Ahead of the release of her new documentary with ITV, the mum-of-two, 53, discussed her husband's devastating health battle.

Derek, also 53, was admitted to the hospital with coronavirus last March and was ushered into intensive care as his condition worsened.

Due to visitation restrictions, Kate was unable to stay by his side, with hospital staff mistakenly telling her Derek might have died over the phone.

In an interview with The Sunday Times Magazine, Kate remembered "just sitting on the phone waiting to know if he'd died or not" in the early stages of his Covid battle.

She recalled the hospital worker saying: "He may have died. Somebody will call you back."

Kate spent 24 hours in limbo, uncertain as to whether her husband had survived the harrowing ordeal.

Thankfully, it emerged Derek was still alive, with hospital staff revealing he had been mistaken for another patient.

"Then it turned out that somebody had died who had a similar name to his," she told the publication, speaking to journalist and family friend Decca Aitkenhead.

While Derek later recovered from coronavirus, he is still in a state of "minimum consciousness," confined to a hospital bed.

The virus has caused blood clots in his lungs and holes in his heart, leaving the dad-of-two with diabetes.

While Kate was permitted to visit Derek last year, the third lockdown's restrictions meant the family has been unable to keep him company.

In his time in the hospital, Derek has lost eight stone, with Kate revealing the "change in his body is shocking".

Hoping to reach out to victims of the virus, and the many families impacted by the pandemic, Kate teamed up with ITV to film a powerful new documentary.

Airing on March 23, the documentary is titled Finding Derek, and it will see Kate candidly address the trauma of the past 12 months.

Elsewhere in the feature, Kate will meet survivors of Covid, investigating the long-term impacts of the virus that has devastated the globe.

The inspiring Good Morning Britain star has also penned an autobiography, The Power of Hope, reflecting on the heartache her family has endured over the past year.

Describing the book, which is set for release in April, Kate said: "The pandemic is far from over and so is Derek's journey but I have decided to share our story and what's helping to keep me going, as we all try to work out what our new futures will look like.

"I am really hoping that it will help you with all that you are going through."