SUPERMODEL Kate Moss looked smoking hot as she soaked up the sun on a yacht in Ibiza – and she chugged on a fag.

The 46-year-old looked hot-to-yacht on the luxury liner in the Balearics. 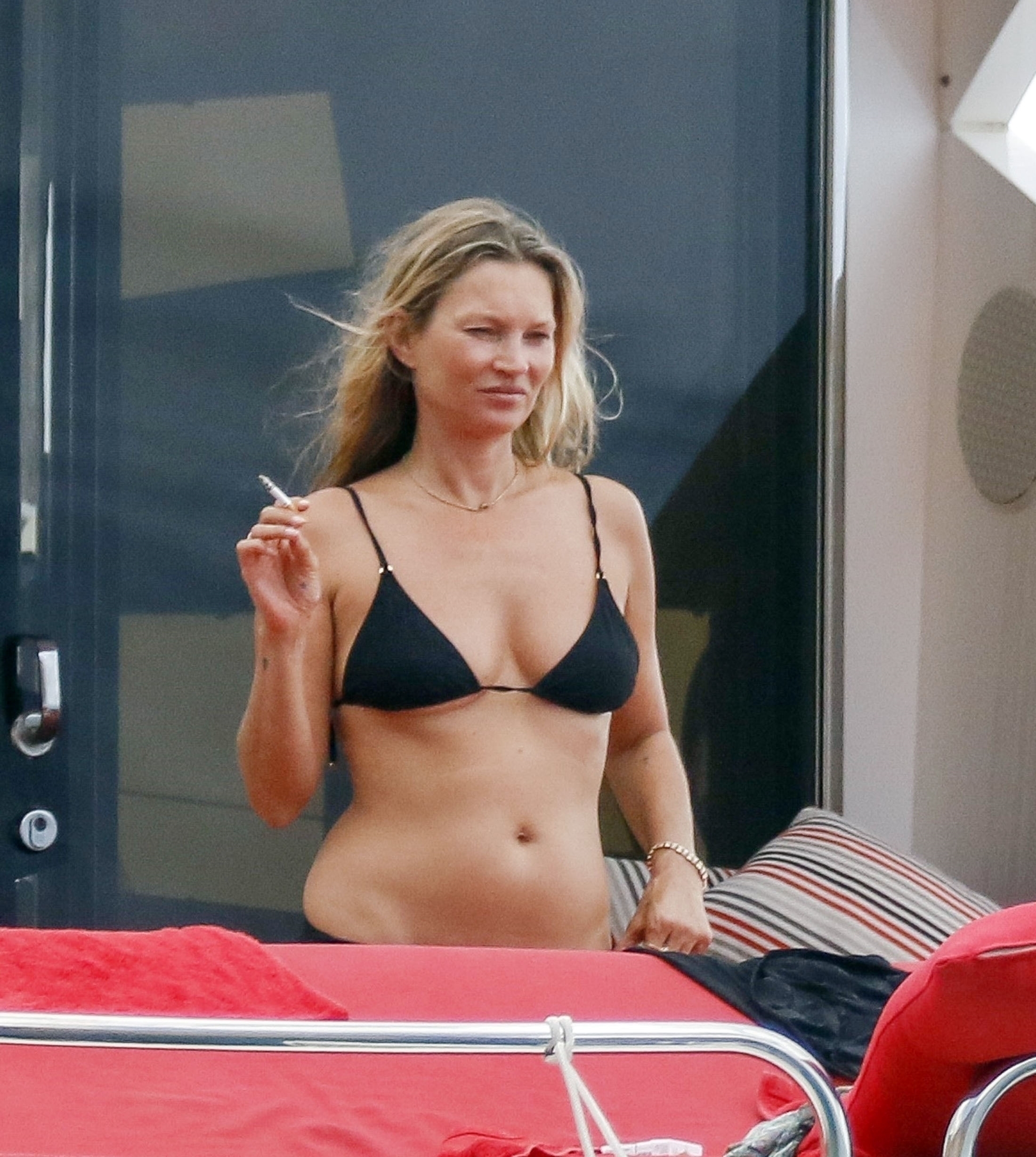 She was joined on the plush cruiser by her boyfriend, 33-year-old Nikolai von Bismarck and daughter Lila-Grace, 17.

The fashion icon looked fresh and carefree as she relaxed on the vessel rocking a black bikini.

Looking fit and tanned, the mum-of-one smoked a cigarette as she soaked up some rays.

The family are in Ibiza after spending lockdown at her plush pad in the Cotswolds. 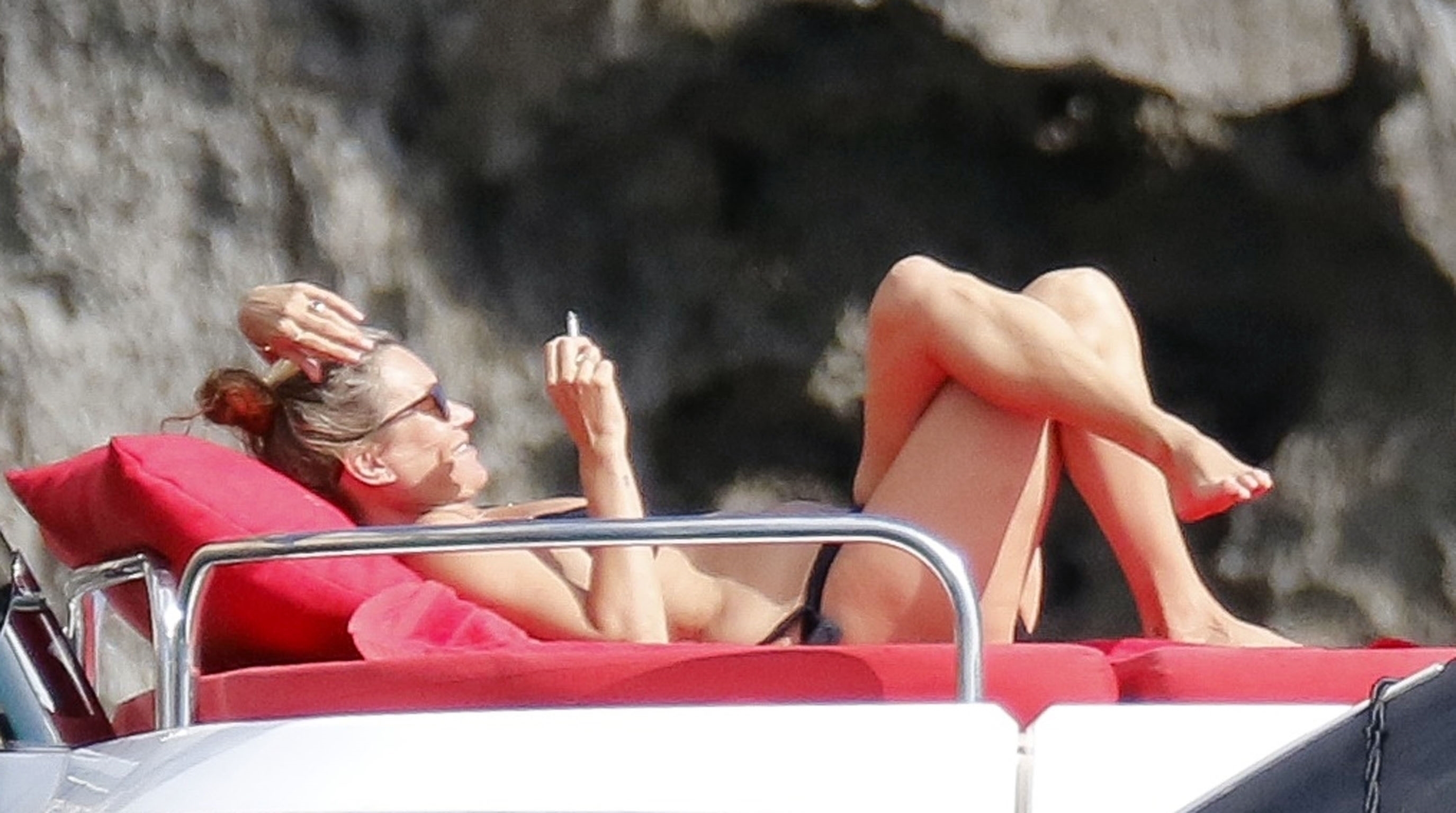 The stunner covered up her frame with a pink loose dress, black designer handbag, nude sandals and black shades as she boarded the boat.

The supermodel – once nicknamed “The Tank” for her ability to put away vodka on mad nights out – now insists on being tucked up in bed by 11pm.

And the once rowdy star says she needs at least eight hours sleep or she gets moody the next day. 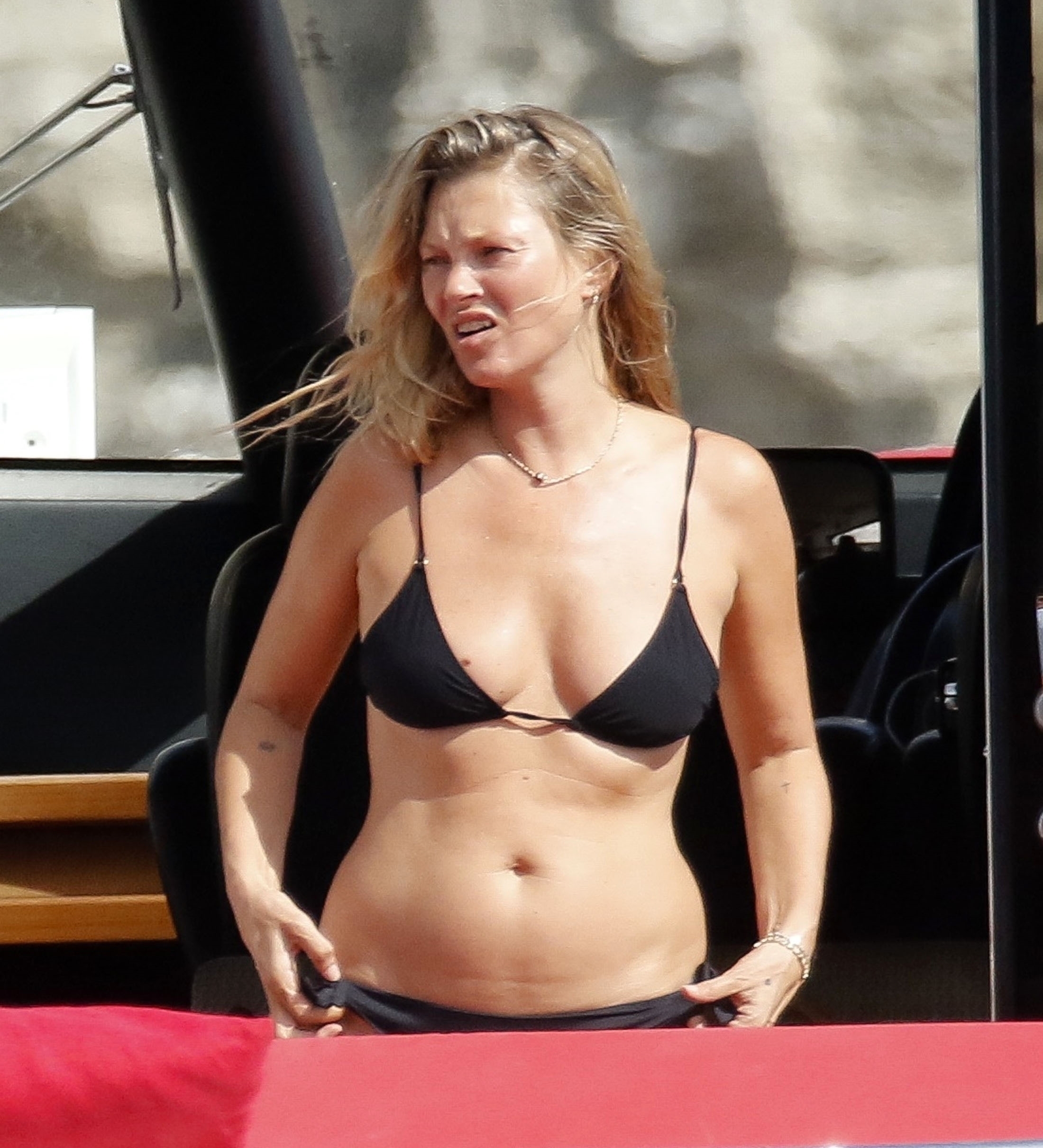 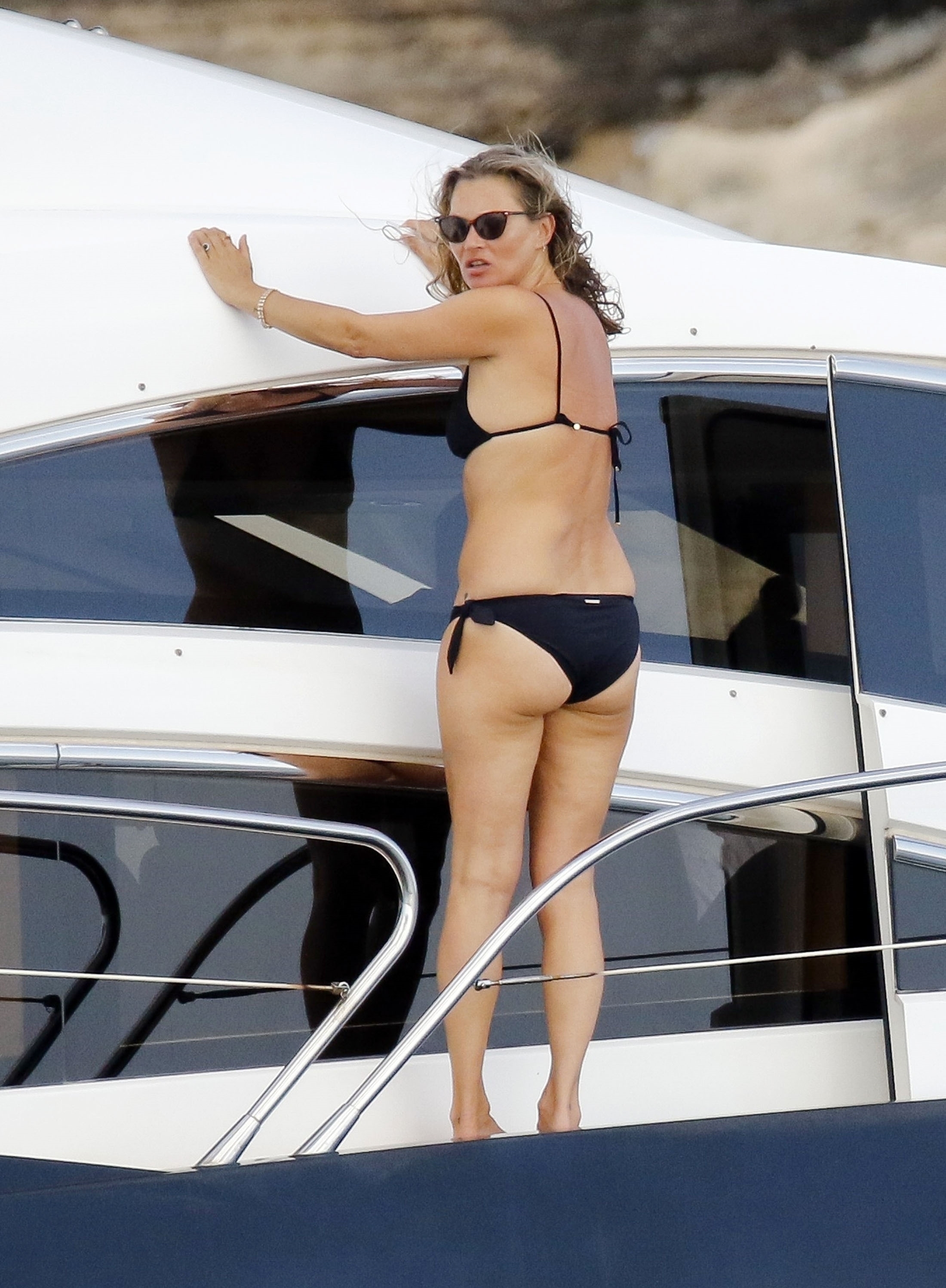 "I wake up at around 8am. I’m a bit groggy in the afternoon if I don’t get eight hours sleep.”

Instead of partying and drinking, the new Kate does yoga every day to feel zen.

Speaking to Elle magazine, she revealed: “My exercise routine starts with yoga in the morning – my instructor comes to my house. 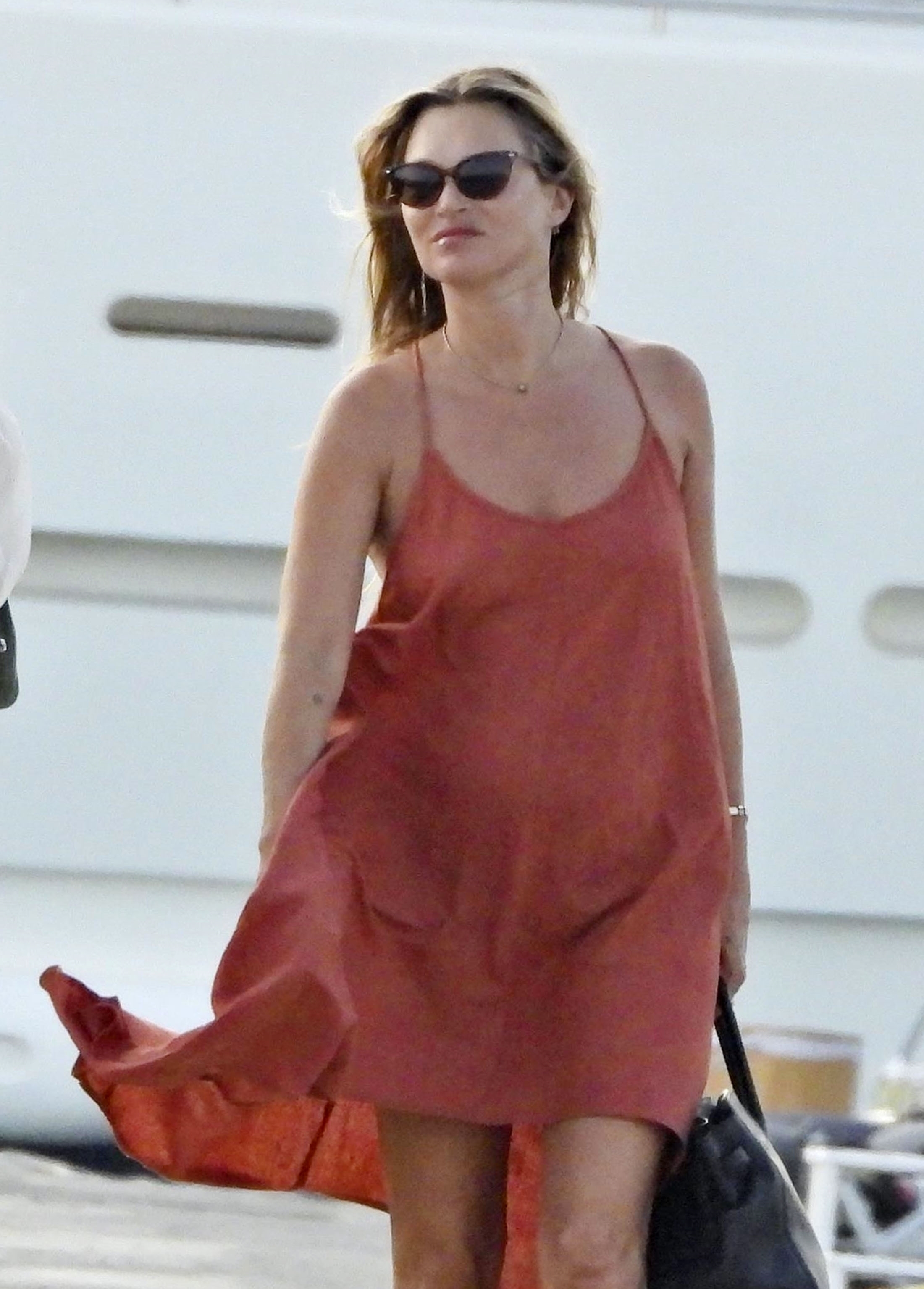 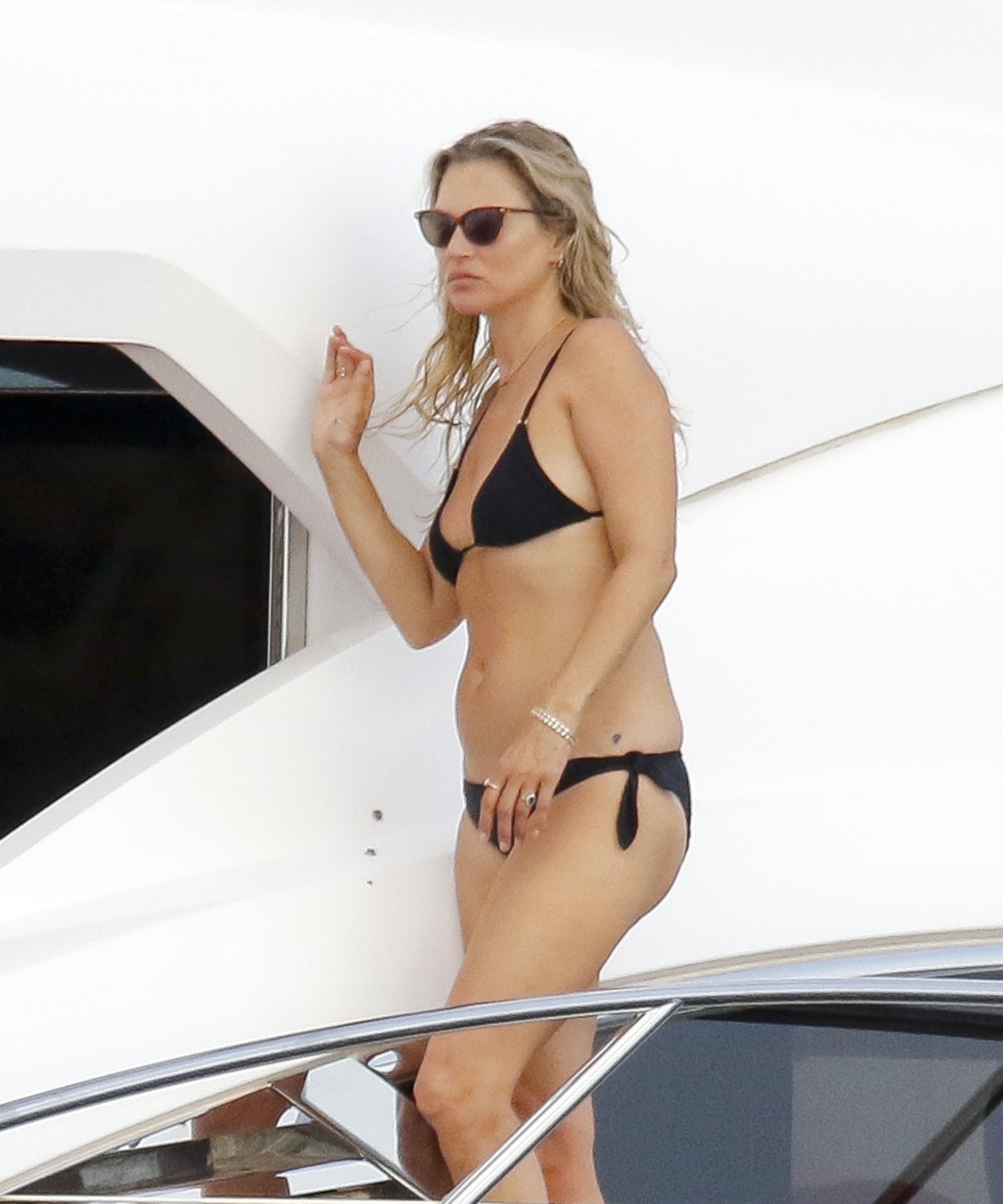 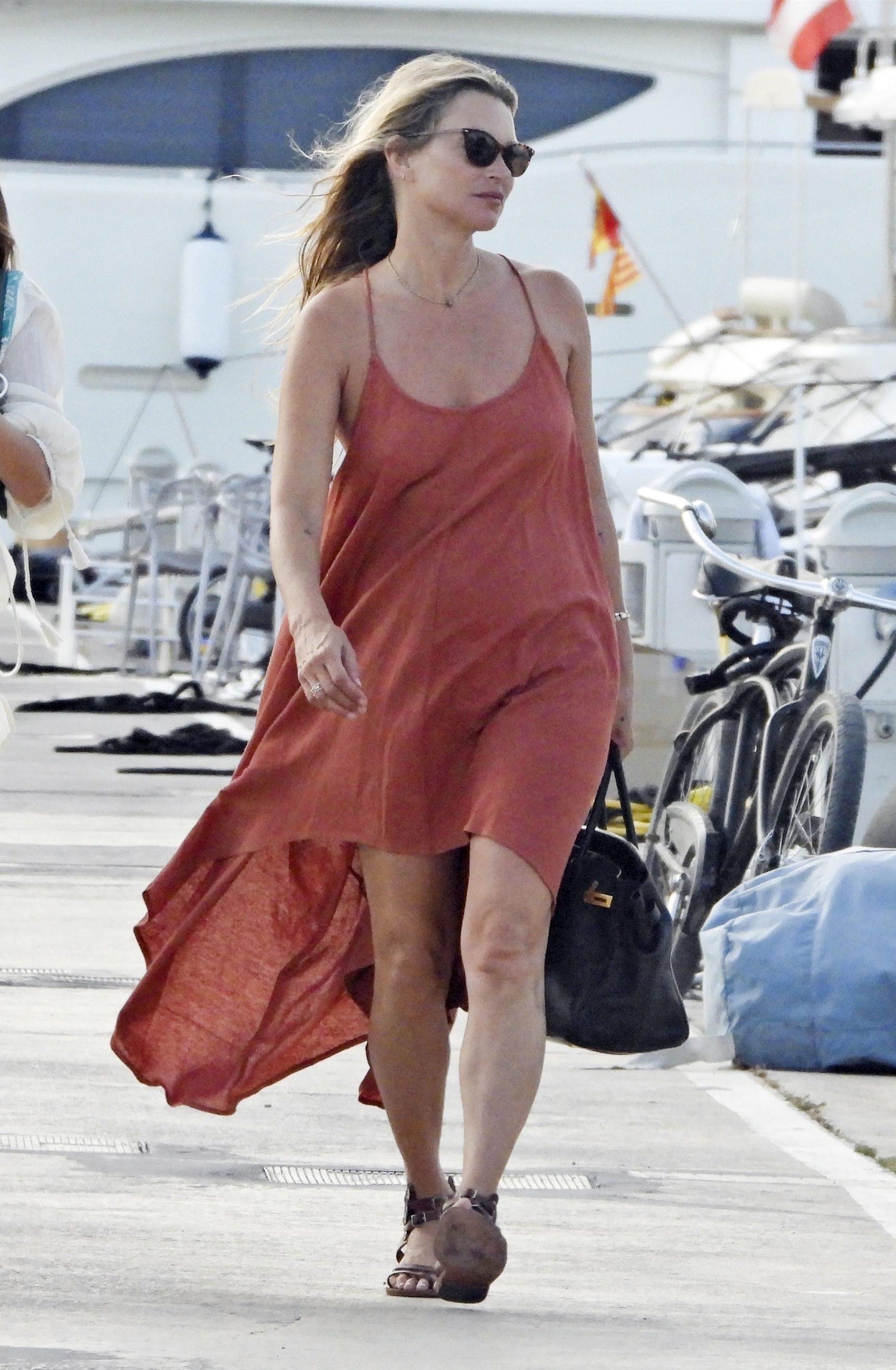 “I also have a mini gym with a Peloton bike, which I don’t use very often.

“It’s quite hardcore but my brother loves it.

“I deal with stress by doing yoga. It helps me concentrate on the here and now.”