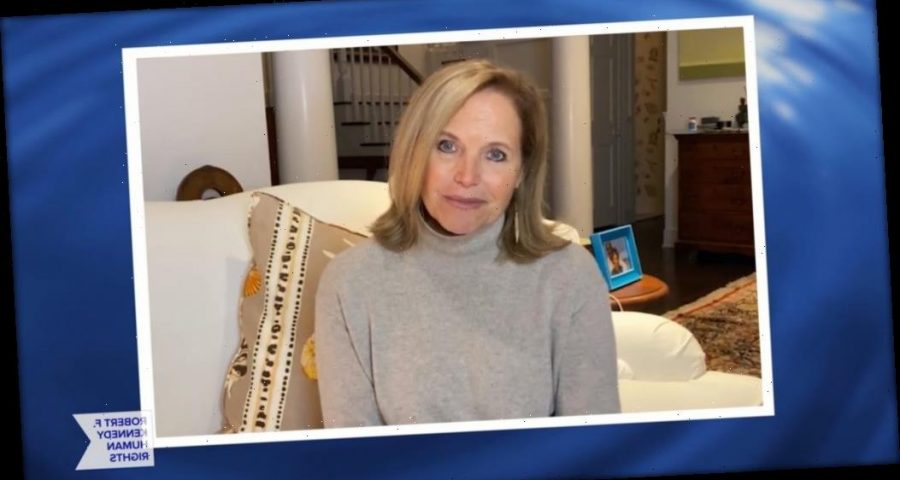 Katie Couric recently debuted as Jeopardy!’s first female guest host. Known for her journalistic prowess from the Today Show and CBS Evening News, Couric’s news experience will be useful in the role of trivia master. Though she had plenty of impressive credits to her resume, Couric revealed that she received a fair amount of criticism in one of her previous gigs.

Katie Couric made history on the ‘CBS Evening News’

When Couric left the Today Show in 2006 for her new job at CBS, she was making a name for herself in history. As the first female solo anchor of a weekday network evening news broadcast, Couric became a trailblazer for women when she debuted on the CBS Evening News.

“When CBS came calling, I once again thought about the importance of seeing a woman in the role of solo anchor,” she wrote in her book, The Best Advice I Ever Got: Lessons from Extraordinary Lives. “I would be shepherding a broadcast that had been largely the domain of white males.”

Though Couric cherished her spot on Today, she was ready for a new venture.

“That, coupled with the challenge of reinvigorating a genre that had a declining viewership, made the opportunity too exciting to pass up,” the journalist explained. She added, “But little did I know what lurked ahead.”

The Today Show alum revealed that she received plenty of negative feedback as early as day one on the evening news program. When ratings began to dip, all eyes were on Couric as the reason for the descent.

“From my very first day, I was pounded for everything from the color of my jacket… to my eye makeup and the way I held my hands,” Couric shared. “There had been a great deal of publicity before the first broadcast, and in the initial few weeks the ratings were high. But when they started to head south, it became open season for critics.”

The pressure continued to mount for Couric, who endured potshots against her validity as a journalist.

“Despite 15 years covering major news events and countless hard-hitting interviews, they claimed I didn’t have the ‘gravitas’ (which I decided was Latin for the word testicles) required to be at the helm of such a prestigious enterprise,” the former NBC news personality wrote. “The very public vivisection was at times painful and hard to understand.”

During Couric’s tumultuous run at CBS, she was getting offers to return to her former network.

“My friends from NBC urged me to ‘come home,’” she revealed. “It was very tempting. … My friends were also great listeners and morale boosters. And I had many heart-to-heart conversations… with myself.”

Couric set her mind on staying the course rather than letting the naysayers dictate her career. Lots of self-talk and some wise words from her dad helped her remain at the CBS Evening News desk through the rough times.

“Even during those rough days, a voice inside me kept saying, ‘Keep going. You’re in the big leagues. Put on your big girl pants. You’re not a quitter. There will be better days ahead,’” Couric wrote. “And there were. The broadcast got stronger, the team came together, and I got better. I fell back on my dad’s advice: ‘Just do the best you can.’ And that’s really the only thing we can all do, every day.”