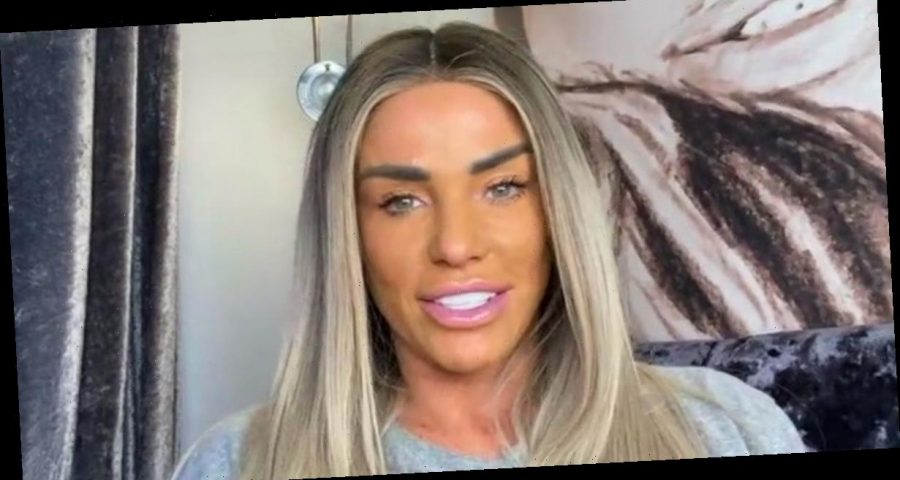 Katie Price has told Loose Women how she now has to go dog walking in her wheelchair after shattering her feet.

The mum-of-five explained on Friday that despite making progress over the last eight months following her horror fall, she is unable to be on her feet for more than 20 minutes.

She added via video link she will never be able to run again.

Katie told the Loose Women panelists: "I'll never be able to run again. All the marathons I would gave like to have done I now can't do but I have to find bikes now.

"I can still horse ride. It's the same with bike riding because it's not weight baring.

"I can't walk the dog for long, I have to be in a wheelchair."

The star added: "It is life changing.

"They said if the damage was on my back I would be paralysed and if it was on my head I would have been dead.

"I have to have physio four times a week."

Away from her own health woes, Katie has been showered with praise after her BBC documentary Harvey and Me shed light on her close bond with her disabled son.

Discussing the reaction to the TV special, Katie said: "Do you know what it has been amazing.

"I think excuse people judge me as a person but in the documentary it doesn't matter what my job it.

"It is a journey of a mother and their son.

"It goes to show the connection we have and how hard it is some times.

"It's looking like we are going to do a part two now. People want to know the journey."

Harvey now lives in a house across the road from her own hose help him transition away from her ahead of moving to a residential college in the Autumn.

"I don't want to upset him and transitioning has to be done slowly. I want it to be fun for him," she explained.

"Now he is in the house opposite but not on his own.

"It gives him in his own space to lean skills.

"I think he's lost weight as I don't put things in the cupboards that he can eat at night where as with us the cupboards are full.

"The doors aren't banging either so he is calm there.

"When he's with us he does head butt the walls or punches them but as it's just him there is calming for him."