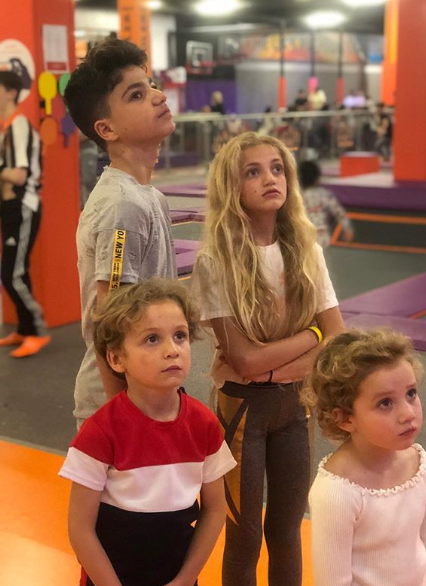 But it was back to business this weekend, being mum to her five children at home in West Sussex.

Katie, who has recently undergone a variety of cosmetic procedures, took her kids to a trampoline park for a day of fun and bouncing.

And as a treat for fans, she shared a rare picture of son Junior, 13, and daughter Princess, 11, with her youngest two children, Jett, five, and four-year-old Bunny. 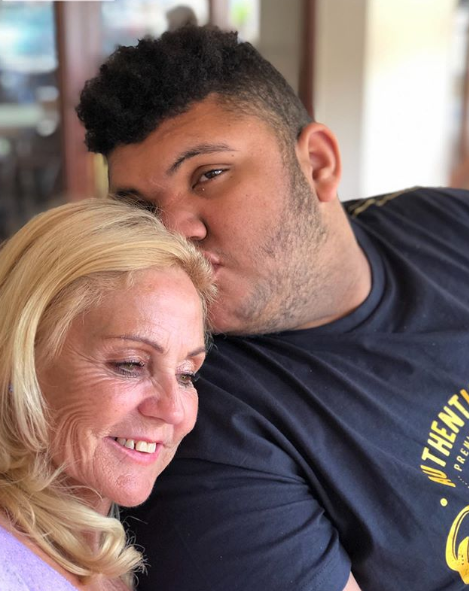 Meanwhile, Katie also posted a new picture of her eldest son Harvey, taken as he gave his gran Amy a kiss on the head.

Katie's family weekend was certainly world away from her night out at G-A-Y last Thursday.

Katie was also captured wailing along to hers and ex-husband Peter Andre's song A Whole New World and mocked ex-boyfriend Dane Bowers'  manhood while on stage.

Kris has been working hard to help Katie transform her life and recently gave her the key to his house.

But last month we revealed that Kris had begged Katie not to have any more surgery before she flew off to Turkey for various procedures.

Friends said the couple had been rowing about her having secret work and Kris gave her an ultimatum – which she chose to ignore.