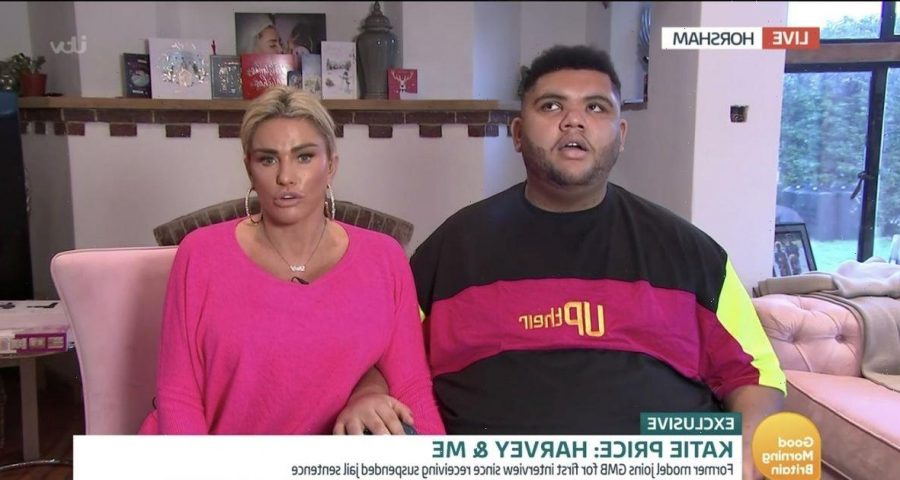 Katie Price has revealed she has decided to keep her weekly trips to a therapist after her car crash last year and subsequent stay in The Priory rehabilitation centre.

Appearing on Good Morning Britain via video link with her eldest son Harvey, 19, on Tuesday morning, Katie, 43, was asked by presenter Susanna Reid to discuss her suspended prison sentence.

The mum-of-five admitted drink-driving while disqualified and without insurance after she crashed and flipped her car in the early hours of the morning near her home in West Sussex, and was given a 16-week suspended prison sentence.

“You managed to avoid a jail sentence and things could have been very different couldn’t they?” Susanna asked, as Katie nodded in response.

“They could have done, and the events leading up to it were really traumatic and it’s still been traumatic after so I’m not ready to talk about it yet,” the reality TV star said.

“But what I can say, is obviously I went to The Priory and I’ve made the decision finally that I see a therapist every week forever to deal with the traumatic events that led me up into that car.

“Because I’m very good at hiding things, but when I’m ready to talk about it, I will come on and talk about it.

“There’s reasons for why I got in that car and my mental state, but yeah when I’m ready to talk about it I’ll talk about it.”

Katie went on to say she feels “ashamed about it all”, repeating that things were “traumatic” in the build-up to the incident.

“And it’s been traumatic after, and the reasons I’m still dealing with now," the star explained.

“But it’s a new year. I just think people shouldn’t judge people until…" she trailed off, as the presenter nodded in support.

It comes as Katie and her fiancé Carl Woods talked about their plans for 2022 as they welcomed in the new year last week.

While Carl shared his excitement for all the business ventures he has in the pipeline, Katie said she was looking forward to a "drama free" 2022.

She then commented on Carl's Instagram that he knew all about the many plans they have coming up, both personal, professional and as a couple.

For all your latest updates on Katie Price, sign up to OK!'s daily newsletter.