KATIE Price's devoted daughter Princess has practiced her best pout as she got a matching makeover with her famous mum.

The girls got their hair done at a salon in Surrey, and while Katie opted for soft waves, Princess decided to have her naturally curly hair blowdried straight. 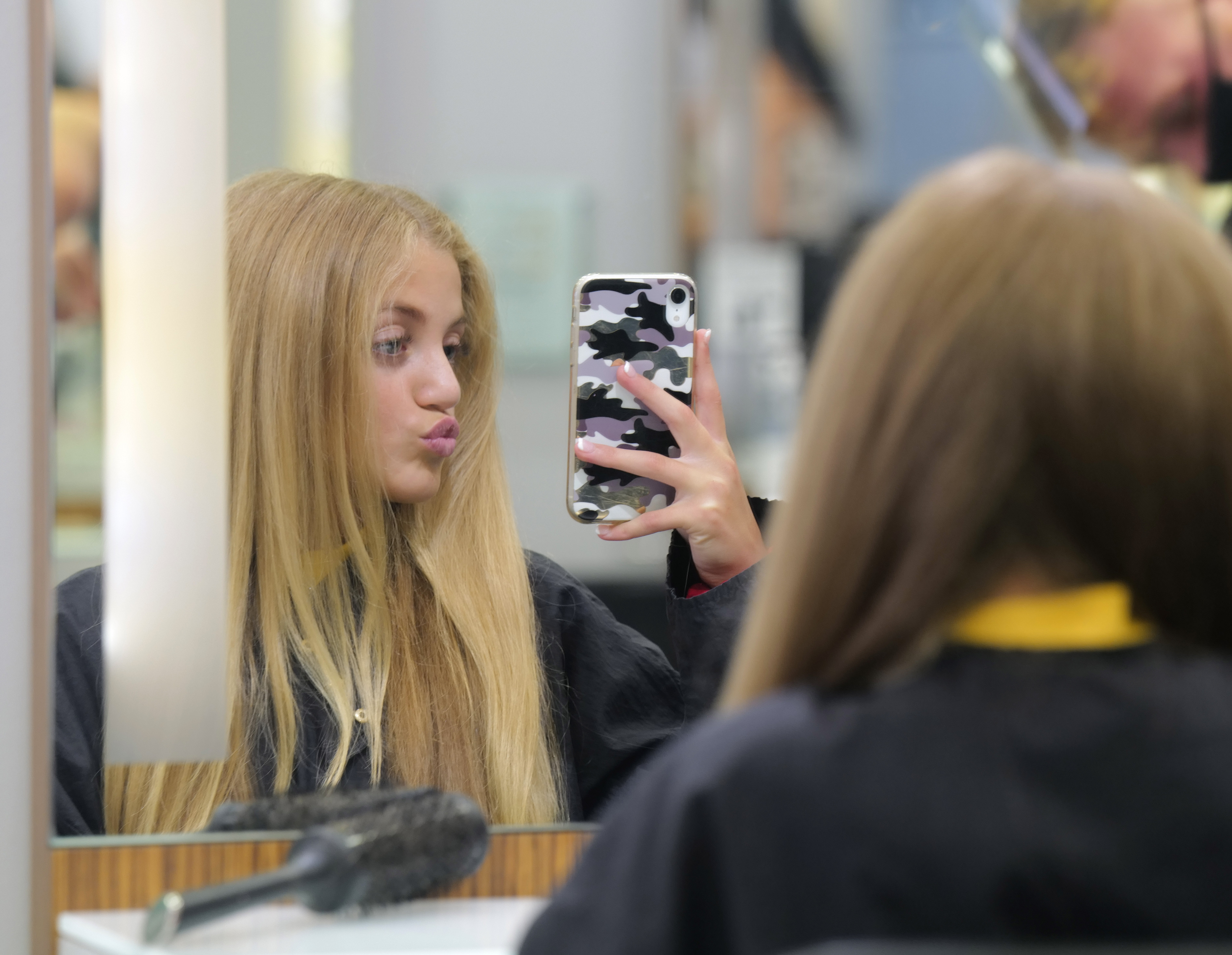 Princess dutifully pushed her mum around in a pink wheelchair as they had hair makeovers in Surrey.

The former glamour model, 42, is currently wheelchair-bound after breaking both her feet in a horror accident in Turkey.

But Katie's not letting the injury get her down as she enjoyed a makeover with her eldest daughter Princess, 13.

The pair were all smiles as her daughter wheeled her to the salon in her pink wheelchair. 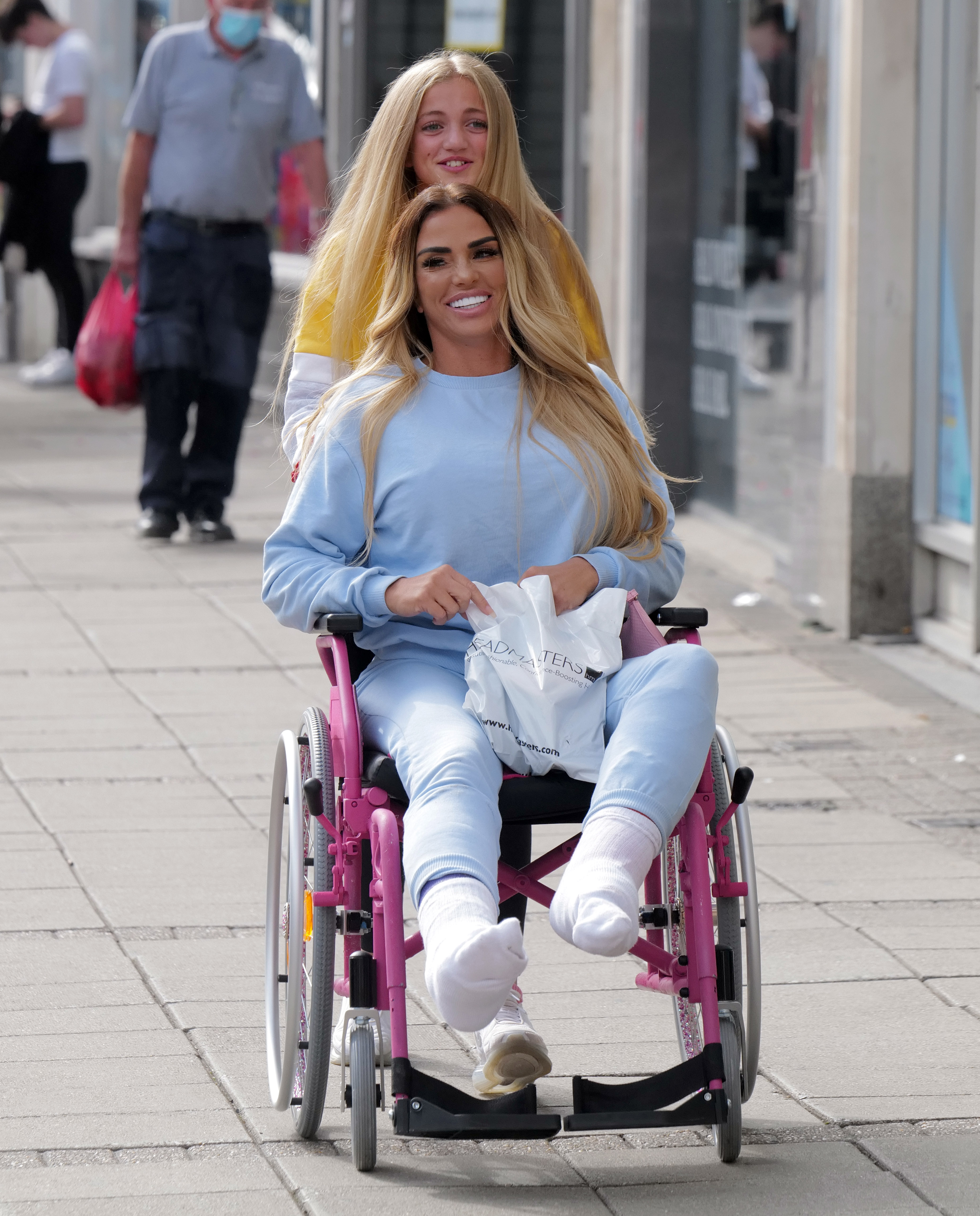 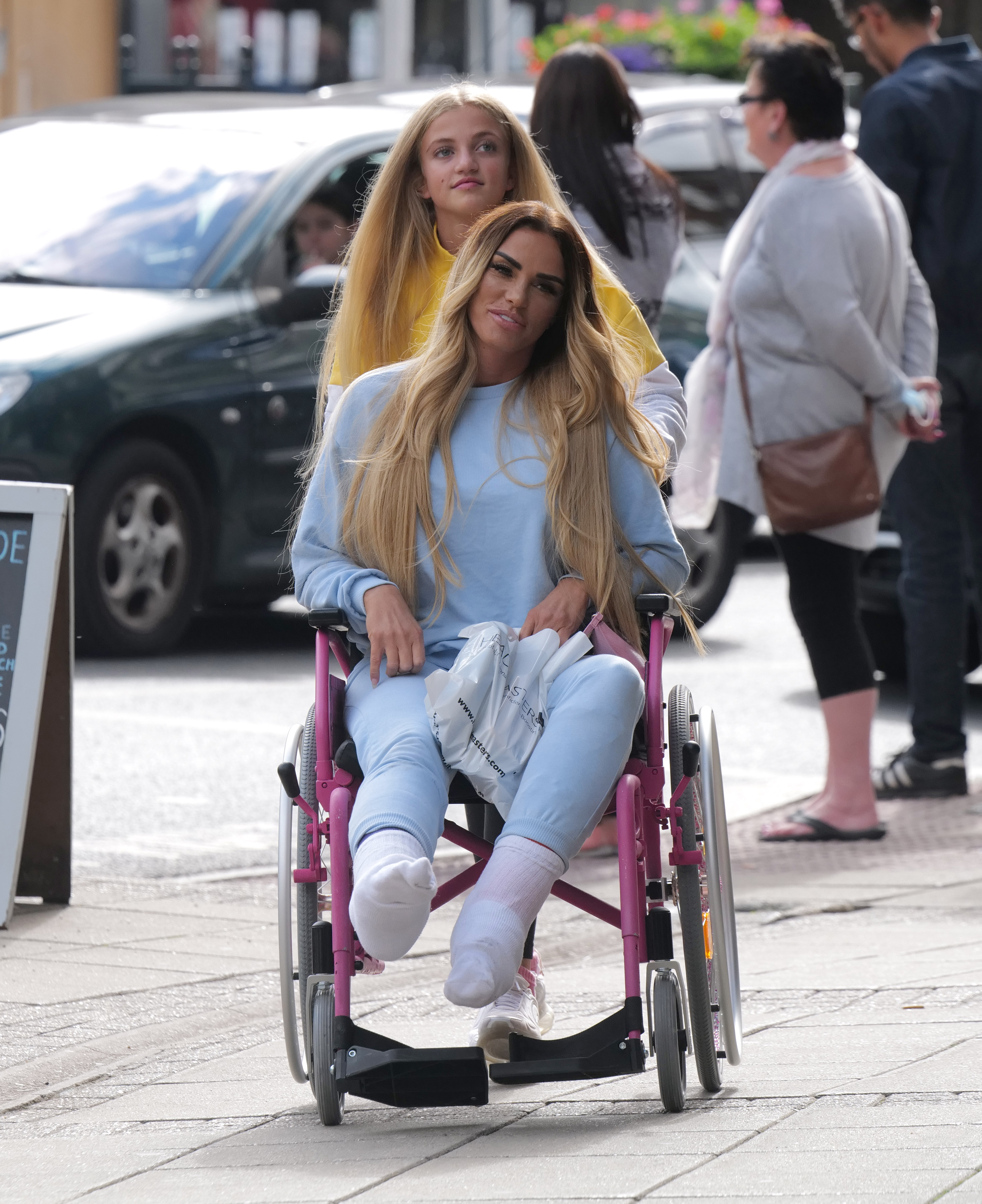 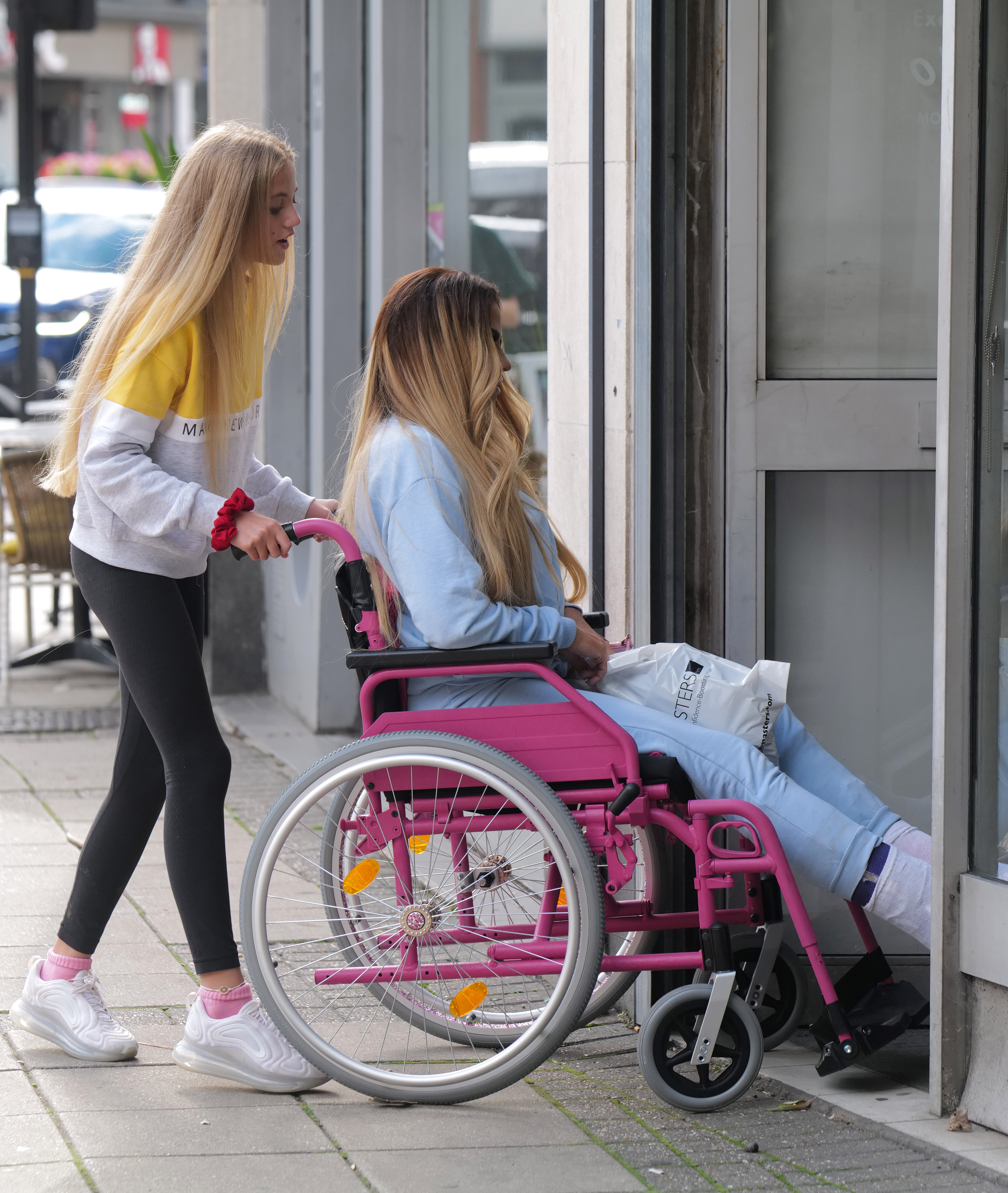 Princess wore a yellow and white jacket, with her hair tied in a ponytail, while Katie opted for a pastel blue tracksuit.

Once inside, Princess took selfies as the professionals did her hair up.

Katie looked happy while the beauticians straightened her hair, before the pair sat on the sofas together.

In a YouTube video, the reality star embarrassed Princess by crawling around the floor with a towel wrapped around her head.

She turned around to her mum on the floor as the hairdresser snipped away on her luscious blonde locks and said: "What are you doing? That's embarrassing!"

The former glamour model replied: "I'm not always going to sit in a wheelchair. 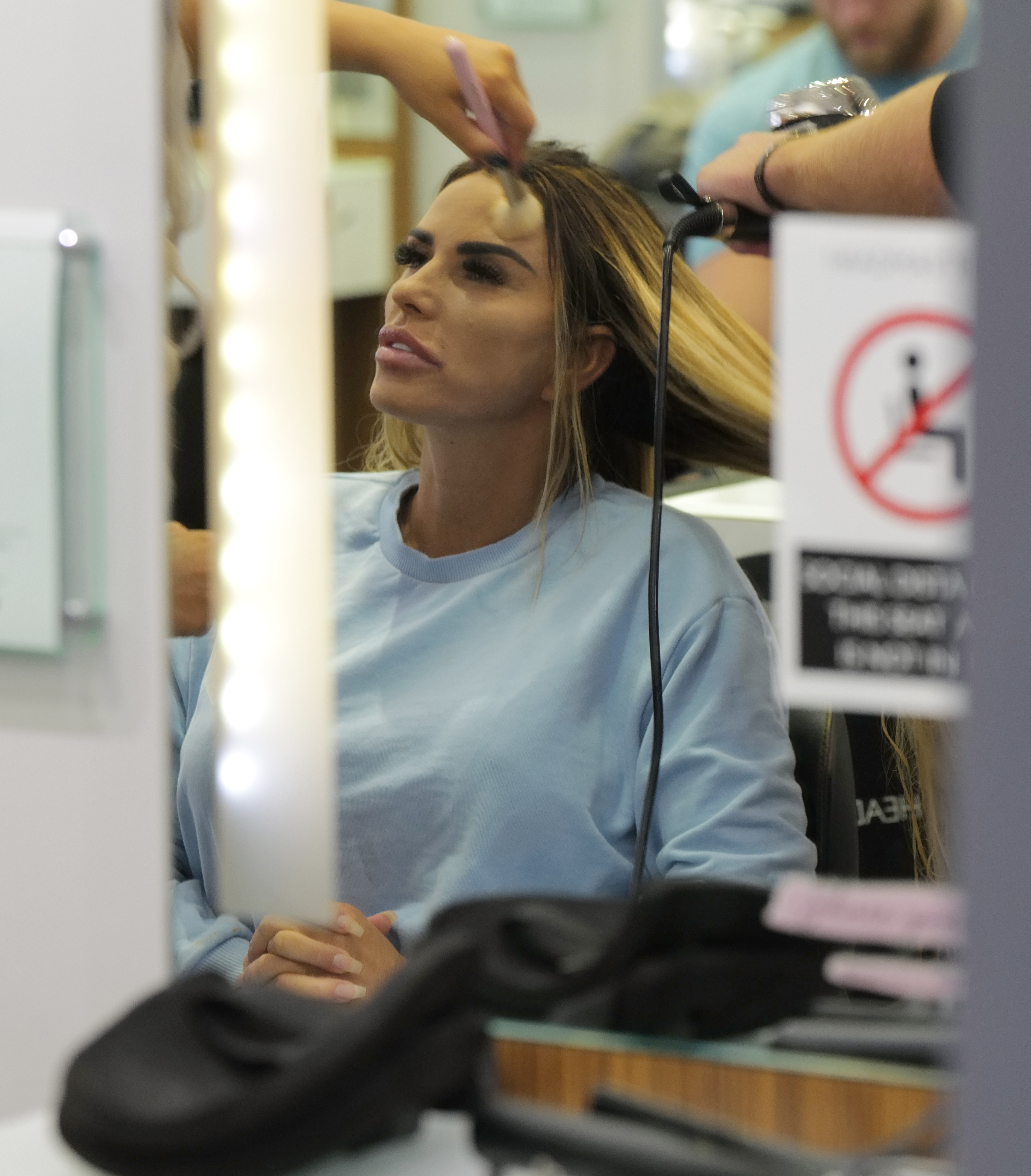 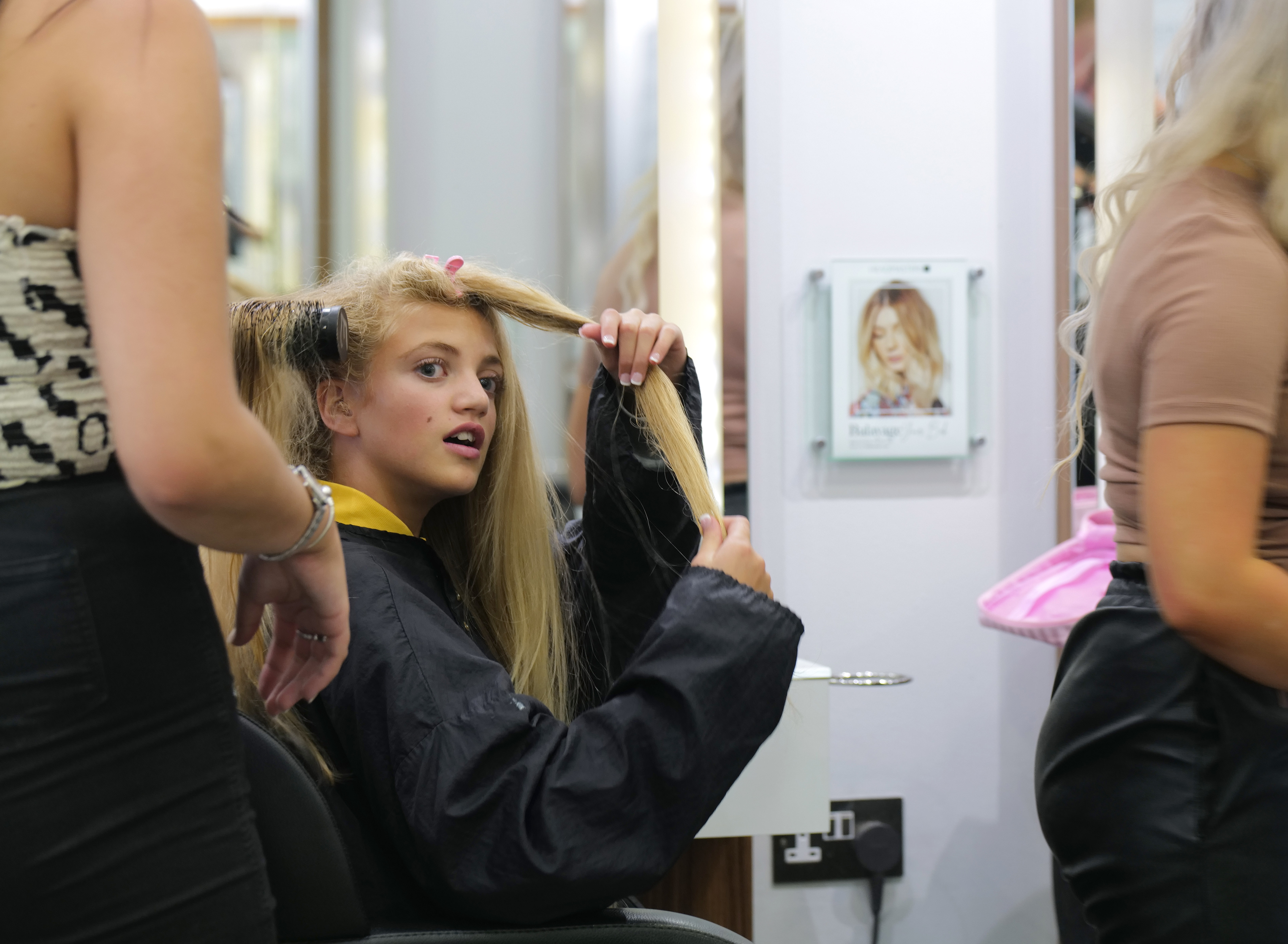 "So I know I'm crawling around a lot, but it's like pride, I don't care what I look like, I just don't want people to keep doing things for me.

"And I don't want to keep sitting in a wheelchair, I want to sit in a normal chair."

In Katie's latest YouTube video, titled Girly Pamper Day With Princess, the media personality also revealed that her feet look like "something out of the movie Saw".

And Princess dubbed her scars "gross". 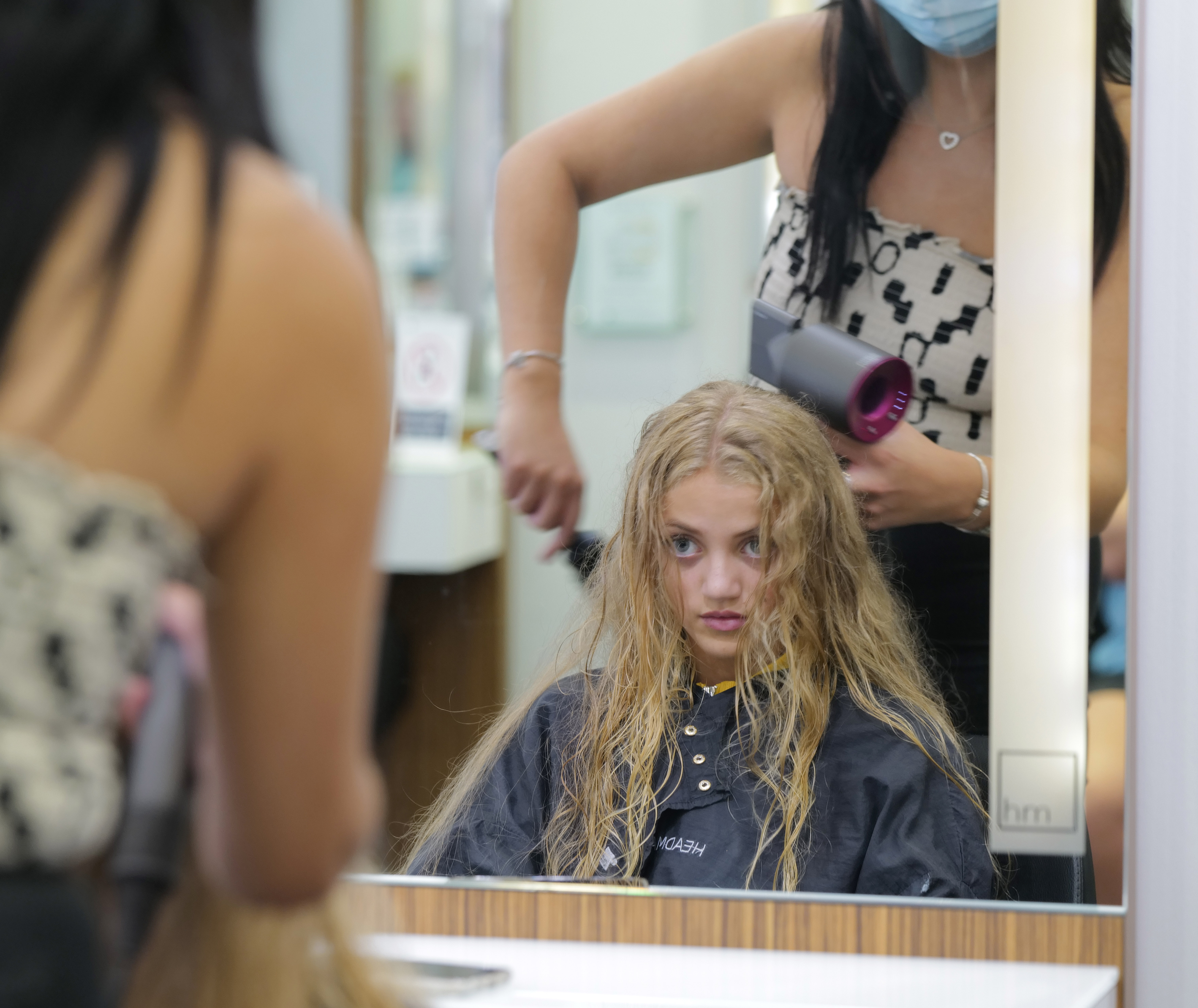 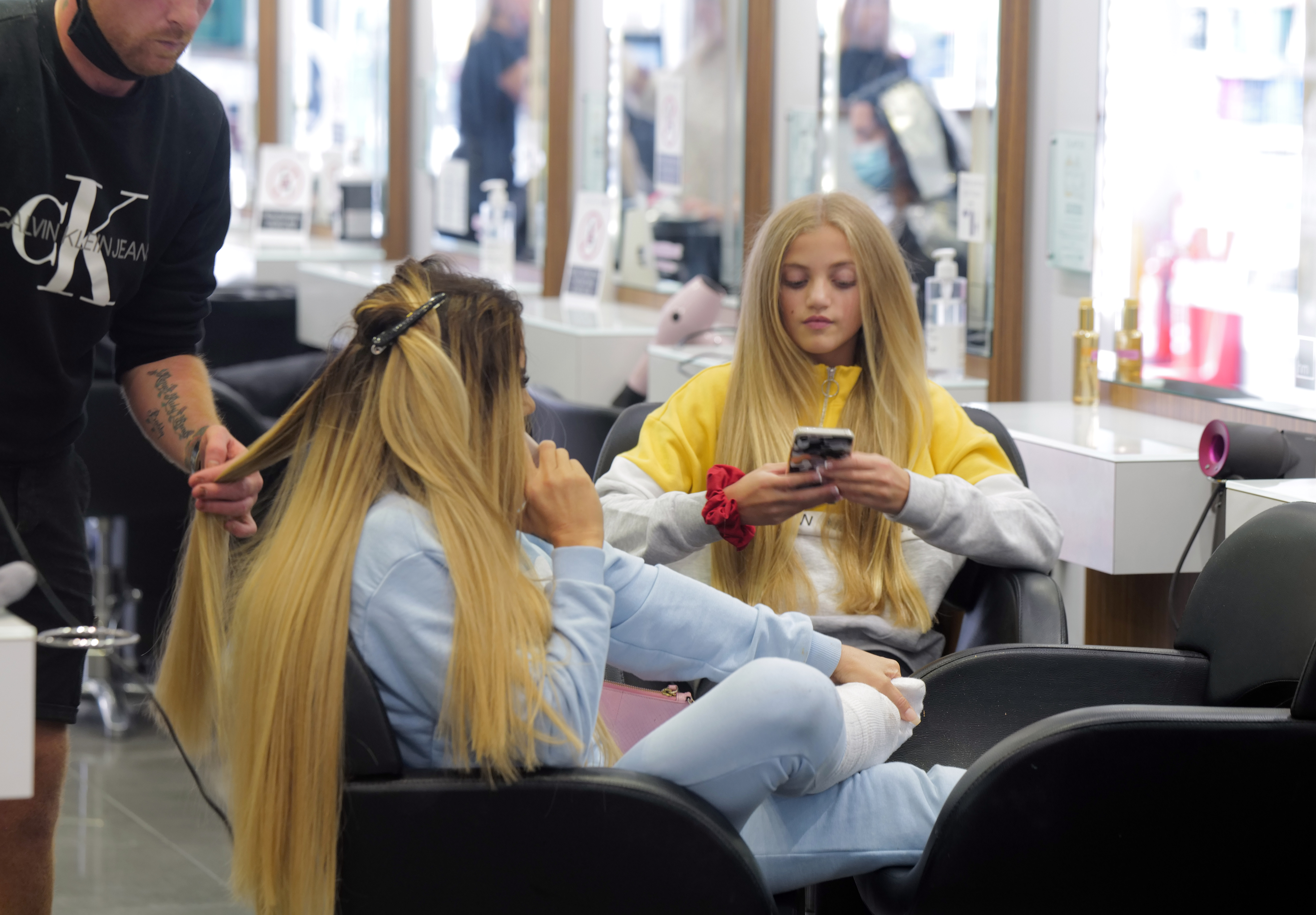 Katie asked her daughter to explain what her feet are like.

The reality star added: "It looks like something out of the movie Saw."

"It does," Princess agreed.

After struggling with her feet in casts, she is now wearing airboots. 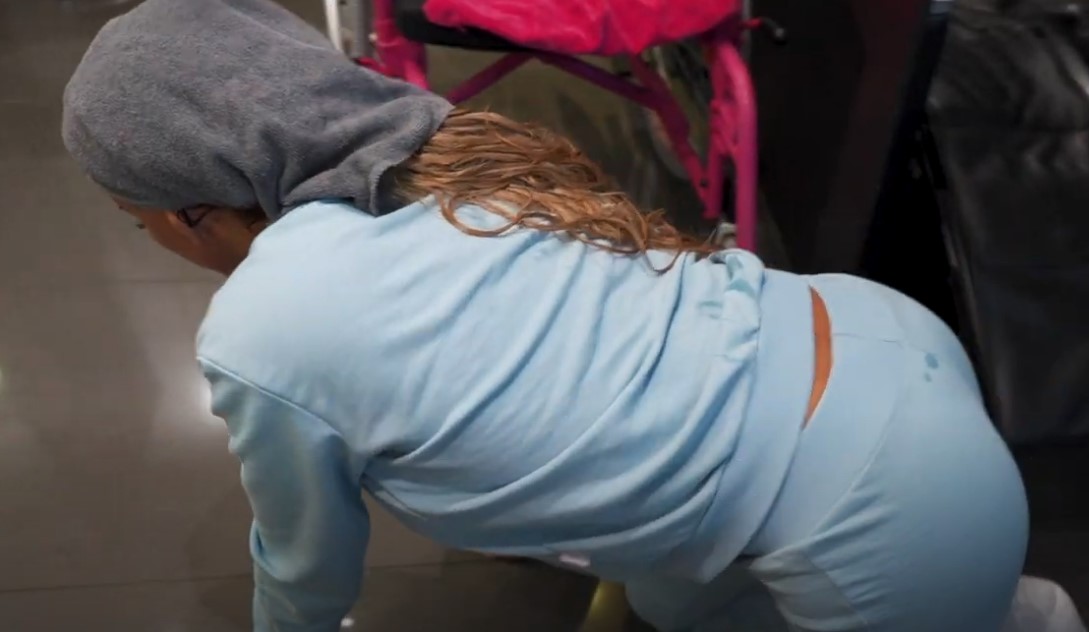 A source told us: "Katie still thinks her feet look like Cornish pasties but they have gone down loads today, the airboots are so much more comfortable."

Back in July Katie broke both her feet when she jumped off a wall on holiday and has since been warned she won't be able to walk for at least six months.

She has been left in agony by the recovery period, and even been forced to hit back at cruel trolls who'd accused her of faking the injuries.

The star has even had to take time away from social media during her recovery period, and instead has been spending quality time with her family and close pals – which is "just what the doctor ordered". 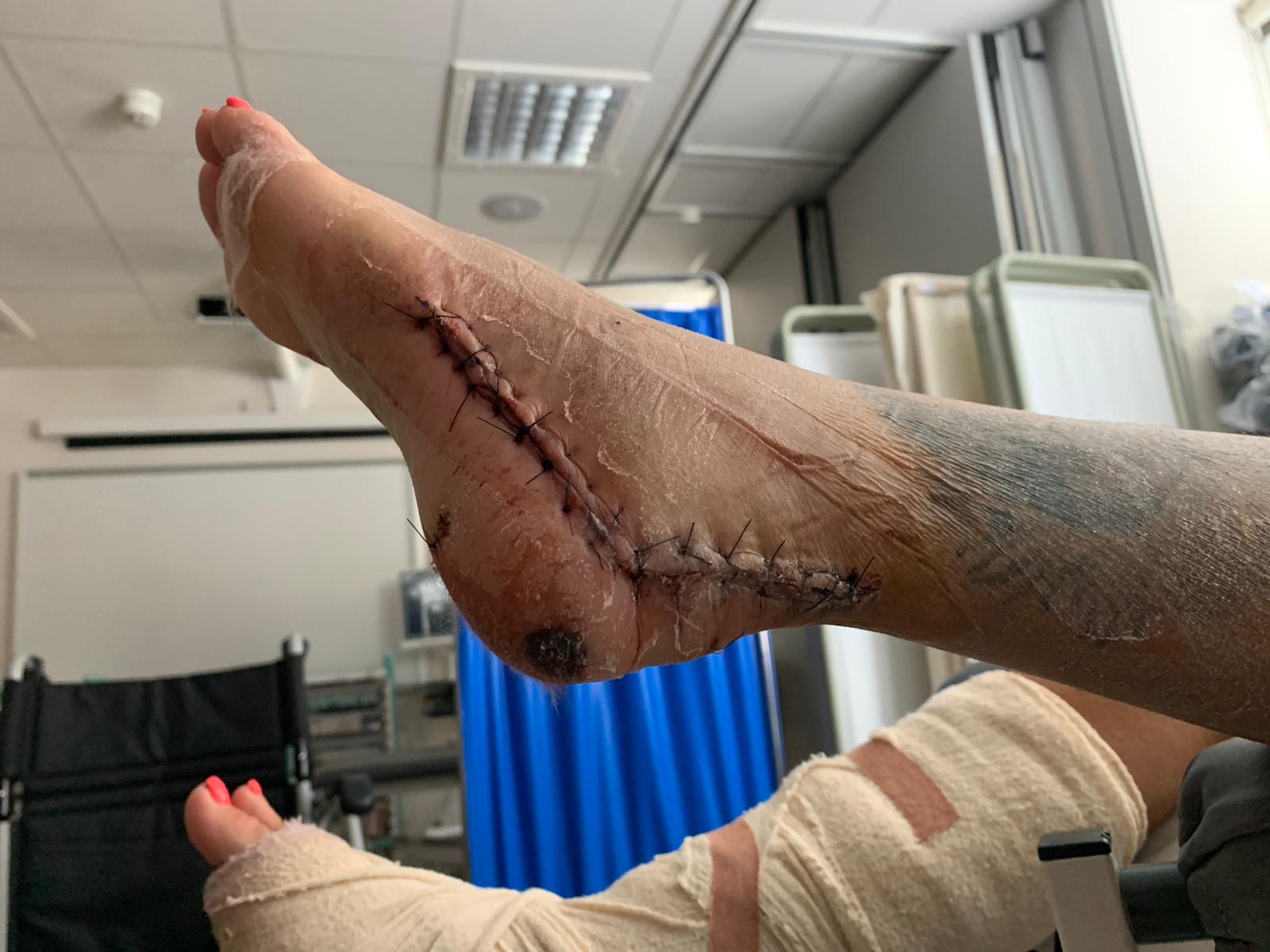 A source told The Sun Online at the weekend: "Kate has had a really hard few weeks.

"Injuring her feet was bad enough. But then she got the diagnosis and had to go through the operation. Recovering has been really hard and she knows it is going to be a long road.

"This weekend has been a step back in the right direction. Surrounding herself with her nearest and dearest is exactly what she has needed. They are all rallying round and making sure Katie is OK."