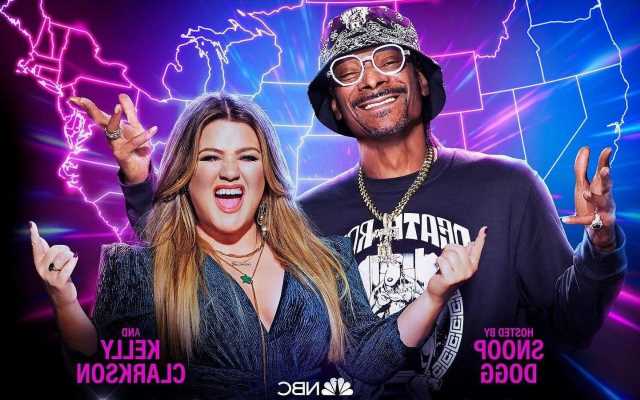 The ‘Because of You’ songstress is still working together with the ‘Drop It Like It’s Hot’ rapper after he’s hit with sexual assault allegations by a woman who claims that he ‘forced oral sex on her.’

AceShowbiz –Kelly Clarkson appears to be standing by Snoop Dogg. The “Because of You” songstress is still working with the “Drop It Like It’s Hot” rapper as she moves forward with their new joint show amid his sexual assault case.

Making use of her Instagram account on Thursday, March 17, the season 21 judge of “The Voice” excitedly announced that their joint show “American Song Contest” is going to premiere soon. “5 more days, y’all!! Catch the premiere of @nbc’s @americansongcontest LIVE this Monday 3/21 at 8/7c!” she wrote in the caption while promoting the new NBC show. The advertisement poster for the reality show saw the duo posing in the center with the name of their show appearing below them.

Hours earlier, Kelly shared a clip of her explaining more about the competition show. “Hey, what’s up y’all. I’ll be hosting ‘American Song Contest’ with the one and only Snoop-D-O-double G,” she said in the video.

Kelly also answered a few questions about the forthcoming show. “Original songs or covers?” she read the question, before answering, “They’re all original songs. We have people from every state in territory competing and no covers are allowed.”

“Please tell me it’s like Eurovision,” Kelly read another question. “The Kelly Clarkson Show” host then responded, “Basically, it’s going to be the biggest singing competition ever,” before promising the viewers, “And it’s gonna be awesome.” She also admitted, “I have never seen a competition like this. So I’m super stoked to be part of it.”

Kelly’s co-host Snoop was sued in February by a model and dancer using the pseudonym Jane Doe. In the court documents, the woman claimed she saw the hip-hop star performing in Anaheim, California on May 29, 2013. She then alleged that Bishop Don Juan, a longtime associate of Snoop, offered her a ride home after the event.

The woman stated that Bishop Don “pulled his penis from his pants and forced his penis” on her face after she was dropped at his house instead of hers. She continued to say that she went to Snoop’s studio, after being told by Bishop Don to go there “to see if he will make [her] the weather girl,” but she had stomach pain that forced her to go to the bathroom.

When she was in the toilet, Snoop allegedly walked in, “standing with his crotch in Plaintiff’s face, while Plaintiff was defecating on the toilet.” She added that the rapper then forced oral sex on her.

Snoop has since denied the shocking allegations. Taking to Instagram, the “Wild, Young & Free” hitmaker said that “Gold digger season is here.” More recently, he asked the court to dismiss the lawsuit as he accused the alleged victim of “extortion.”