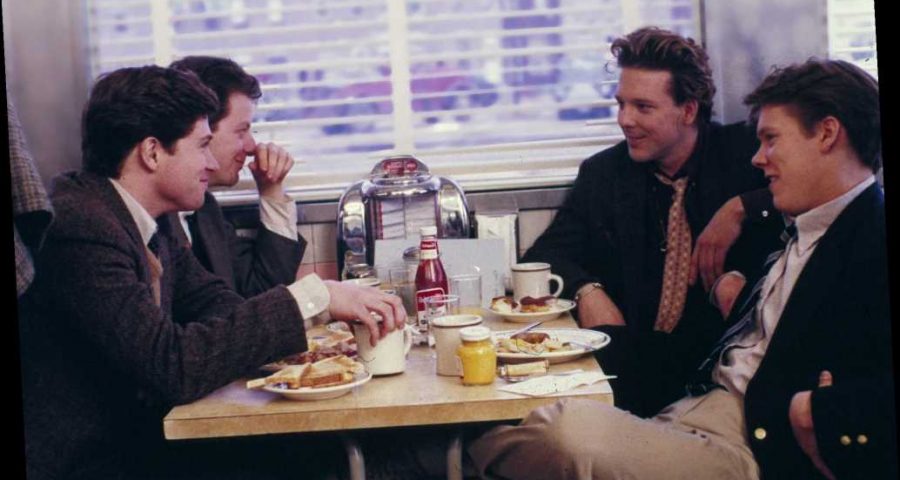 Kevin Bacon says he's learned the importance of not mixing business and pleasure.

While appearing on Late Night with Seth Meyers on Wednesday evening, the 62-year-old actor detailed a time where he had a bad high from smoking marijuana while on the set of his drama/comedy film Diner back in the 1980s.

Initially asked by host Seth Meyers what filming the 1982 movie was like, Bacon stated that it was "a great experience" before sharing a story about how he and costar Danny Stern got high in a movie theater on a day off from shooting, which didn't go so well.

Bacon clarified that he is "okay" when he is high, as long as he is in "a super, super safe kind of situation." According to Bacon, he and Stern, 63, went to the theater and agreed to smoke marijuana together knowing that it was their day off. At the time, nobody knew where they were.

"We're in Baltimore in the middle of the afternoon, watching whatever movie would be the popular movie back then," Bacon said. "… And all of a sudden it's dark, we're watching the movie, and I hear someone go, 'Is Kevin Bacon here in the theater? Is there a Kevin Bacon in the theater?' "

The voice calling out for him, Bacon noted, gave him a scare. "I was like, 'Oh my God, what is happening?' " he recounted.

Bacon then explained to Meyers, 47, that production needed him back on the set and had been searching for him. "And I don't think they needed Danny," he added of his costar. "So he's cracking [up], he's hysterical laughing at the fact that I gotta go back."

The City on a Hill star said that the pair was tracked down on their afternoon escape through word of mouth.

When he returned to set, Bacon said that he was "fine" and luckily, the scene that had to be shot only required his presence in the background.

"Plus, the adrenaline just straightened me right up," he added to Meyers.