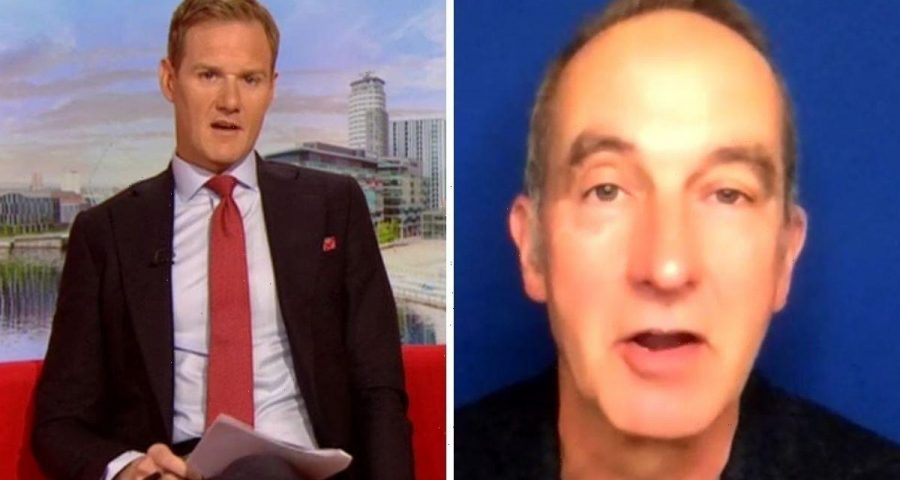 Kevin McCloud: I ‘resent’ being in same group as elderly

Speaking to Sally Nugent and Dan Walker on Monday’s BBC Breakfast, the architect was asked to give his view on whether or not “knick-knacks and gnomes” were returning as a trend following the popularity of minimalism. The 62-year-old complained about being grouped with people of his mother’s age because he appreciates gnomes.

After discussing nostalgic items and whether minimalism is preferred, Dan stated: “Let’s get a few more views on this, we’ve got Kevin McCloud who is well-known of course, for Grand Designs on Channel 4, the presenter.

“Very often,” Sally replied. “I’ve said this to Kevin before – very often when I watch it I do ask the question ‘where’s all their stuff’?”

Dan continued: “Good morning Kevin, lovely to have you with us. How do you feel about a knick-knack or a gnome?”

Kevin replied: “Well, look first of all, I’ve got a gnome, it was made by a friend of mine and it was in my image, it’s called Kevin.

“Actually, when I see a really good gnome, I photograph it.”

Chuckling, Sally commented: “Wow, that was not the answer I was expecting from Kevin McCloud!”

She asked: “Do you think then, from the story we’re talking about this morning that gnomes and knick-knacks might be going out of fashion, do you think maybe we could see a little revival?”

“No, do you know what?” Kevin responded. “I think the most interesting homes are always those which are autobiographical, which are full of people’s stuff.

“And as for this over-65s thing, I’m approaching 65, and I kind of slightly resent being lumped into the same group as my elderly relatives.

“Look, for example, my mum is 90, her taste is completely different to mine, she enjoys Capodimonte I enjoy a little bit of Danish minimalism, whatever you want to call it.

“But look, we share a love of pottery, and we do because she’s from that part of the world and I remember it from my childhood and so I think your correspondent Mavis is absolutely right, we cling onto the things that have value to us.”

Dan questioned whether the pandemic may have had an effect on people’s tastes: “Do you think the last few years when the vast majority of us have spent a lot more times in our homes than we would have done under normal circumstances, do you think that has maybe changed our relationship, have you got other evidence to support that?

“Or do you think things maybe haven’t changed at all?”

“Oh yeah, no I have talked to a lot of people who have become completely fascinated by their curtains or their bookshelves,” Kevin answered.

“And I spent months of lockdown looking at one play of light on the ceiling wondering when I was ever going to be allowed out into the sunshine again.

“So, all of us came to forge new relationships with our homes, not least because we all discovered how much clutter we all own and actually, how badly we were using our rooms.”