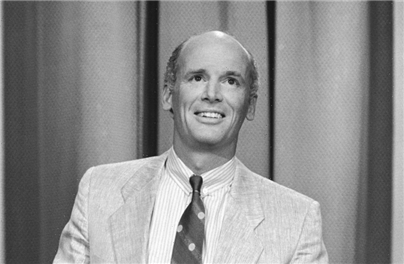 Emmy award-winning comedy writer Kevin Rooney passed away in his home on July 19th after a long battle with diabetes and end-stage renal failure. He was 71.

“He was the greatest muse a comedian could ever have,” said Leno, who met Rooney at The Improv. “I got so much material just through conversations with Kevin. The first time I saw him, I thought, ‘Oh boy, this guy is really good.’ It’s a real voice. There’s no gimmicks. He didn’t have a catch phrase. There wasn’t a funny look. When times were rough, they throw out the catch phrase or funny look. Kevin didn’t have any of that.”

Leno continued, “I don’t know anybody who thought they were better than Kevin Rooney. When Kevin took the stage, we’d all step inside. Me, Seinfeld, Larry Miller. At the end of the night, we’d all say, ‘Rooney’s story was really funny.’

“We were all genuinely happy when he had success. He was a guy who earned it, a unique voice. Never derivative of anyone else. It was that classic New England sarcastic voice. But there was a humanity behind it. Even when he said the most sarcastic thing. He will be greatly missed.”

In 1977, Rooney accidentally went on stage for the first time to do stand-up comedy at El Brookman’s in Washington D.C. and had a pitcher of beer poured on his head. He considered being a teacher, then took another swing at standup comedy, moved to New York City, and then to Los Angeles, where he became a regular at the Improv

Rooney performed standup around the country, appearing frequently on The Tonight Show, Letterman and The A List. Rooney started writing sitcoms in the 90’s, beginning with The Golden Palace and then The Naked Truth and Boston Common.

In 1989, he played Ira in When Harry Met Sally for director Rob Reiner.

But it was writing the “rants” for HBO’s The Dennis Miller Show, for which he won two consecutive Emmys.

In the early 2000s, Rooney continued to create pilots and wrote for Politically Incorrect, before returning to sitcoms with My Wife and Kids, Brothers and ‘til Death. He had co-EP credits on My Wife and ‘til Death and a consulting producer credit on Brothers.

It was during this time that he became a mentor to many comics and writers, including Judd Apatow who opens his Master Class series talking about Kevin.

“Kevin Rooney was a viscously funny comedian, writer, and political satirist. But more importantly, he was an incredibly kind friend and generous mentor to so many in our community,” said Apatow.

Rooney met and married singer/actress/writer Carole Raphaelle Davis in the late nineties, and the couple happily split their time between Nice, France and the Hollywood Hills, where they advocated for animal rights, ate delicious vegan meals, and fought Kevin’s diabetes together.

Kevin and Carole, or “The Raging Rooneys” as they were better known, always kept at least four adopted dogs, and when one passed, they would rescue another homeless dog. In support of Carole’s work to abolish puppy mills, Kevin coined the phrase “Adopt Don’t Shop” for her protests in front of pet stores. The phrase, which has become a part of the lexicon, helped get anti-puppy mill legislation passed in over 200 cities.

He’s survived by Carole, his sister Rebecca and his brother Matthew. His dogs Bugsy and Micheline will miss him as well, as will many in the comedy community.

‘House Of The Dragon’ Panel, ‘Interview With The Vampire’ Trailer & Panel, More