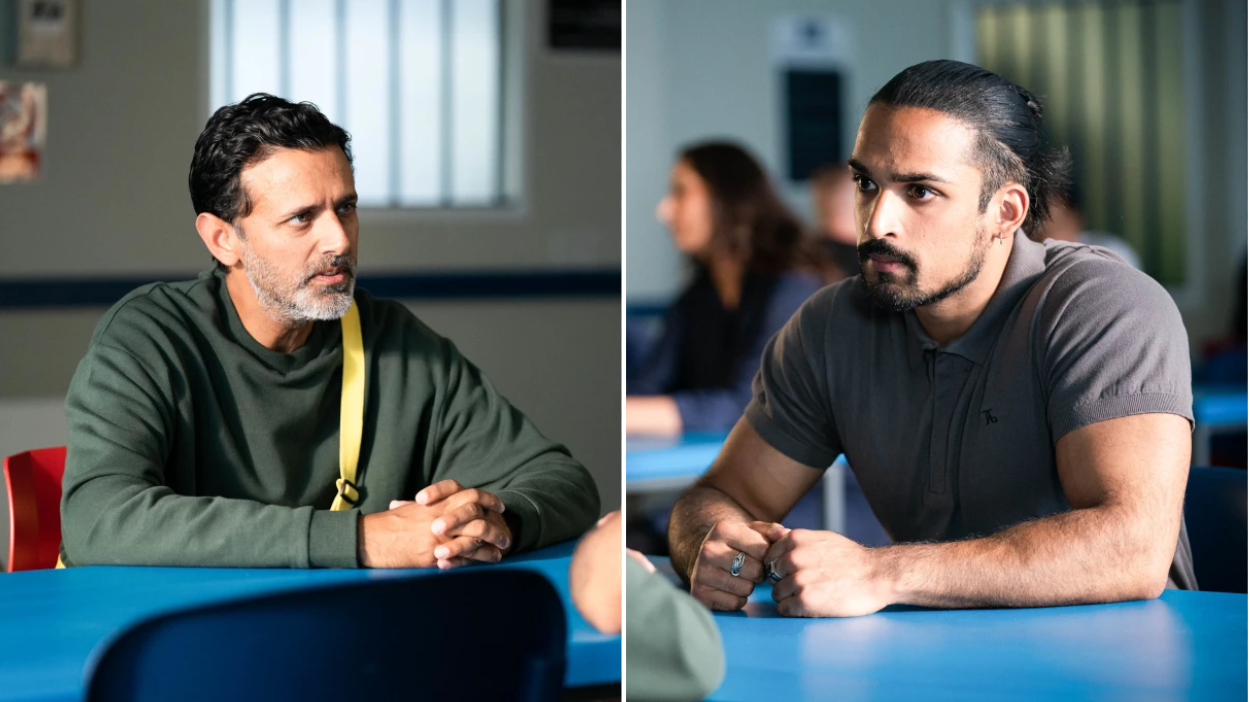 There was a shock twist on EastEnders when we discovered that Ravi Gulati (Aaron Thiara) is actually the son of Nish Panesar (Navin Chowdhry), rather than Ranveer Gulati (Anil Goutam) – the man that Ravi recently killed.

The revelation came about when Ravi went to visit Nish in prison. The two men discussed Kheerat (Jaz Singh Deol), and Nish assured Ravi that he would soon be out of prison and would make sure to put Kheerat in his place.

In upcoming episodes Nina (Hersha Verity) mocks Ravi’s hopefulness that soon after Nish’s release he’ll be an accepted member of the Panesar family. He goes to the prison again to see his father, but is left devastated when Nish seems far more interested in seeing Kheerat and Vinny (Shiv Jalota) than he does in having a relationship with him.

It’s bound to have a devastating effect on Ravi, who we already know is capable of cold-blooded violence. He also has incredible leverage over Suki (Balvinder Sopal) as he’s allowed her to think that she was the one who killed Ranveer and he has simply been protecting her.

Trying to get in his father’s good books by doing his bidding, Ravi gets Vinny to come to the prison to see Nish. But why is Nish so keen to see Vinny?

And how will the arrival of the sinister and manipulative Nish, and the revelation that Ravi is his son, affect the already broken Panesar family?