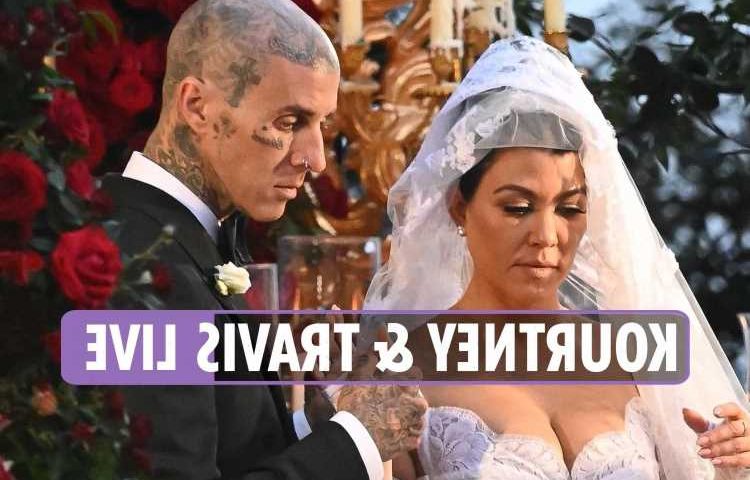 KOURTNEY Kardashian and Travis Barker have officially tied the knot and celebrated with loved ones on Sunday.

The newlyweds were surrounded by family and friends as they exchanged vows in Italy.

The couple's ceremony was held at the seaside compound of Domenico Dolce and Stefano Gabbana, and they rented out an entire castle called Castello Brown in Portofino for the reception.

This was the third wedding ceremony for Kourtney, 43, and Travis, 46, after they previously exchanged vows in Las Vegas and at a courthouse in Santa Monica.

Even though they had an officiant at the chapel in Las Vegas, the wedding was not legal, as they did not have a marriage license during that time.

The second ceremony at a small courthouse in California occurred on May 15, 2022, and was legal, as the couple exchanged vows on the steps of the courthouse, according to TMZ.