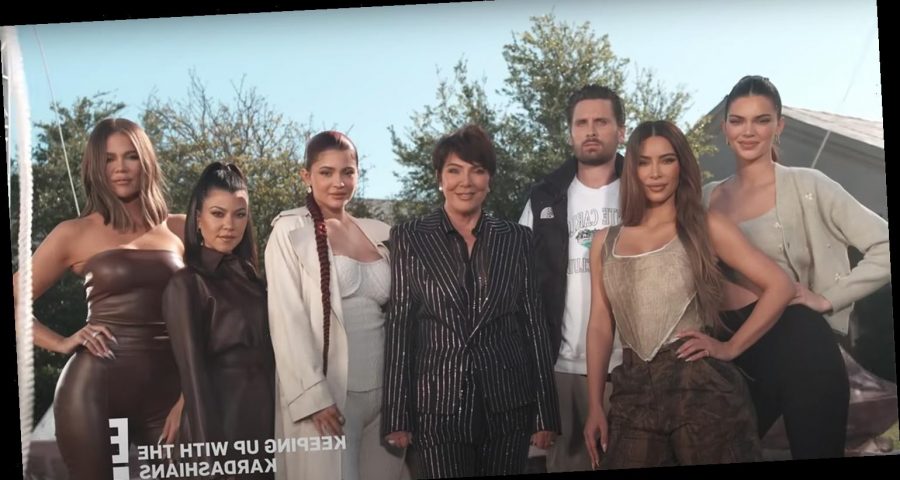 It's the beginning of the end of E!'s Keeping Up with the Kardashians.

The network dropped a supertease on Monday for the upcoming 20th and final season of the famous family's reality series, which premiered in 2007. Narrated by Kim Kardashian West, the clip opens with a look back at some of the show's most memorable and intimate moments.

"For the past 14 years, our family has invited cameras inside our homes to document our most personal moments," says Kim, 40. "We have shared the ordinary and extraordinary, our triumphs and our tragedies."

"Now we are upon our 20th season," she continues. "And still have so much more of our journey to share." And that includes some major new developments. In the clip, Kendall Jenner, the only one of the five sisters who doesn't have children, admits she's eager to start a family of her own.

Khloé Kardashian, 36, also has babies on the brain — the footage teases a moment between her and boyfriend Tristan Thompson as the couple explores surrogacy for baby No. 2. (A source told PEOPLE last month that having a second child is a "big priority" for the pair.)

"You're trusting a surrogate with your unborn child — it's just scary," says Khloé, 36, who is mom to 2-year-old daughter True with Tristan, 29.

As for the rest of the family, there's drama brewing. At one point in the supertease, Kim — who filed for divorce from husband Kanye West in February — breaks down. "I feel like a f—ing loser," she sobs.

There's also a spotlight on Scott Disick, 37, who confesses that he's "thinking about proposing" to ex Kourtney Kardashian, 41. "I love you," he tells her.

And last but not least, Kris Jenner might be facing a situation involving her own ex, Caitlyn Jenner, whom she divorced in 2015.

"I don't know if mom has any more to give," Khloé adds as the clip cuts to a scene of Kris crying.

The family announced last September that KUWTK would end with season 20.

"To our amazing fans — It is with heavy hearts that we've made the difficult decision as a family to say goodbye to Keeping Up with the Kardashians," their statement at the time began. "After what will be 14 years, 20 seasons, hundreds of episodes and numerous spin-off shows, we are beyond grateful to all of you who've watched us for all of these years — through the good times, the bad times, the happiness, the tears, and the many relationships and children. We'll forever cherish the wonderful memories and countless people we've met along the way."

But they won't be gone for long — they're working on new content set to begin airing on Hulu later this year. Kris and her daughters announced in December that they had signed a multi-year deal to "create global content" that will be streamed exclusively on Hulu in the United States, and in multiple territories on Star internationally.

Season 20 of Keeping Up with the Kardashians premieres March 18 on E!