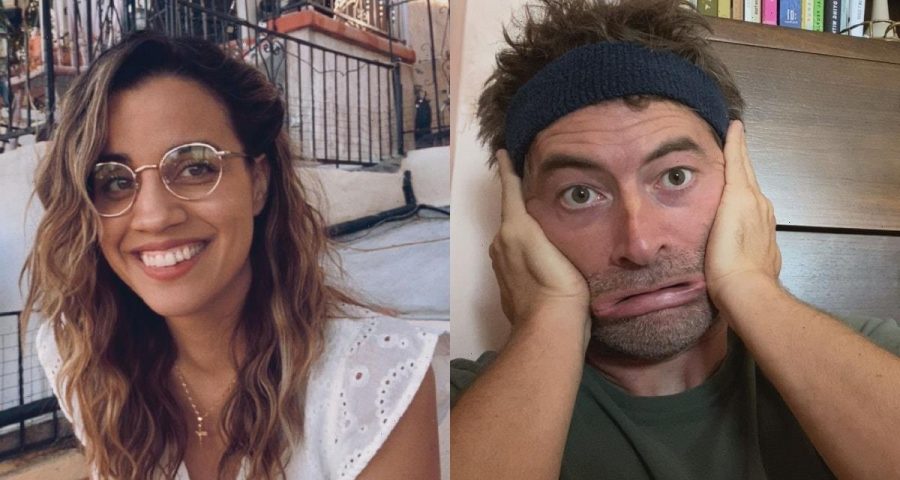 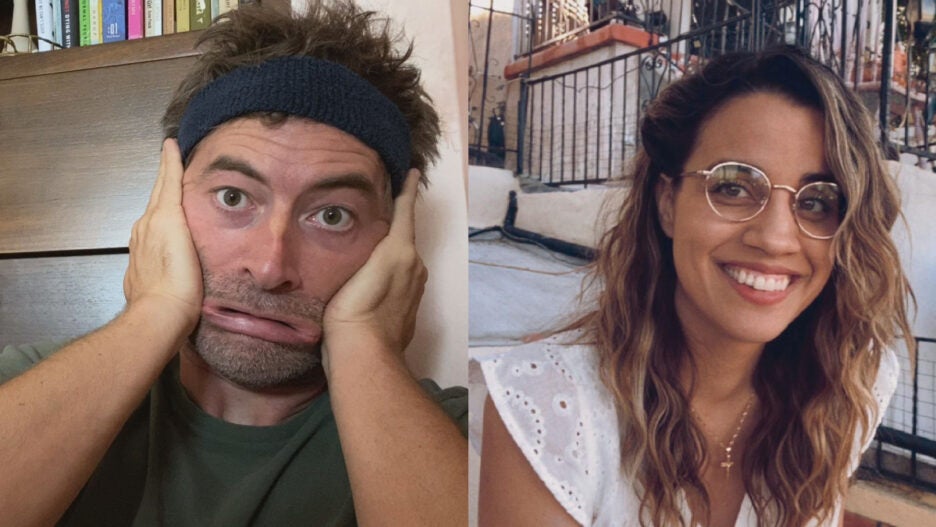 Early pandemic films immediately adapted to Zoom rooms and settings, but something was usually missing from them. It was hard to form an attachment to a movie full of Zoom screens without immediately thinking about COVID. Similarly, it became harder to relate to content when we were simultaneously learning how to live with our own thoughts as we sheltered at home.

But Natalie Morales’ directorial debut, “Language Lessons,” creates a warmth that so often gets lost in these virtual meetings. With her gentle guidance and two very heartfelt performances, the result is a warm, lovely film about platonic affection and the human need for connection.

Cariño (Natalie Morales) is a virtual Spanish teacher hired by Will to give his husband, Adam (Mark Duplass), Spanish lessons. A hundred weeks’ worth of Spanish lessons, to be precise. Despite an awkward meet-cute, Adam dives into the classes with some intermediate conversational Spanish at the ready. It’s clear he is uncomfortable with his wealth and privilege, and almost instantly, the question of truly knowing someone arises. 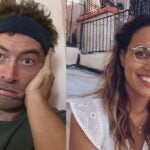 The two start to form a unique bond when Will dies suddenly, and Adam is left empty and in shock. Cariño becomes Adam’s last link to Will, and the messages and the lessons allow his grief to ebb and flow as needed.

But though Cariño shows that she cares for Adam, there’s an emotional wall that is being tested. As she witnesses Adam’s grief and offers support — even though he’s in California and she’s in Costa Rica — her own tragedy is looming. As the relationship starts to be tested, Cariño tries to shut the world off, including her messages with Adam, but Adam isn’t letting go. And that is the ultimate test of what their relationship is truly about.

In her first outing as a director, Morales plays with tone and uses scenery to convey what’s going on beneath the surface. She finds the connective tissue that humans need — comfort, communication and caring. While the frame carries that familiar Zoom feel, the use of different colors and visuals in the backgrounds elevates the feeling of empathy — so much so that when Cariño starts to pull away, the screen changes. The crackle of the limited connection that might drop the call brilliantly becomes both literal and metaphorical. As their relationship gets tested, so does their internet connection. 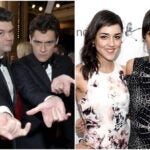 For most of the film, Duplass and Morales are the only performers. We hear Will and Cariño’s family for a few minutes off screen, but the rest is completely in the hands of the co-writers, and they truly sell this platonic love story. As Duplass moves through Adam’s grief, his expressions are touching and yearning, but it’s clear from the start that the longing he feels is neither romantic nor lustful. It’s just someone yearning to remember what it feels like to be understood. Similarly, when Adam first realizes his husband is dead, the anxiousness and chaos brewing within is expertly portrayed through Duplass’ motions.

Morales, for her part, offers a different perspective on mourning and trauma. The way she restrains herself emerges both in her posture and in her language. When she’s the one in need, her Spanish becomes more formal and rigid, whereas when she reaches out to help Adam through his loss, her words are tender and they flow a bit more freely. Even the use of setting — outdoors for a more free Cariño, indoors for emotional moments and as a barrier to keep from knowing her deeply — is thoughtfully accomplished. There’s a clever moment that asks how much can you know a person when all you know is what you see virtually. The film doesn’t focus particularly on it, but it’s an intelligent and subtle comment about how we live now. 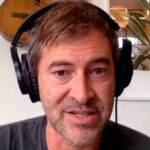 My one quibble is Morales’ Spanish: I’m a first-generation American, born and raised in Los Angeles. My Spanish is good, but no one would confuse me for being born elsewhere. So Cariño being born in Cuba, raised in Miami and then living in Costa Rica just does not make sense. Her accent would be different (even though her character says she moved to the States when she was 8) had she been raised in Cuba. And though we don’t know how long she’s been in Costa Rica, certainly the local Spanish dialect would have seeped in her speech.

That’s a minor issue to have with “Language Lessons,” particularly since the way Cariño uses language also plays as a sly wink at Latinos in America. The Spanish spoken in the U.S. is different, and it’s something those of us raised here know. The less-than-perfect Spanish is part of what makes us Latin Americans, a unique link to our past while blending it with our present, and it’s just one of many layers that make this film so insightful about how we communicate with each other, even when we’re trapped inside a laptop screen.