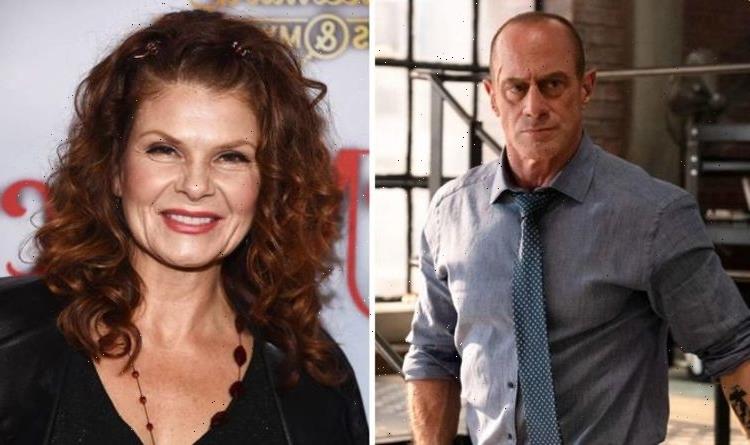 Law and Order Organized Crime is a spin-off from SVU (Special Victims Unit) which also airs on NBC. Organized Crime saw the return of Elliot Stabler (played by Christopher Meloni), who has returned to lead a brand new team, 10 years after his time at the SVU. Here’s everything you need to know about the four new cast members joining the crime drama.

Who is joining the cast?

First up is Canadian actress Lolita Davidovich who will play someone called Flutura Briscu.

Davidovich is probably best known for her breakthrough role of Blaze Star in the 1989 film Blaze.

She isn’t a stranger to the world of Law and Order either, given that she had a recurring role in True Crime: The Menedez Murders.

Davidovich has also been in Shades of Blue, The Longest Ride, How to Get Away with Murder and True Detective.

Last month, it was announced actor Mykelti Williamson would be joining the Law and Order cast.

He will be portraying a character called Preston Webb but no further details have been released about who he is.

The 64-year-old actor has been in some memorable films including Tom Hanks’ Forrest Gump, Con Air and Ali.

In terms of his television work, Williamson has been in Boomtown, 24, Justified, The Good Wife and Nashville.

Most recently, Diaz played Huck in ABC’s hit drama Scandal, as well as the comedy United We Fall.

He was one of the stars in Showtime’s Weeds and Chapelle’s Show for Comedy Central too.

Some of his other projects have been Girls, Broad City, High Maintenance and Mercy.

Actor Dash Mihok is going to be portraying a character called Reggie Bogdani in season two.

He is most likely best known for his role as Brendan “Bunchy” Donovan in Showtime’s Ray Donovan.

Mihok will return as Bunch as he has recently finished working on the last Ray Donovan movie special.

Fans should look out for Mihok in the future as he will be starring opposite Ben Affleck in Deep Water.

Other cast members returning to the series will be Danielle Moné Truitt, Tamara Taylor, Ainsley Seiger and Dylan McDermott.

The spin-off will be returning alongside Law and Order SVU which is back for season 23.

The show starring actress Mariska Hargitay as Olivia Benson will kick off with a two hour special.

Law and Order Organized Crime season 2 will premiere tomorrow, Thursday, September 23, on NBC in America. A UK release date has not yet been announced.