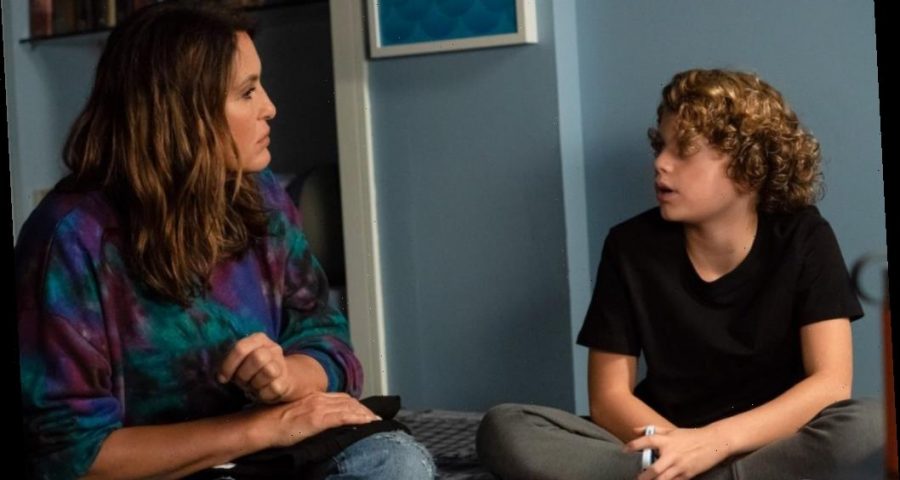 Fans have been eagerly counting down the days until April 1 is finally here. Law & Order: SVU will return with an all-new episode that will hold the reunion of their dreams – Olivia Benson (Mariska Hargitay) and Elliot Stabler (Christopher Meloni) will be reunited, and fans have a lot of expectations for the moment. April 1 is also when Meloni’s new Law & Order spinoff, called Law & Order: Organized Crime, will finally premiere.

Ryan Buggle, who plays Captain Benson’s son, Noah Porter-Benson in SVU, recently shared some photos, and one of them in particular is sure to get fans talking because it features Buggle alongside Hargitay and Meloni.

Benson and Stabler were partners for over a decade, and they had amazing chemistry. They worked well together and formed a strong-bonded partnership. They helped get justice for countless victims while working the Special Victims Unit, but sometimes the cases hit too close to home and affected them both in different ways.

Meloni, who reprised the role of Stabler, left before season 13 over contract negotiations. It was a hard pill to swallow for fans and his longtime partner, who never even received a goodbye from him. Their reunion has been something fans were hoping to see for a long time, and the moment is finally going to happen when Stabler returns to SVU in a special crossover event.

Stabler’s new spinoff, called Law & Order: Organized Crime, will feature a crossover with SVU on April 1. At 9 p.m. EST, Meloni will return to SVU and reunite with Benson in episode 9 of season 22. In the following hour, Organized Crime will premiere and continue the crossover between the two shows at 10 p.m. EST.

What will ‘Law & Order: Organized Crime’ be about?

Stabler is returning in a new set of circumstances with the organized crime division. He returns “after a devastating personal loss,” according to NBC.

Here is the rest of the official description: “However, the city and police department have changed dramatically in the decade he’s been away, and he must adapt to a criminal justice system in the midst of its own moment of reckoning. Stabler will aim to find absolution and rebuild his life while leading an elite new task force that is taking apart the city’s most powerful crime syndicates one by one.”

Ryan Buggle, who plays Noah Porter-Benson, Benson’s adopted son, recently shared some images, and one of them will get fans super excited for what’s to come. The first is a behind-the-scenes image of Buggle in an all-blue cold-weather coat, complete with a blue hat. He’s also wearing a mask, and he looks at the camera. Behind him are chairs that say: “Law & Order Organized Crime.”

There’s also a behind-the-scenes shot of Buggle outside what appears to be his trailer on set, as it says, “Noah Benson” on it. Buggle smiles for the camera outside the door in the same attire from the first shot.

There’s also an image of Buggle in a mask while Hargitay has her arm on his shoulder with a smile on her face. The image, which is available through Getty, shows her wearing a black coat and hat, as it’s snowing around them. By her side is Meloni, who is also wearing a coat with dress slacks. He has his hand on Buggle’s head with his other hand holding an umbrella in place. Someone holds an umbrella on Hargitay’s side, and the crew can be seen behind them.

Buggle captioned the post on Instagram: “No joke, April 1st! 💙 #nbcsvu #organizedcrime.” This means Buggle will be in the new series Organized Crime, at least in the first crossover, with his on-screen mother, Olivia Benson. It will be nice to see them all interact together now that Stabler is back in Benson’s life. Hopefully, it means we’ll see more of them together in the future.

If this doesn’t get fans excited about the crossover event happening between SVU and Organized Crime along with Benson and Stabler’s reunion, we don’t know what will.