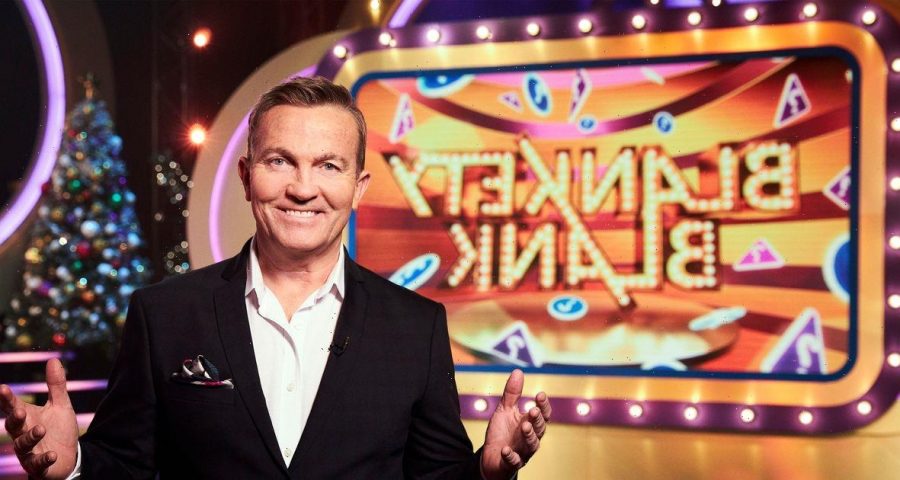 Legendary gameshow Blankety Blank is set to make a valiant return to BBC One for a new series, following a hit Christmas special.

The classic gameshow will be hosted by Bradley Walsh, who also hosted last year’s festive revival.

Bradley said: "I laughed so much when I was filming Blankety Blank – so when they asked if I’d be up for doing a series, I jumped at the chance."

The Chase presenter actually has a deep connection to the show – in the past, he has appeared as the studio warm-up comic and appeared on the panel as a celebrity guest.

Speaking about his December debut on the programme, Bradley told RadioTimes: "I’m not feeling the pressure so much. [It’s] just the fact that I love a bit of nostalgic telly and to follow in the footsteps of Sir Terry Wogan and one of my heroes Les Dawson, having worked on the show as a studio warm-up for Les a few times, it’s a thrill for me."

A brief revival also took place with Paul O’Grady as Lily Savage from 1997 until 1999, rebranded as Lily Savage’s Blankety Blank in the early noughties.

Bradley isn’t the only host to have presented a one-off special – the honour was also given to Vernon Kay in 2007 and David Walliams in 2016.

But Bradley definitely made waves during last year’s festive show, as he toppled over and fell right behind the set.

He was approaching the last row of celebrities as Amir Khan struggled to come up with an answer, asking: "What’s happened with Amir? Alright, Amir, what have you put?"

But before he got an answer, Bradley took a tumble, prompting Jimmy Carr to have a right giggle.

"Don’t let Grandad wander off like that!" he laughed, as Anita Rani asked: "Which way did you go?"

The celebs left Bradley to reassure the panel that he was okay, chuckling: "I’m alright, I’m alright."

In essence, the aim of the game is to match the answers of as many of the celebrity panelists as possible on fill-the-blank questions.

During the Supermatch round, contestants had to choose the most common response based on a survey of the studio audience, and could consult the celebs for help.