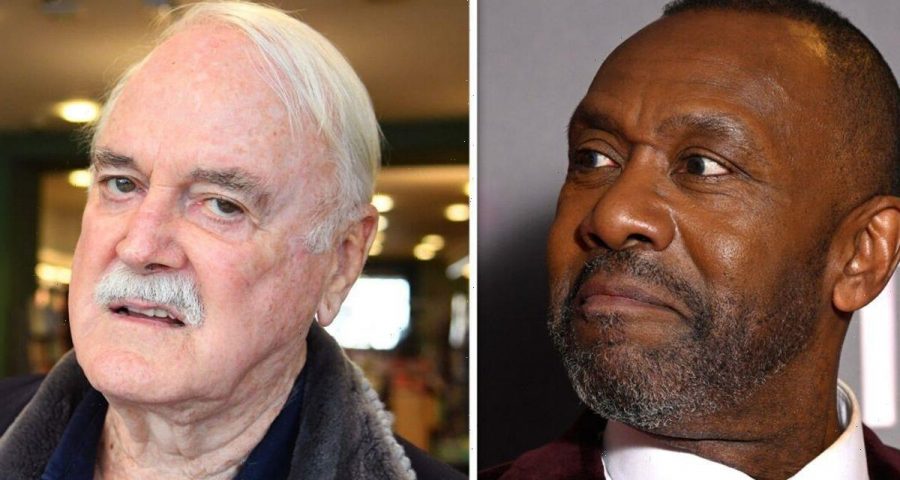 Sir Lenny Henry has responded to John Cleese’s comments about cancel culture and freedom of speech. Fawlty Towers legend John, 83, recently said cancel culture was part of the reason he and others like him were no longer on TV screens.

John, whose career has spanned since the 1960s, announced he would be hosting a programme on GB News from 2023.

He told BBC Radio 4’s Today programme there was a “massive amount of important information” which was being “censored” and said viewers should be “prepared to be shocked”.

He also said he wouldn’t make a programme with the BBC today, saying he would be cancelled or censored.

The Eurovision host said “cancel” was the “wrong word” and should instead be “accountability”.

Graham added at the Cheltenham Literature Festival via the Telegraph: “John Cleese has been very public recently about complaining about what you can’t say.

“It must be very hard to be a man of a certain age who’s been able to say whatever he likes for years, and now suddenly there’s some accountability.”

Speaking to Express.co.uk at the National Television Awards, Sir Lenny added: “It’s not about people being cancelled.

Along with addressing cancel culture, Sir Lenny also spoke about growing diversity within the television industry, while calling on the need for more non-white people behind the camera.

“So third or fourth lead [actor] but there’s nobody behind the scenes making the programmes as far as I can see.”

He went on to say: “To help people who aren’t the security guys and women in the canteen, actually making decisions about what programmes get green lit and commissioned, is wonderful and we have to push for that.

“Because if you can’t see it, you can’t be it. So when you go into a meeting and you’re the only black person there or the only woman or only gay person, it can affect you.

“It can make you think, ‘Do I belong in this world?’ And we do. We absolutely do. Stories, news, documentaries, everybody – not just a group of people who all went to the same university.”

Lenny was at the ceremony after he was given the Special Recognition Award for his long career and important work in the industry.

Adding what was needed to improve diversity: “More different people doing the gatekeeping and you may see the conversation moving further.”

Sir Lenny also offered up some advice to upcoming creatives: “I think the young talent actually know what they’re doing, you know.”

He said: “Young people now know what they want to do. For anyone out there who still needs advice, never give up.

“And I think if you never give up, if you’re determined. I was c*** for ages.

“You have to keep trying and something will click and people will get you. It might take a while.