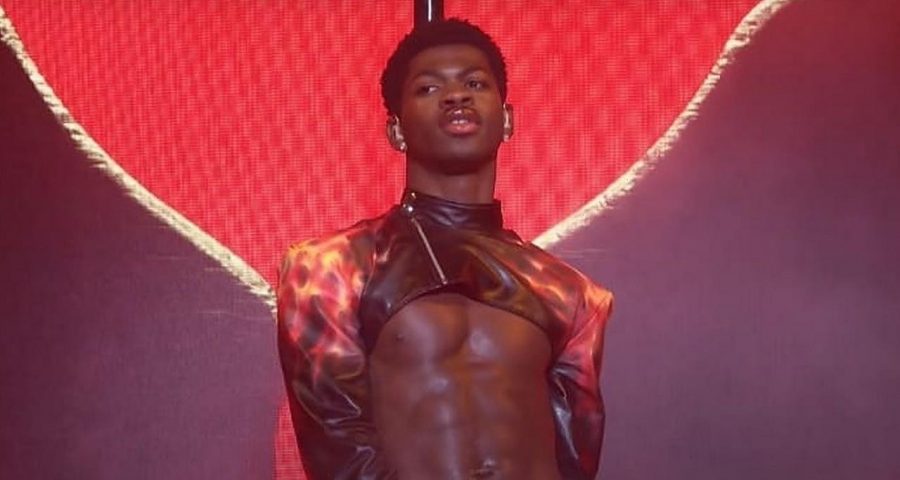 The ‘Montero (Call Me by Your Name)’ hitmaker opens up about the last-minute fiasco happening before his first performance on ‘Saturday Night Live’ over the weekend.

AceShowbiz –Lil Nas X faced a last-minute rush to recruit new dancers for his debut appearance on “Saturday Night Live” after one of his original backing performers tested positive for COVID-19.

The “Old Town Road” hitmaker served as the musical guest for the season 46 finale over the weekend (22May21), when he suffered a wardrobe malfunction live on air as he split his pants while performing a pole dance routine to his latest smash hit, “Montero (Call Me by Your Name)”.

But the embarrassing incident wasn’t the only problem Lil Nas X faced on the “Saturday Night Live” set.

On Sunday, he tweeted, “At first i was afraid to even perform. then we rehearsed for 2 weeks, then all of the dancers got removed because one had covid and new ones had to learn the routine in 24 hours, and then i ended up ripping my pants and couldn’t finish. everything happens for a reason tho lol (laugh out loud) (sic).”

His performance coach KJ Rose has since revealed the fiasco regarding the dancers actually occurred just 15 minutes before the first show rehearsal.

Rose told the New York Post’s Page Six, “We landed in New York on Wednesday, and Thursday we learned that one of the six dancers tested Positive, but there was only one dancer who was vaccinated! We literally found out 15 minutes before (his first) rehearsal.”

Despite the panic, Lil Nas X was able to keep a clear mind and press on with the gig.

“He’s the king of the push-through,” she added, “but I wanted to make sure he didn’t harp on the news, so while we were jogging through the studio – I was hyping him up with affirming and encouraging words. We left the news in the dressing room, where he’d heard it and he rehearsed by himself as if he had dancers. He did it all as if they were there.”

Choreographer Sean Bankhead subsequently came to the rescue by flying in a whole new dance crew and teaching them the moves online.

Rose shared, “They learned the choreography over Zoom Thursday night, flew in Friday, rehearsed and shot the show on Saturday.”

In addition to Montero, Lil Nas X also performed his latest single, “Sun Goes Down”, on “SNL”, which was hosted by “The Queen’s Gambit” star Anya-Taylor Joy.