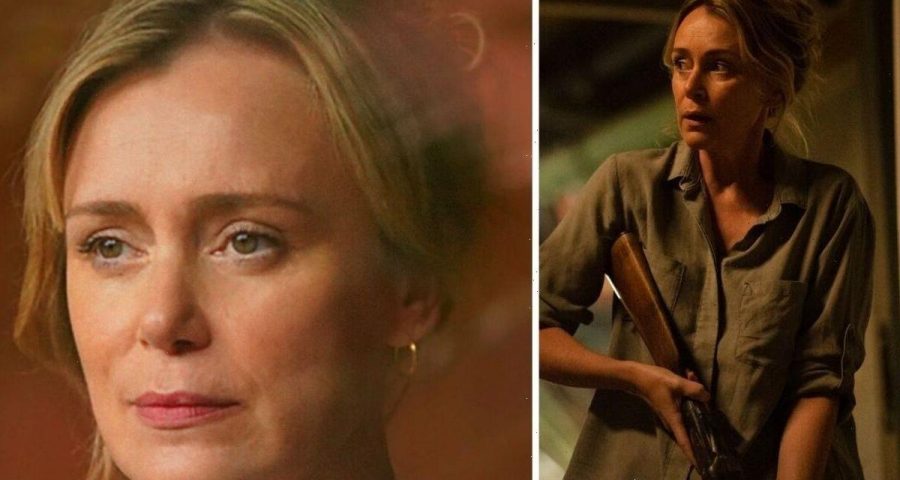 Bodyguard and Line of Duty actress Keeley Hawes is set to star in the new BBC crime thriller Crossfire as Jo, a former police officer who stepped away from the job after she had children. The series sees a group of friends, their husbands and children decide to take a holiday away together, but when gunmen storm the resort, the group are forced to make life-changing decisions. Keeley recently opened up about the heavy use of firearms throughout the series and admitted it was “strange” to use them in front of members of the public.

The series sees Jo and her husband Jason (played by Lee Ingleby) have some marital problems whilst away, leaving their friends Miriam (Josette Simon) and Abhi (Anneika Rose) and their husbands to watch on awkwardly.

The story is told in real-time with both flashbacks and flash-forwards as viewers watch the events in the lead-up to the attack.

All the little things which seemed significant before the dreadful attack, now mean nothing.

The series was filmed on the Canary Islands in a luxurious resort and sees Keeley’s character at the forefront of the action. 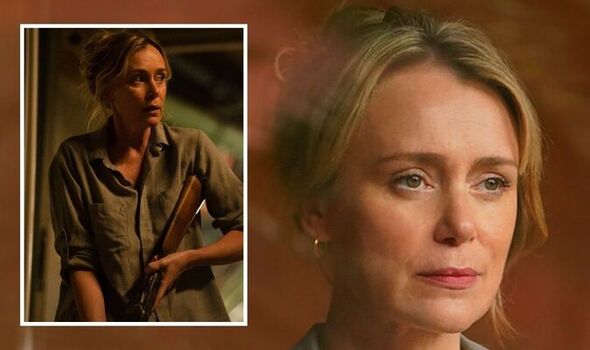 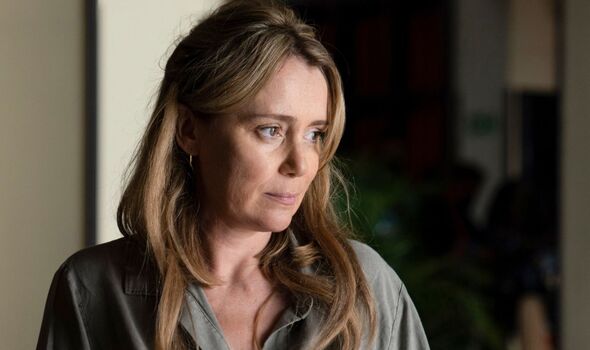 Despite having used guns in series such as Line of Duty, Keeley admitted this time was different as they were sharing the resort with members of the public on their holiday.

Writer and creator Louise Doughty revealed to Express.co.uk and other press: “We were basically trapped in the resort.

“We were all staying in the same resort that it is shot in, it was a Covid shoot which really upped the ante.”

Keeley added: “There were also people on their actual holidays, some were aware we were going to be there but some weren’t.” 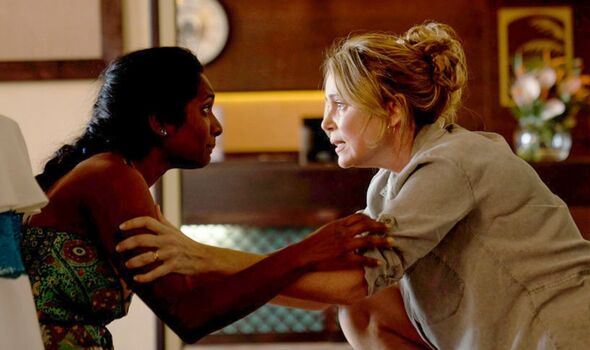 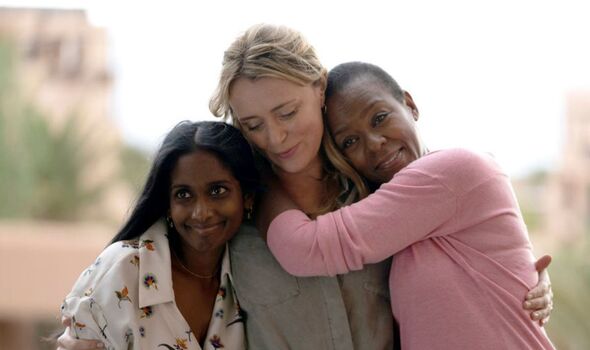 Speaking about working with firearms around the public, Keeley explained: “It’s an action thriller, I was part of the action here.

“That was very exciting and very telling I think about the way things have been. But also shooting with people sitting around us on sun loungers was… strange.

“Walking around with a rifle and having children run past was… quite something.”

Keeley praised Louise for her “impeccable” writing as she has made the series more about the women and their journeys rather than the gunmen.

The Line of Duty star expressed: “The thing to say is that it is not about the guns, it’s a story about these families and the human aspect.

“Nobody felt comfortable about the guns but they are a part of the show.”

The series will run for three, hour-long episodes on BBC One, over consecutive nights so viewers won’t have to wait for long for the next instalment.

A synopsis of the show reads: “Sunbathing on her hotel room balcony while on a dream holiday with her family and friends, Jo’s world is turned upside down when shots ring out across the complex.

“Gunmen, out for revenge, have, in an instant, turned a slice of paradise into a terrifying heart-breaking hell.

“A story of survival and resilience, Crossfire is an edge-of-your-seat nail-biting thriller yet also emotional, intimate and relatable.

“With the unsuspecting holidaymakers and hotel staff forced to make monumental split-second life or death decisions, the consequences will linger long after the final shots are fired.”

Crossfire begins Tuesday, September 20 from 9pm on BBC One.