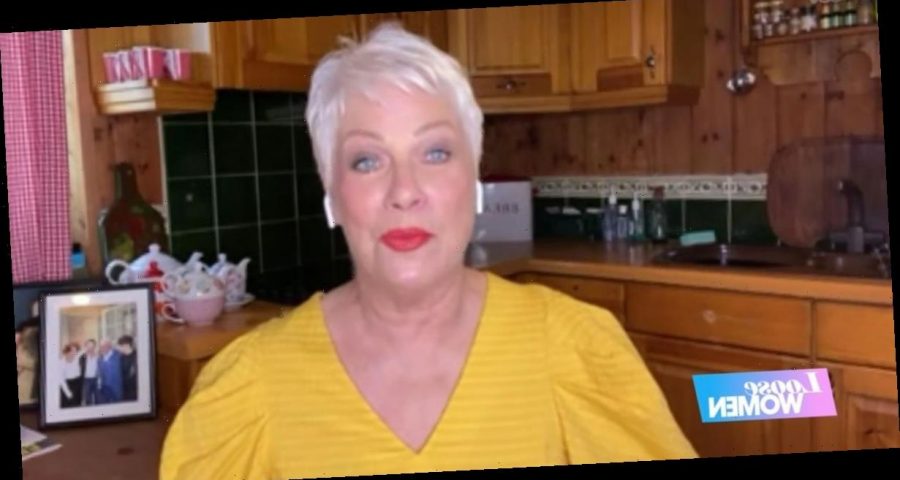 Join the Secret Elves to get first access to our exclusive reviews of the must-have products this year.

Loose Women’s Denise Welch appeared on the ITV show on Wednesday from her childhood home via video link, as she told Ruth Langsford and viewers at home she was taking care of her dad after he suffered a fall.

Introducing the show was anchor Ruth Langsford today, who pre-warned: "First of all you might notice Denise is talking to us from somewhere different today. Where are you Denise?"

Dressed in a summery yellow blouse and sat against a backdrop of wooden kitchen cabinets, the actress shared: "Well I’m actually in my childhood home, which hasn’t really changed very much.

"My dad Finn, friend of the show, has not been well bless him since Christmas," she explained. "He’s got to have a gall bladder operation and he had a bit of a fall the other night."

The presenter went on to say she and her sister are sharing care duties for their beloved dad as he continues to recover from his ongoing health difficulties.

"I drove up hastily to see him," Denise continued. "And he wants everybody to know that he’s alright but it was a bit of a shock to the system.

"So I’m coming here from County Durham, where I grew up," the star said. Denise added that being back in her home county is "full of nostalgic feelings", and a concerned Ruth shared her well wishes for the star and her family.

"Give Finn our love won’t you and hope for a speedy recovery," the This Morning presenter finished.

Despite an emotional start things quickly took a hilarious turn as the group, which also consisted of Janet Street-Porter and Brenda Edwards, began talking about sex tapes and whether messy bedrooms were a turn-off. "I’d judge someone based on the state of their bedroom even if I was a surprise visitor," Ruth said cheekily.

As the group laughed over the idea of Janet Street-Porter having a sex tape following a conversation segue-way, Ruth suggested: "I think we’ll go to the break now?

"Is there a secret Janet sex tape out there?" she laughed.