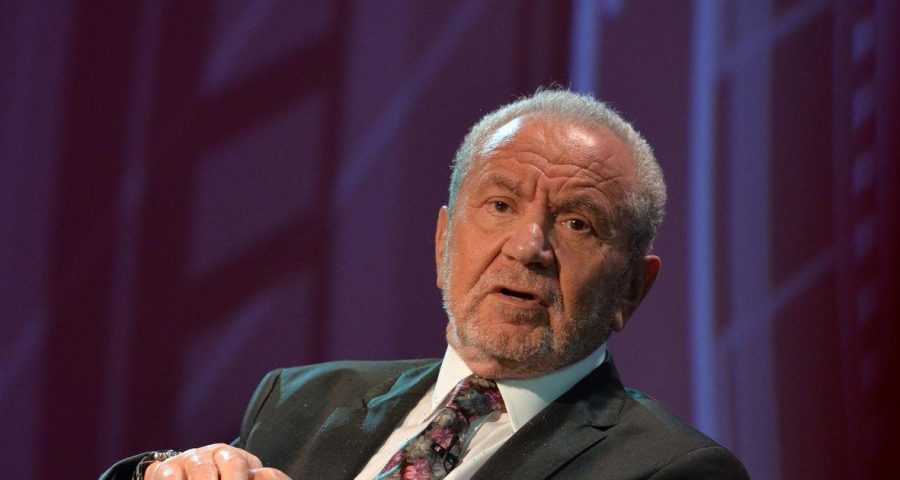 As The Apprentice prepares to move to a Thursday night slot for the first time ever, Lord Sugar has hit out at the BBC over a scheduling clash with Dragons' Den.

Both business-based shows will now air on the same night, with the Dragons taking their usual seats in the Den at 8pm before The Apprentice returns at 9pm on BBC One.

Shortly after, fans will be able to catch spin-off show The Apprentice: You're Fired! at 10pm on BBC Two.

But it appears Lord Sugar might not be too pleased with the plans for the channel.

Speaking to Daily Star and other press, he suggested that BBC bosses are attempting to turn Thursdays into a 'business night', explaining: "I only noticed myself that the BBC had decided to play Dragons’ Den beforehand [this week] and I’m not quite sure what their thinking is.

"Perhaps they’re making Thursday business night or something, I don’t know. They don’t share their scheduling ideas with me."

He went on to take a cheeky swipe at his rivals in the Den, adding: "There is an argument that says you’ll get so bored you might not bother to tune into us afterwards."

But he quickly insisted: "That’s a joke! It’s a joke, don’t take exception to it." Taking it all in his stride as usual, Lord Sugar continued: "But I should imagine that it’ll be a nice warm-up to The Apprentice.

"They’ve moved the scheduling to a Thursday for the first time ever in 16 years – it’s always been a Wednesday night thing. Again, this is a BBC decision which was not shared with me, I was just told about it. But it should make no difference whatsoever."

"From social media I can see that there’s a hunger from people who are very anxious for it to come back on their screens."

It isn't the first time Lord Sugar has taken aim at the BBC.

Last October, he lashed out at showrunners for "ruining" The Repair Shop, tweeting: "People really like the show The Repair Shop, lately, it seems to focus more on sad stories of the owners rather than showing the repair of the object.

"This distracts from the original concept of seeing the repair executed. Please fix it @BBCOne you are ruining a great programme."

And the BBC isn't the only thing the business mogul takes exception to, as he also didn't hesitate to make a dig at Prime Minister Boris Johnson – who, he assured fans, wouldn't make it through The Apprentice audition process.

Quizzed about members of the government appearing on the show, Lord Sugar explained: "They wouldn't pass the audition test. Including our great leader, Boris – and that's just for his hair alone.

"They wouldn't get through the stringent audition process."