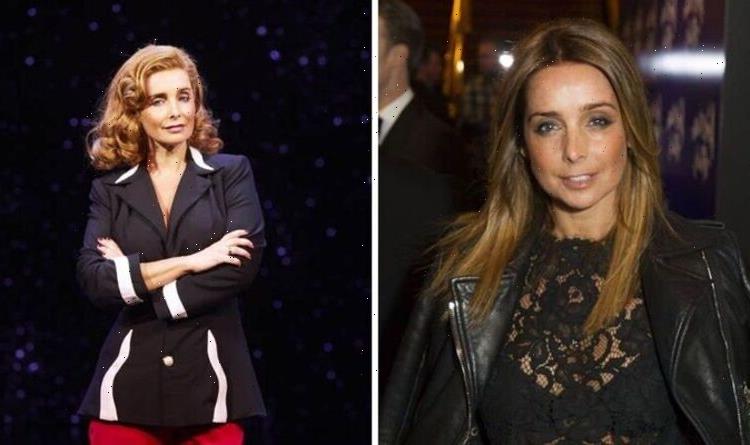 Louise Redknapp reveals she missed out on role in Friends

Louise Redknapp joined Sunday Brunch hosts Simon Rimmer and Tim Lovejoy to discuss her role in the play Fatal Attraction. Louise rose to fame as a member of the girl band Eternal before leaving and embarking on a highly successful solo career. Whilst discussing her new career move into acting, Louise revealed the “stupid” mistake she made when turning down the chance to star in the American sitcom Friends.

After discussing her part in Fatal Attraction, Simon asked: “Is this the future then Lou? Do you think in the future you would like to do some more serious acting?”

Louise explained: “I would, and again it wasn’t something, I didn’t sit down with my agent and go ‘I want to be an actress’ it kind of just happened.

“I am at a stage in my life where everything is worth a go; I love having these opportunities, 10 years ago, I never thought I would be sitting here talking about, I mean God, I was with you guys 10 years ago.

“Saying I’m in a play and a really hard-hitting great play, music will always be my passion and my love, and I will always go back to that and but yeah more acting if I get offered the role!”

Tim went on to remind Louise: “Didn’t you reject Friends once in your career?”

Laughing at the question, Louise admitted: “Well, I didn’t reject it, I wouldn’t say it like that, I got a call about doing Friends.

“It was during the days of music out, Top of the Pops was a big deal when you had a record out.

“What characters was it for, Rachel or something?” Simon joked.

Tim seriously asked: “So what was it for a guest appearance?”

Louise confirmed: “Yeah, it was only a small appearance,” to which Tim teased: “On a huge American sitcom.”

“How hard was that decision for you then?” Tim asked. “Because Top of the Pops was so important back in the day for music, was it a tough decision?”

Louise said: “It was, and it was one of those things where back in the day a big news producer would come into Top of the Pops, everything was live, it was really hard to get on there.

“You could have a top 10 record and still not get a slot on there, and it was the days where records climbed, and it moved albums.

“That was my job, that was my passion, you have to prioritise something.”

Simon added: “It is also a nice story to say ‘I turned down Friends’.”

“I was really young as well, but yeah, no regrets!” she confirmed.

In 2016, Louise was announced as a contestant for the BBC’s flagship show Strictly Come Dancing.

The following year, she made her stage debut starring as Sally Bowles in Cabaret (National Tour) with Will Young and in 2019 made her West End debut in Dolly Parton’s 9 to 5 The Musical (Savoy Theatre) as Violet Newstead.

Sunday Brunch airs Sunday at 9:30am on Channel 4.