LOVE Is Blind has hooked Netflix viewers but one scene from the finale which dropped yesterday has left viewers baffled.

Giannina Gibelli and Damian Powers were about to go through with their ceremony when Giannini decided she couldn't say "I do" and did a runner at the alter.

As the cameras attempted to follow her, she slipped on a hill she was running down and leaving her sparkling white dress covered in mud.

Her mother left the venue to talk to her, and they later returned, with Giannini deciding to speak to Damian and explain her actions.

But when she returned to the venue, there was no mud stains to be seen. 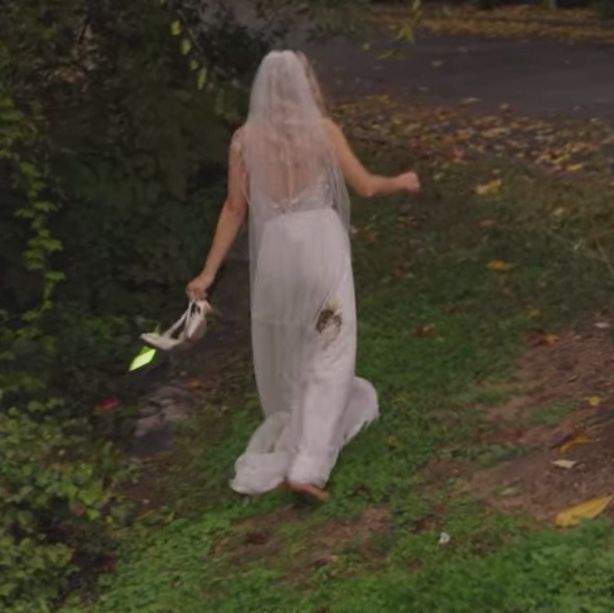 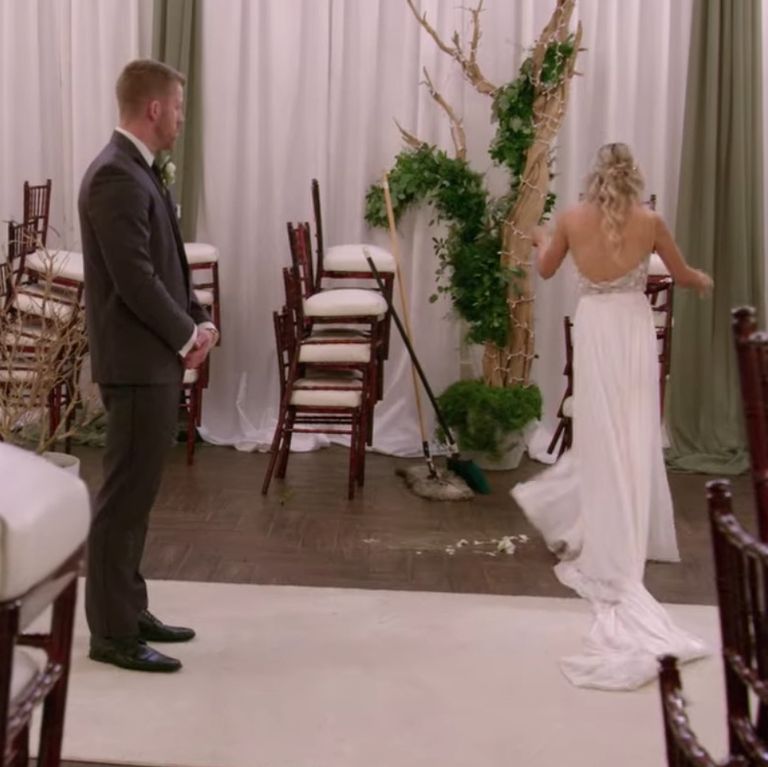 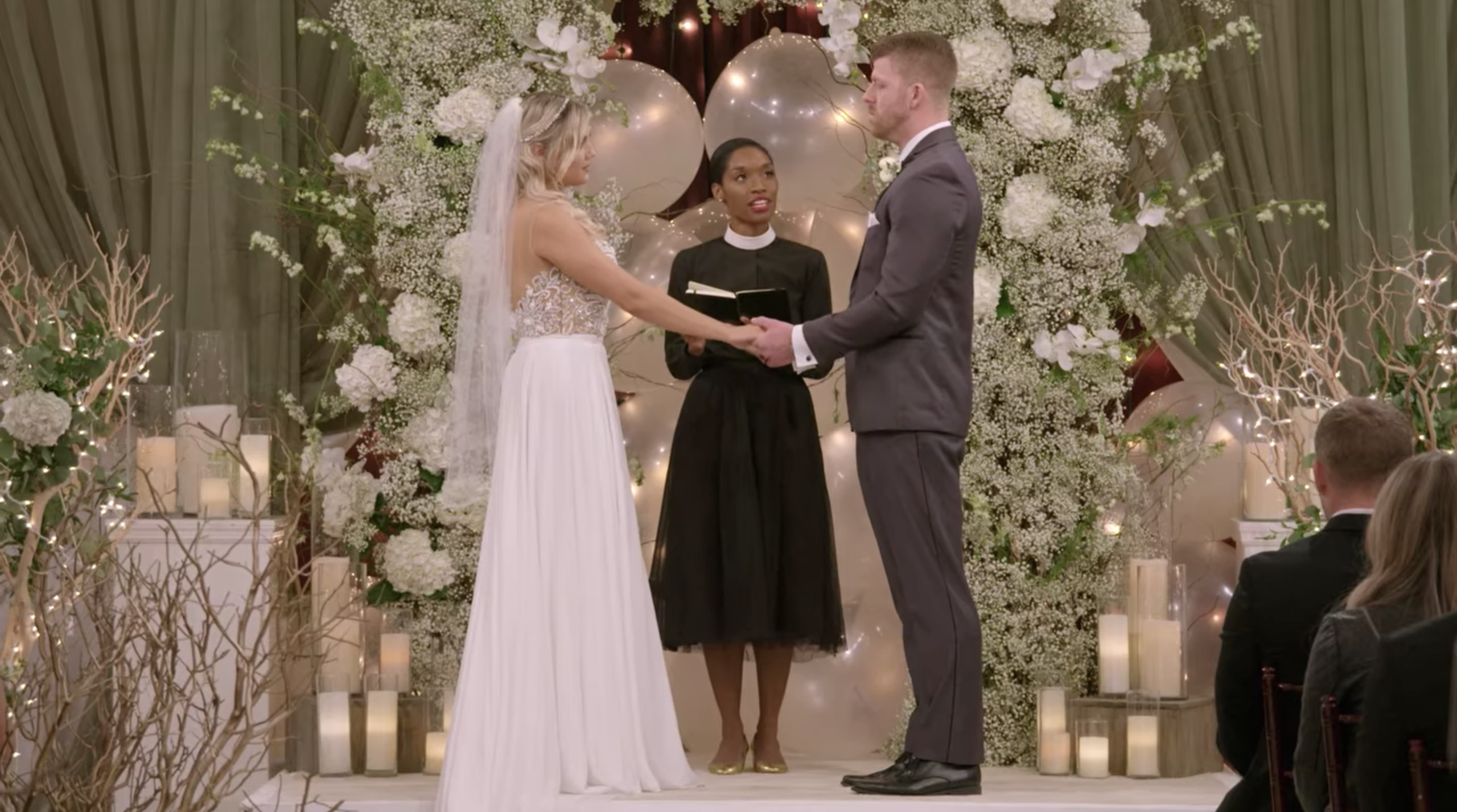 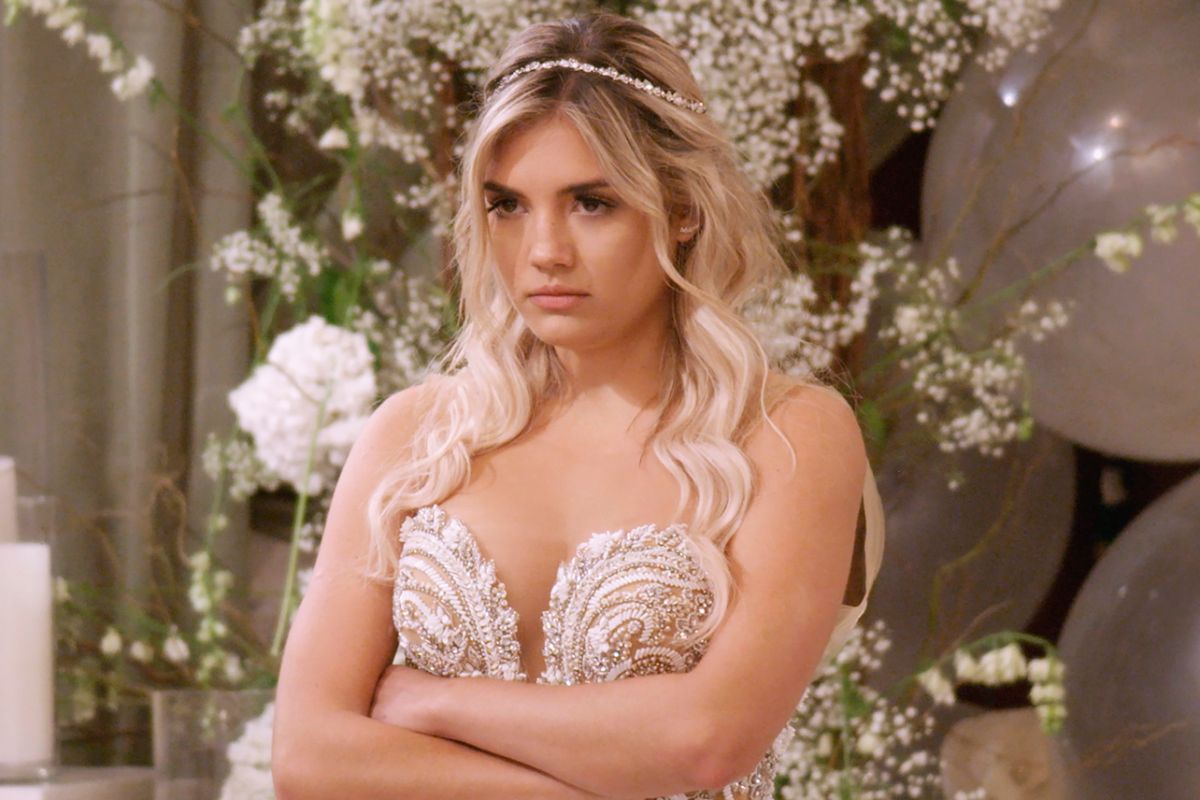 "Can someone explain why Giannina’s dress was covered in mud after she fell but then it was sparkly clean again when she was talking to Damian?" asked one viewer while another added: "But how did they get the stain out of Gianina's dress after she fell?"

"No shade but what happened to that mud stain on Gigi's wedding dress…it just disappeared!" questioned another.

While one baffled viewer shared: "Okay so Gianina fell and ruined her dress but next scene she comes back to talk to Damian and it looks brand new ??"

The Netflix reality show has become a huge social media success for the streaming service, with the network teasing an upcoming reunion episode which fans are certain confirms who is still together. 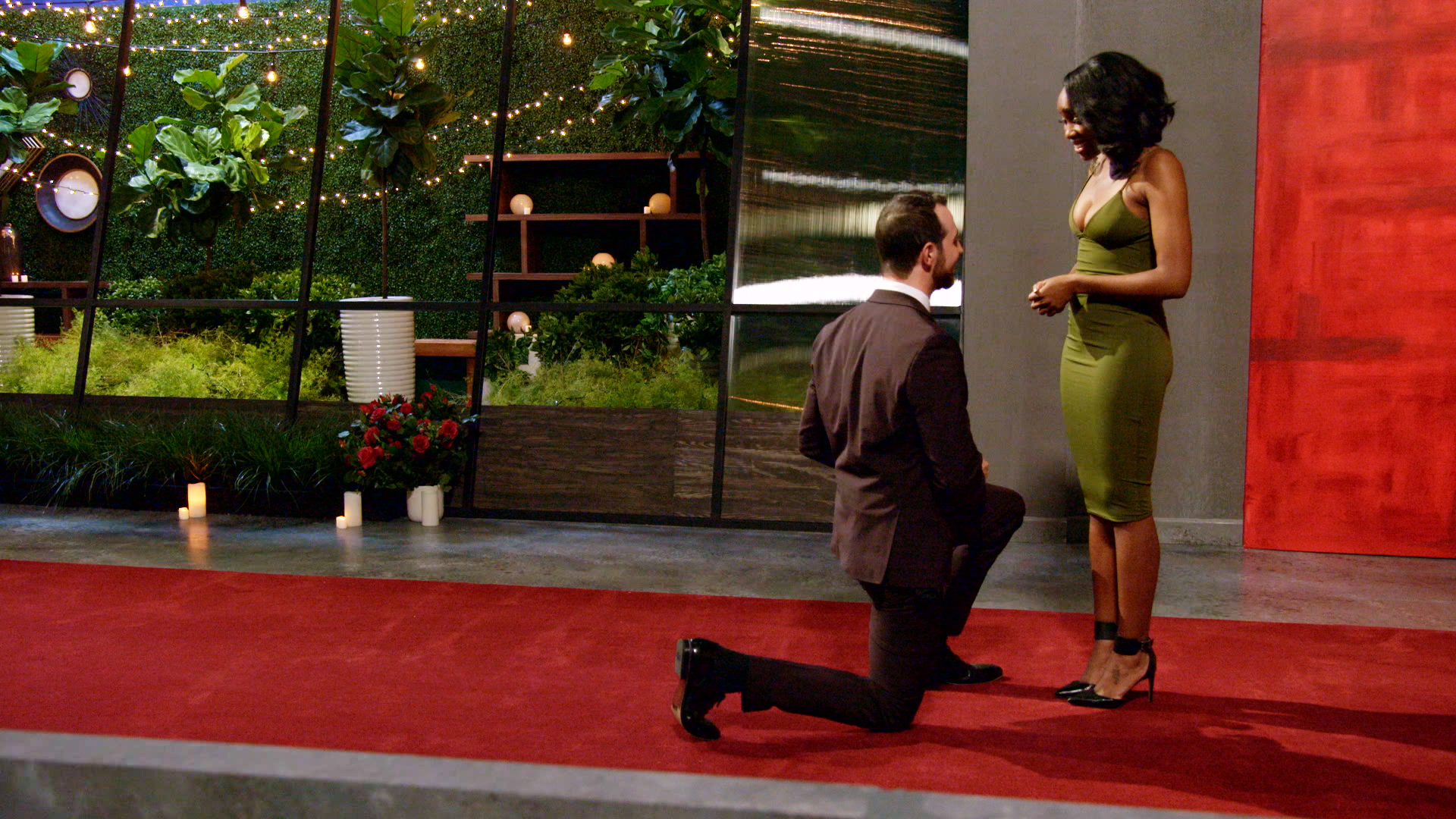 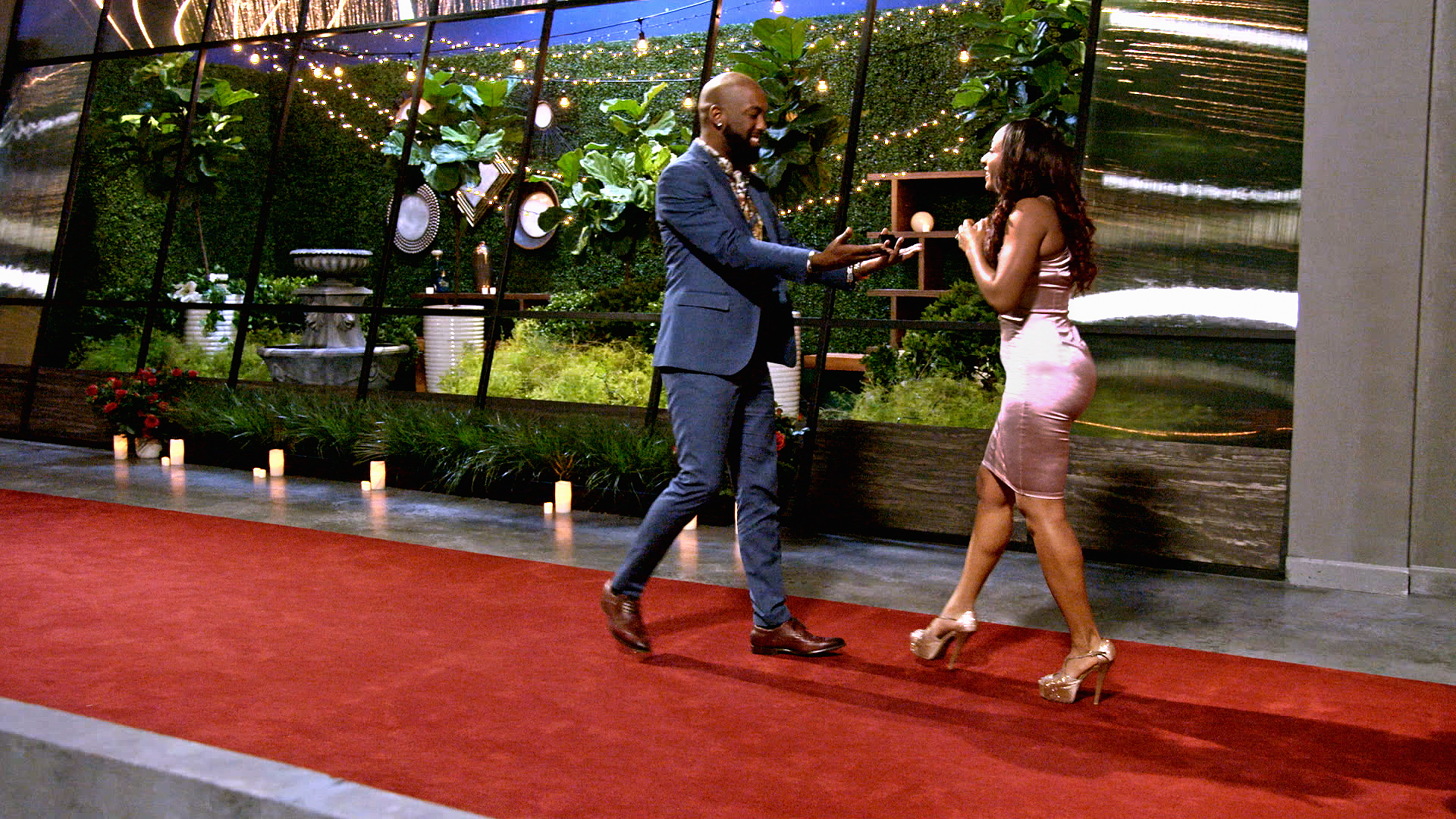 On 5 March the hit show will return for a special one-off episode and Netflix shared a teaser picture which fans have decoded.

"The final episode of Love Is Blind premieres tomorrow! But the story doesn't end there…," read the caption, "on March 5, all your burning questions will be answered in a can’t-miss reunion special hosted by Vanessa and Nick Lachey".

Couples Lauren Speed and Cameron Hamilton both appear to still be together, as they are sat next to each other with Cameron's arm wrapped around Lauren.

Amber and Barnett also appear to both still be together, as they sit close by with Amber – rocking a new blonde do – placing her arm on Barnett's knee. 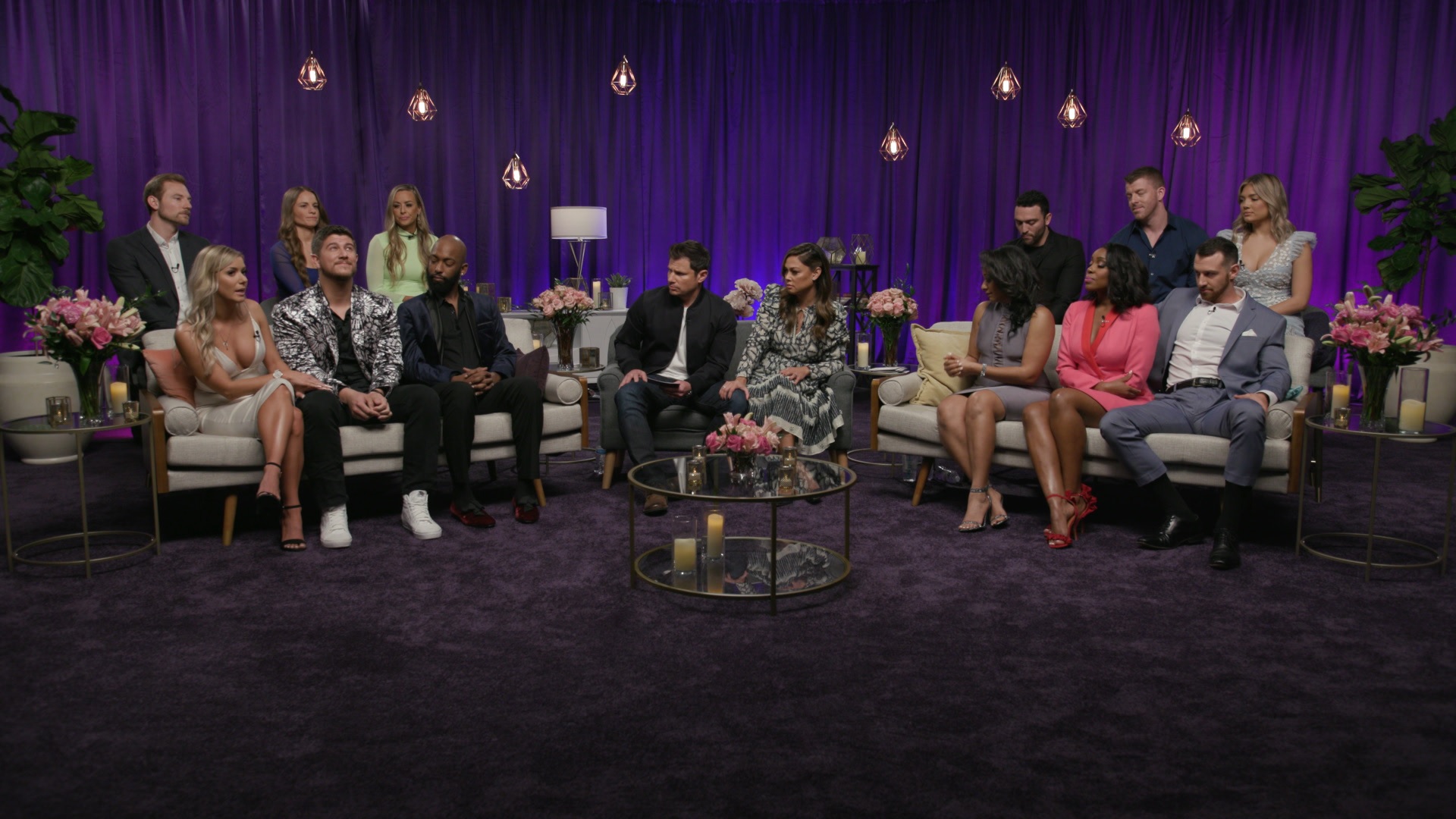 Mark and Jessica are sat on opposite sides of the room, as are Carlton and Diamond, hinting at continuing major trouble.

Kenny and Kelly are sat next to each other but with some considerable distance between them.