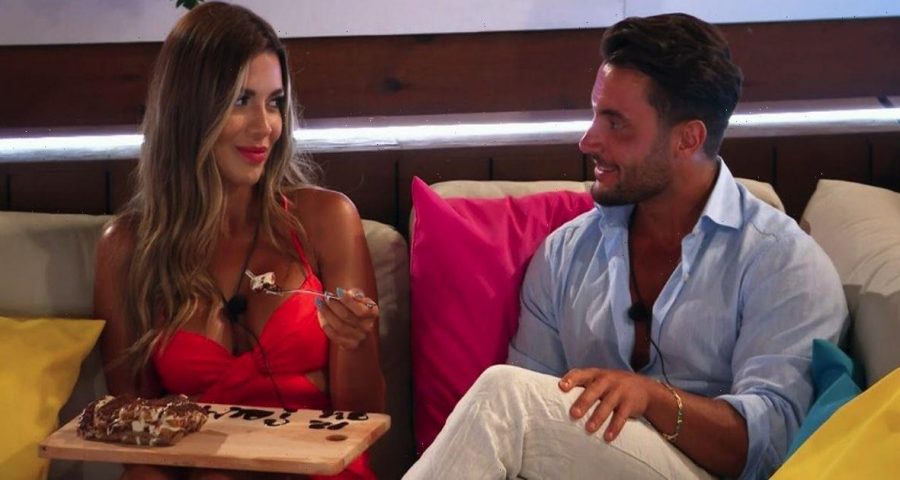 Love Island viewers were quick to react after Adam Collard, 26, told Luca Bish, 23, and Paige Thorne, 24, that he thought Ekin-Su was "punching" with Davide.

In Monday night's (July 25) episode of the ITV2 show, while standing in the kitchen, Paige made to a comment to Luca which implied she thought Gemma Owen, 19, was more attractive than him.

Adam Collard, attempting to diffuse the tension said, "I'm punching", which he intended as a compliment to Paige. But Luca disagreed and clapped back, "no you're not,". An insulted Paige then began to walk off saying, "I understand you need to back yourself but also, be realistic, you are punching, Luca."

But it was when Adam waded back in and started giving his opinion on other couples who were punching that viewers on Twitter decided to have their say. He said: "I think Ekin-Su is punching with Davide."

He continued: "Davide is a really good looking lad, you can't knock that. But Ekin-Su's fiery personality is what like, do you know what I mean, that can make someone more attractive."

A third said all in capital letters (to demonstrate extra rage, presumably): "HOW CAN ADAM SAY EKIN IS PUNCHING, DAVIDE IS DEFO PUNCHING LOOK AT MY QUEEN."

While a fourth added: "Adam don’t say Ekin is punching because your the only one punching."

Davide had viewers in tears this week as he prepared a romantic dessert for Ekin-Su and asked her to be "exclusive". Fans took to social media to share their thoughts, with one saying: "I must say I love how Davide asked Ekin-su to be exclusive. FOOD, that's the same way to a woman's heart none of this rubbish 'go where we had our first kiss'".

Another added: "Davide and Ekin-Su being exclusive has filled my heart".

While a third person enthused: "davide and ekin-su are officially exclusive…I LOVE THEM SO MUCH".

A fourth wrote: "I've never smiled at a couple becoming exclusive as much as Davide and Ekin-su".

Love Island continues every night on ITV2 and ITVHub at 9pm.