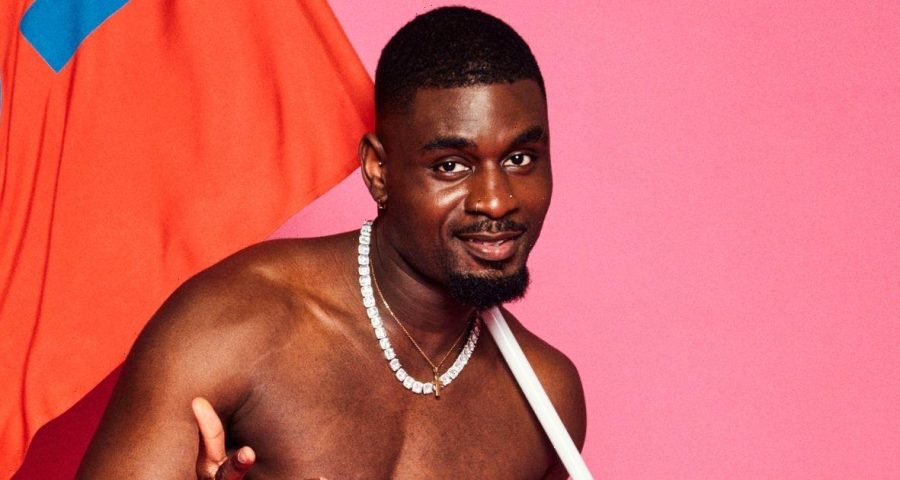 Love Island fans were left floored on Monday's opening episode as Dami made a rather X-rated confession about his manhood.

During his VT ahead of entering the villa and being paired with Amber, the 22-year-old senior microbiologist from Dublin revealed that he has a "heart-shaped" mark on his penis.

Dami said: "Basically, I have this gift or something, I have this like birthmark shaped heart on my penis and usually like the way it goes, whenever I tell a girl: 'Oh, I have that!' they don't believe me… and then I show them, I call it my love stick!"

Taking to Twitter after the confession, one person said: "We didn't to know about your heart shaped penis Dami. #LoveIsland."

A different account joked: "We did not need to know what’s on ur penis sir #loveisland."

Another follower wrote: "Dami did NOT just tell us about a birthmark on his penis #LoveIsland."

Another viewer put: "Nobody, absolutely nobody, Dami: I have a heard shaped birth mark on my penis…. #LoveIsland."

While another show watcher added: "Did he really just say he has a heart on his penis ??? #LoveIsland."

During the show, Love Island unveiled its 2022 couples after the public was asked to vote for their favourite pairings.

During the first episode of the new series, host Laura Whitmore, 37, revealed a new ITV2 show twist as she explained that for the first time ever the public had been asked to pick the couples.

Speaking to the girls – Paige, Indiyah, Tasha, Amber and Gemma, she said: "Well girls, it’s time to couple up. There is something I haven’t told you yet – things are a little different this year.

"You thought you’d all be stepping forward for the boys you fancy the most. However, this is Love Island and you never know what to expect. For the first time ever, we asked the public to play cupid and pick the boy they thought you should couple up with."

To which the boys – Dami, Liam, Ikenna, Andrew and Luca – then made their entrance and met the girls for the first time.

The first couple was revealed as Dami and Amber to which the latter admitted to whether she was happy over the coupling: "I mean yeah, why not, I suppose we'll see" with Dami adding: "I'm happy, I'm happy!"

However, this wasn't the only show twist and later in the episode new boy Davide made his entrance as the first bombshell of the series.

And after a game of dares, Davide received a text which read: "Davide, in 24 hours you will couple up with a girl of your choice, leaving one boy single and vulnerable #italiansnack #ciaobella."