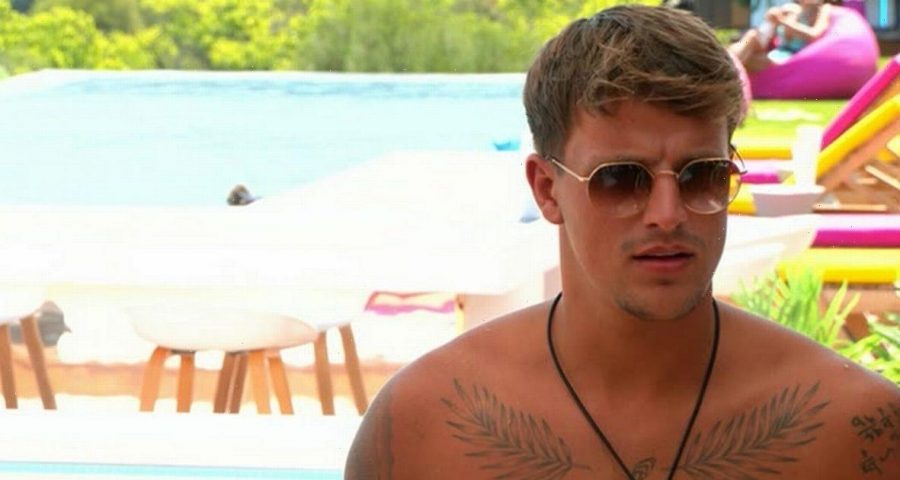 Love Island viewers have fumed at Luca Bish over his "punching" comments.

On Monday's (July 25) programme, Luca and Paige Thorne got into a row over who was "punching" with who out of the villa couples.

During the discussion, Luca, Paige and Adam Collard were talking about celeb power couple Mark Wright and Michelle Keegan, after Luce branded the ex TOWIE star "not that good looking".

Then he added how he was "punching" above his weight with former Corrie star Michelle.

The pair then both got offended and things got a little more heated before Paige stormed off and told his partner Gemma.

Fans then stormed to social media to comment on the bust-up, with one writing: "Luca is so toxic, real men admit they’re punching even if they’re not (even tho he is) because they like to gas up their girls #LoveIsland"

Another added: "Luca is so bitter omg always got other people on his mind! hates that ppl want gemma but said it would be an insult to HIM if other men DIDN’T want her, hates that everyone else around him are exclusive, and hates the idea of him being the one punching. a sick man!! #LoveIsland"

While a third penned: "Luca saying Mark Wright is punching and then getting offended when Paige says he’s punching #LoveIsland"

"Luca really said paige was punching while every man in there has been interested in her #loveisland," posted a sixth.

Luckily for Luca, Gemma didn't take any offence to the remark and let it blow over quickly.

However, many of the viewers did not agree that she should have let him off so easily and continued to back Paige.