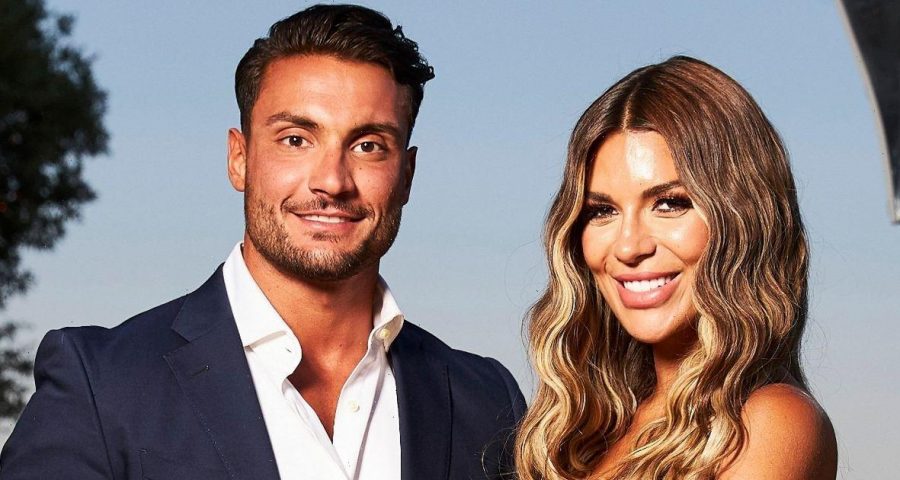 ITV made sure the Love Island finalists all looked their best by treating them to makeovers and haircuts ahead of Monday night's grand final.

The four final couples – Ekin-Su Cülcüloğlu and Davide Sanclimenti, Indiyah Polack and Dami Hope, Luca Bish and Gemma Owen, and Andrew Le Page and Tasha Ghouri – joined Laura Whitmore for the live final of the 2022 series, during which Ekin-Su and Davide were crowned the winners.

We're more used to seeing the Islanders in their swimsuits by day and partywear by night, but they went the extra mile for the final, wearing their most elegant and glamorous looks.

Before cameras began rolling on Monday's live ep, the Islanders were treated to beauty treatments, with the boys getting haircuts and the girls having access to professional hair and make-up for the final show.

Ekin-Su stunned in a cream mini-dress with a feathered detail at the hem, while swapping her usual long, straight locks for textured beachy waves.

Her partner Davide, meanwhile, looked smart in a black suit jacket and trousers with a white open shirt.

Gemma often wore her hair up during the series.

But for the final, she sported a sleek blow-dry, while Luca, who came in second place with his beau, rocked his fresh trim with a more casual black shirt and trousers with white trainers.

Third place couple Indiyah and Dami opted for contrasting outfits, with Indiyah looking glamorous in a sequinned long-sleeved dress with an asymmetric hem.

She wore her hair in a sleek ponytail, while her partner Dami brightened things up in a yellow t-shirt and dark trousers.

Tasha and Andrew, who finished the series in fourth place, looked loved up together as the model wore a baby pink dress with a dramatic tulip hem.

Her estate agent partner went for a jacket, shirt and trouser combo in earthy tones.

Tasha and Andrew were the only finalists to have been paired up by the public way back when the series began.

Former Love Island winner Millie Court – who won the show last year alongside Liam Reardon – recently opened up on the process ahead of the final show, sharing how the Islanders get ready for one last night in the villa.

“Towards the final, you really think ‘This is it now, this is your final night. It’s over, you’ve got to pack your bags and move to a different villa’. They would even let us play music!" Millie told OK! about the final.

"One producer got her phone out and was like ‘Right, get your requests in’. It was amazing because we hadn’t listened to music for like two months."

She also shared how the Islanders are treated to beauty treatments they might not normally get.

She explained: “On the final day, we had our nails done. Someone came in [to the villa]. All the boys got haircuts and we could get our hair done. We could get our makeup done as well but I did my own.

"It was so nice to get nails, we just had stick-on nails the whole time, they would fall off after day two so you’d just be constantly be re-sticking your nails on. For the final we got acrylics.”

Love Island may be over for 2022, but fans don't have long to wait as the reality show is set to return for two whole seasons next year in 2023.