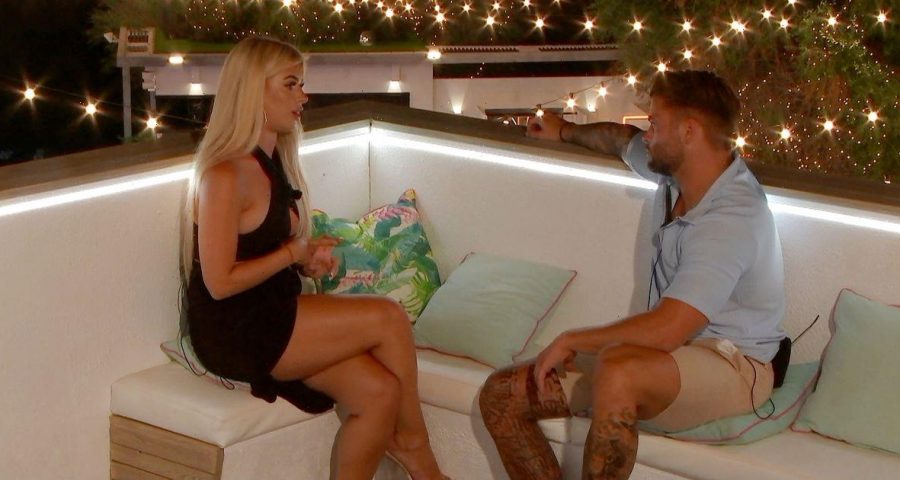 Love Island favourite Liberty Poole continues to express her doubts over boyfriend Jake Cornish during tonight’s instalment of the show.

As life in the villa gets ever closer to drawing to a close, the Islanders are wondering whether their partners are genuine, and this week has seen Birmingham girl Liberty, 21, suffer a huge crisis of faith.

Following last weekend’s movie night drama, which showed Liberty a clip of her beau encouraging all the other boys to crack on with new bombshells in Casa Amor and him admitting he doesn't want to rip her clothes off, Liberty has been unsure of 24 year old Jake’s true intentions.

Unable to shake her unease, the former university student continues to wonder about their relationship even after confronting him.

And after Thursday night’s Heart Rate challenge, which revealed Jake’s heart was left racing the most by Millie and he prevented her from running over to hug best friend Kaz after she went exclusive with Tyler, Liberty wants answers.

Pulling the water engineer for a chat, Liberty says in tonight’s instalment: “I haven’t really spoken to you today. What’s going on?”

“You tell me what’s going on,” Weston-Super-Mare contestant Jake replies.

“I do feel like since the whole rip the clothes off comment, I’ve been noticing a lot of similar things that have accumulated,” Liberty continues, noting that she doesn’t feel they have spent a lot of time together in recent days.

Frustrated with Liberty’s doubts, Jake tries to assure her: “I don’t know what more I can say. You are my girlfriend.

“You are part of me,” the islander insists, but Liberty, who is fresh off her cowgirl dance session, isn’t convinced, despite fans recently speculating that her worries were actually a secret mission.

Later on in the Beach Hut, the contestant confides that her own trust issues are having an impact.

“He hasn’t given me a reason not to trust him so why am I letting trust issues from the past affect that?” the blonde beauty wonders, later taking Jake for another chat on the terrace.

Find out more about the latest gossip from Love Island with the OK! newsletter in your inbox every day

Having had time to think about things, the couple try and hash out their issues, but it may not be enough if the seed of doubt is already planted.

Jake tells his girlfriend he’s at his “happiest” with her, and not only are they “well suited” but are even “made for each other”.

Fans will have to wait and see what's in store for Jiberty.

Love Island continues tonight at 9pm on ITV2 and ITV Hub. Episodes are available the following morning on BritBox